Hundreds of young protesters demand the arrest of the o... 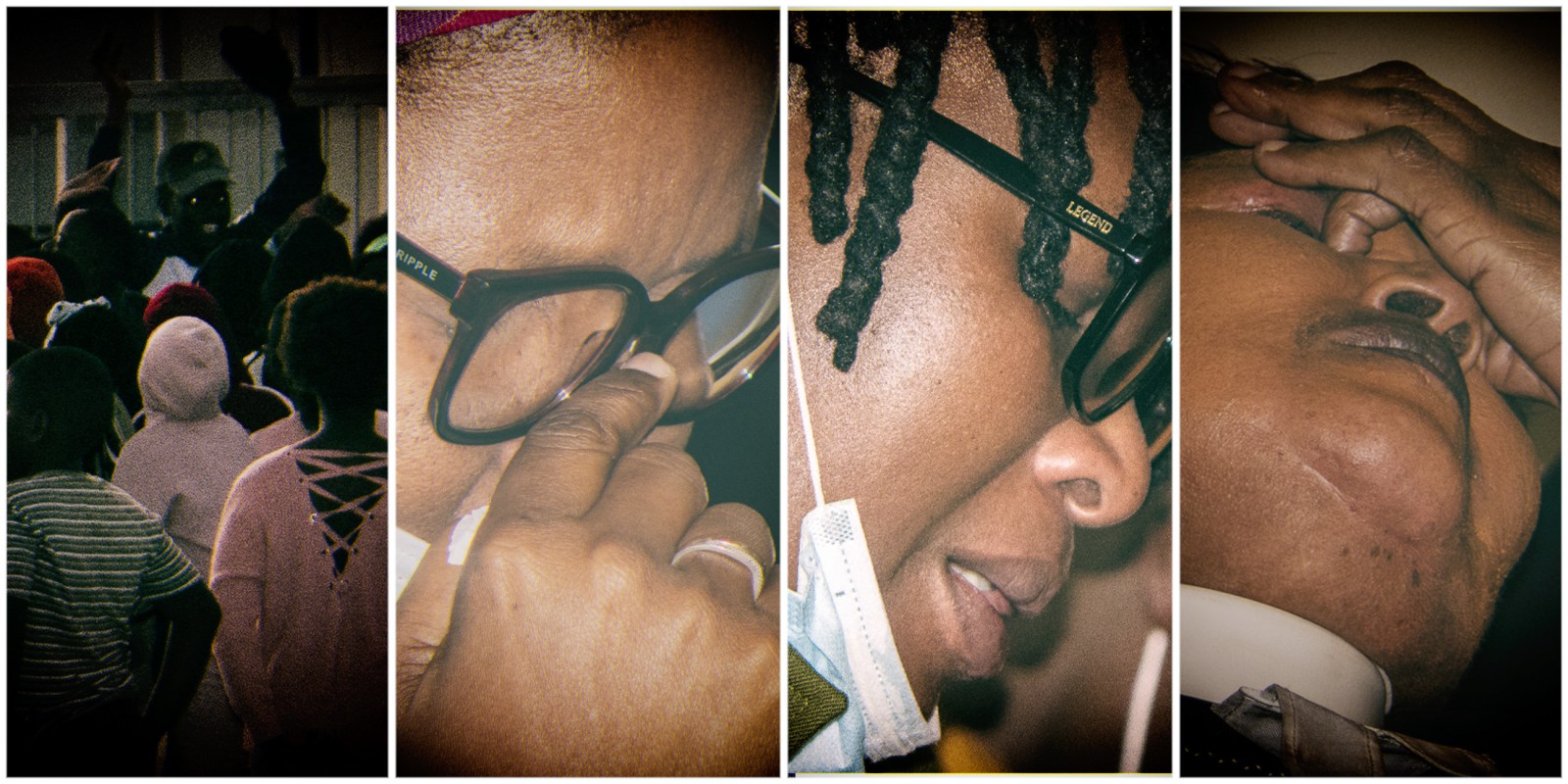 Hundreds of young people protested outside the Scenery Park police station on Monday, demanding the arrest of the owner of the tavern where 21 people, mostly youngsters, died mysteriously on Sunday. On Monday night, five bodies remained unclaimed.

Angry young people and families who lost loved ones under mysterious circumstances at a shebeen in Scenery Park in East London on Sunday have called for the immediate arrest of the owner of Enyobeni Tavern.

Twenty-one people, many underaged, died during a party at the tavern on Sunday to celebrate the start of the school holidays and the end of exams. By Monday night, it was still not known what had killed them.

One of the youth leaders in the community, Langa Miya, said they were tired of tavern owners not following regulations.

“What we want as young people is the truth. We want to know what exactly happened to the deceased, and the owner must be arrested for what happened at his tavern. How can he allow teenagers to enter the tavern?” Miya asked.

On Monday afternoon, a group of young people marched to the Scenery Park Police Station demanding that the owner of the tavern be arrested. They are expected to meet on Tuesday to discuss a march to the tavern.

This came after officials from the Buffalo City Metro Municipality and the provincial government, together with leaders of the religious community, held a prayer service with the families of the dead.

Addressing the mourners, Pakati promised that the municipality would donate 21 graves for free to the families.

“We will do whatever it takes to support the families and we will hold a mass memorial service for the deceased next week Wednesday,” said Pakati.

Read in Daily Maverick: “‘Kuzofiwa’ – a party invitation that foreshadowed deaths of 21 at Eastern Cape nightspot”

During the prayer session, families of the dead shed tears as they remembered their children who died in the tragic incident.

One of the parents who lost a child, Xolile Malangeni, told Daily Maverick that they wanted the tavern owner to be charged with murder.

“No one was expecting the incident. We are still shocked and we want the law to take its course to resolve this issue by shutting down the tavern and arresting the tavern owner,” he said.

After the prayer service, the municipal leaders met with residents at the Scenery Park sports field, where a group of young people mobilised before protesting outside the police station.

The angry crowd demanded that the police take action against the tavern owners and called for the immediate closure of the place, which allegedly allowed young children to drink.

“We wanted to have a meeting with government departments because there are no facilities in Scenery Park. We want the tavern to be closed and action taken against the owner.  We also want recreation facilities in the area,” she said.

Solani said the area has no stadium or playing fields and because of the lack of amenities, children end up doing harmful things.

Eastern Cape Premier Lubabalo Oscar Mabuyane has appointed an interministerial committee (IMC) to coordinate government support for the families of the victims.

Mabuyane said the cause of death of the 21 victims was still unknown and they were awaiting the outcome of forensic tests conducted by a team of experts from the SA Police Service.

“The provincial government has this morning [Monday] dispatched a team of psychologists and social workers to render psychosocial support to the surviving victims and bereaved families affected by the Scenery Park youth tragedy,” Mabuyane said.

“The Scenery Park community, the province and the country at large are still in shock after this incident.”

Mabuyane welcomed pledges from local businesses as well as the NGO sector to support the families with the burial of their loved ones and to augment government services.

“We are pleased and appreciate the outpouring of love, prayers and messages of support, from general members of civil society, to the grieving families and the Scenery Park community at large.”

He said the Eastern Cape Liquor Board had, on Monday morning, served the owner of the tavern with a notice to temporarily close down the business.

“The [Liquor] Act stipulates that in the event that a liquor outlet is posing a danger to society, that outlet should be closed down. No time frames have been given for the period of closure and the duration will be determined by the outcome of the investigation.”

Scenery Park resident Florence Jansen said: “I just cry when I think about this … the picture of those young children’s lifeless bodies dead in the tavern. The community has been petitioning the police to close the tavern because it allowed underage children to drink there and neighbours were complaining of the noise.”

Jansen said they were calling on the Liquor Board to constantly visit taverns and check if they were abiding by their licence conditions.

Eastern Cape Department of Health spokesperson Yonela Dekeda said that of the 21 people who died in the tavern tragedy, five bodies remained unidentified.

“We are hoping that today [Tuesday] the families of those that have not been identified will come forward for the identification process. The postmortems have been completed by last night and the bodies will be released to their families today,” she said.

Dekeda said samples had been submitted to a forensic laboratory for analysis. Once these results were received, the report would be finalised and handed to the police.

She said 16 of those were treated and discharged on Sunday, after presenting with backache, tight chests, vomiting and headaches.

“An additional 10 were observed and were not presenting with symptoms and were released. Two other patients were brought in at Gompo by family members and were dead on arrival. As the department, we wish to send our heartfelt condolences to families of those who perished during this unfortunate and tragic incident,” she said.

Christo Theart, the chairperson of the Centre for Local Community Rights, said it was sad that communities in East London have no say over whether a tavern could operate in their community.

“According to the Buffalo City Metropolitan Municipality Zoning Scheme, an owner of land who wishes to establish a tavern on his/her property must apply for a departure in terms of the zoning scheme. The applicant will then have to complete an application form and submit such to the municipality for approval,” he said.

Theart said the application will then be advertised for comments or objections in the media and a notice will have to be maintained on the premises for 21 days.

“This allows for public participation. However, in Buffalo City this is not the case, as the Eastern Cape Liquor Board issues licences for taverns without referring applicants in the first instance to the municipality to comply with the zoning scheme,” he said

He said many meetings had been held between the municipality and the Eastern Cape Liquor Board to try and convince the liquor board to comply, without any success.

Theart said they were calling on the Eastern Cape Liquor Board not to approve any liquor licences for taverns in the city unless the applicant can prove that they have the necessary approval in terms of the zoning scheme.

“In fact, we call on the liquor board to supply a full list of taverns issued with licences in the city to the municipality, to allow the city to ascertain whether approvals were issued in terms of the zoning scheme,” he said. DM