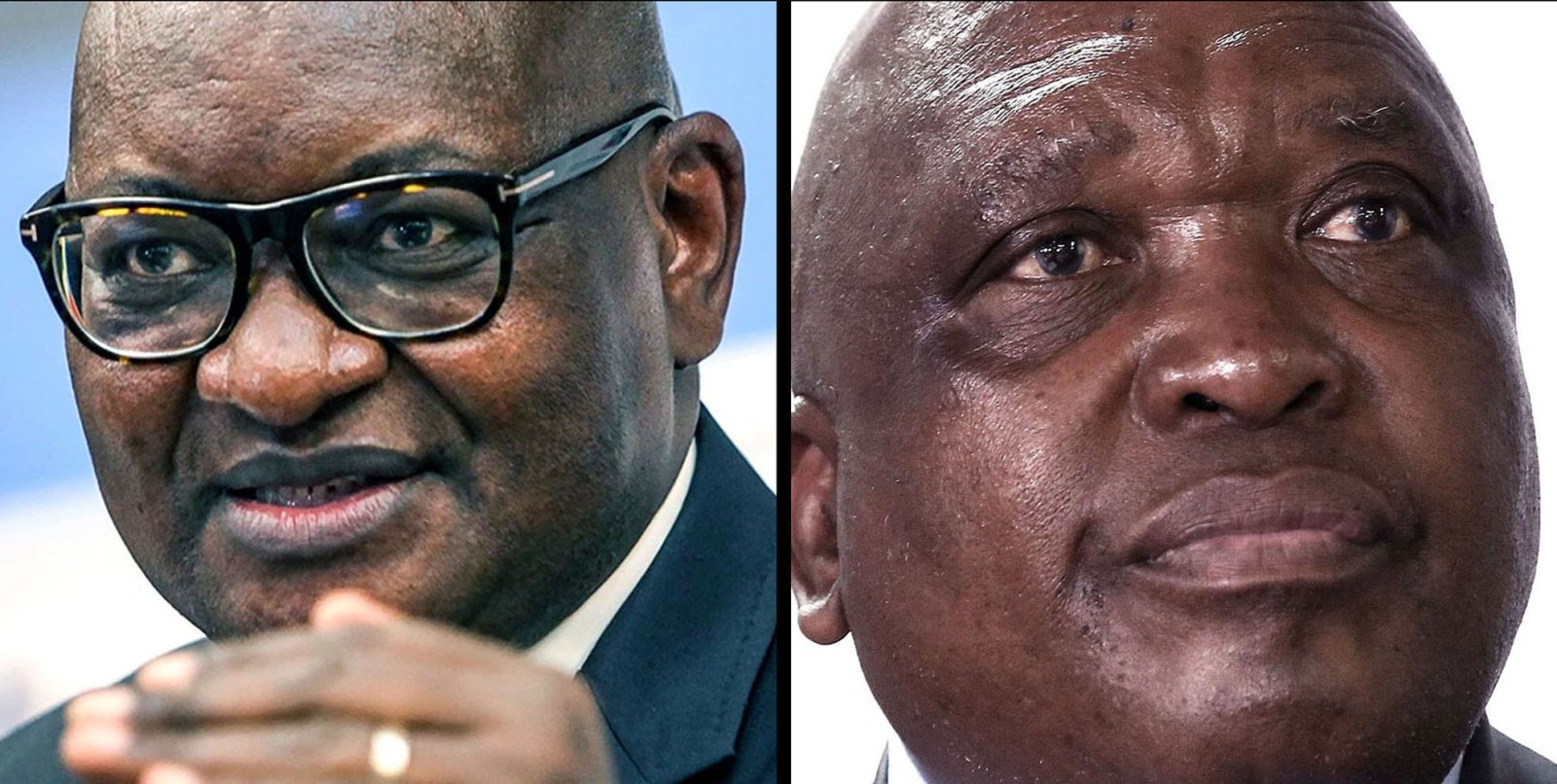 Since Maverick Citizen published an open letter to Minister of Health Dr Joe Phaahla (right) and Gauteng Premier David Makhura (left) eight days ago, what has become known as the ‘I am movement’ has grown in numbers and determination. (Photos: Gallo Images / Sharon Seretlo | Gallo Images / Luba Lesolle)

Gauteng Premier David Makhura has told Maverick Citizen that the Gauteng Cabinet’s Provincial Executive Committee will on Tuesday discuss a report on the state of hospitals in the province. He also promised that after studying the report, he would respond to the demands made by hundreds of health professionals in an open letter published a week ago.

Since Maverick Citizen published an Open Letter to the Minister of Health and Gauteng Premier eight days ago, what has become known as the “I am movement” has grown in numbers and determination.

An online petition that was set up so that more health professionals could add their names to the list has garnered more than 3,500 signatures. In appending their names, many add their own comments lamenting the crisis in the public health system.

For example, in the words of Dr Nadia Nikakhtar:

“I care about the people of South Africa and I have seen them at their most vulnerable when they are sick and helpless and admitted to hospitals that do not have essential medical supplies or facilities.”

“I’m affected by the lack of material and human resources for providing health care at my facility.”

“I am a doctor working in the state sector and I am tired of poor governance and ignoring our pleas for our patients.”

And so it goes on. Heartbreaking.

Those who initiated the “I am” letter include specialists like Dr Rudo Mathivha, the head of Intensive Care Unit at Chris Hani Baragwanath Academic Hospital. Mathihva has spoken out passionately about the lamentable conditions at her hospital.

In addition, doctors in other provinces, such as the Eastern Cape, have put their hands up — or rather their names down — wanting to be associated with the movement.

Every day, a WhatsApp group that includes more than 200 senior health professionals as well as the minister, DG, premier and other senior government officials, is ablaze with stories of rudimentary state failure in managing the public health system. It also floats many constructive ideas on concrete solutions that could help fix it.

The “I am movement” is crying out “emergency”, but often it seems no one is on the other end of the line. Maverick Citizen contacted the Minister of Health and Gauteng’s premier, to whom the letter is addressed, for their responses.

The Minister of Health, Dr Joe Phaahla, is out of the country. However, his spokesperson, Foster Mohale, told Maverick Citizen that: “The National Health Department noted an open letter penned and endorsed by a number of health experts on the challenges facing the public health system, including the recent incident involving a doctor who was suspended and later reinstated by the Gauteng Provincial Health Department.

“We welcome and consider any form of feedback from stakeholders whose intention is to alert us about challenges and red flags which could be addressed as part of our efforts to better the lives of our people.

“We have planned engagements with the province as part of an ongoing oversight programme to as closely understand some of these latest challenges in order to provide assistance because these have potential to affect health service delivery.”

Mohale said that “the specifics of the demands will be discussed during the engagements with the province”.

On Monday, Gauteng Premier David Makhura told Maverick Citizen of “a report that is coming to the Provincial Executive Council (Provincial Cabinet) on the hospitals tomorrow”.

He said he would “gladly welcome a meeting with clinicians”, adding that social justice organisation SECTION27 had made “useful proposals on the reform of the public health system, with the emphasis on decentralisation and devolution.

“We might not agree on the finer details, but it’s a good starting point for major reforms,” he said.

[The report we think Makhura is referring to can be found here: Health reforms and prospective proposals.

Makhura said that after the PEC meeting he would be able to respond more fully to the issues addressed in the “I am” letter.

In response, Dr Aslam Dasoo, the convenor of the Progressive Health Forum and one of the letter’s signatories, stated:

“If the Premier cannot, first, accept the self-evident fact that the Gauteng Dept of Health cannot fix the problem and, second, be willing to have an open discussion with the signatories, the protest will simply grow.

“The Premier has an opportunity to leave a lasting legacy by instituting the inquiry proposed by the ‘I Am’ movement.

“The Rahima Moosa hospital is a proxy for all the other facilities in Gauteng and nationally. An inquiry of this nature will reveal the cause and nature of the dysfunction and point the way to a smart strategy for the rehabilitation and sustainability of the service.”

The continuing war of words over the quality of healthcare takes place in the context of the recently signed Memorandum of Agreement between Wits University and GDoH on Gauteng’s health system.

In an exclusive interview several weeks ago, Wits Vice-Chancellor Prof Zeblon Vilakazi told us that he hoped the MOA “will go a long way towards ensuring better collaboration and communication between the various entities. However, these agreements are only useful if they are properly implemented, which is where we need to be vigilant”.

According to the Dean of the Faculty of Health Sciences, Prof Shabir Madhi: “The MOA will help to regulate the relationship with the health department and hospital managers to facilitate the delivery of quality teaching and training on the clinical training platforms as well as the conducting of globally recognised research, while paving the way for the provision of better healthcare services for patients in the province.”

Meanwhile, at Rahima Moosa, the hospital that started all the trouble, the CEO is reported to have been on sick leave since the suspension and subsequent reinstatement of Dr Tim De Maayer over an open letter of his own.

It is not clear yet what actual steps — if any — have been taken to address the issues in Maayer’s original letter. DM/MC