Justice for Marikana community suffers a blow after act... 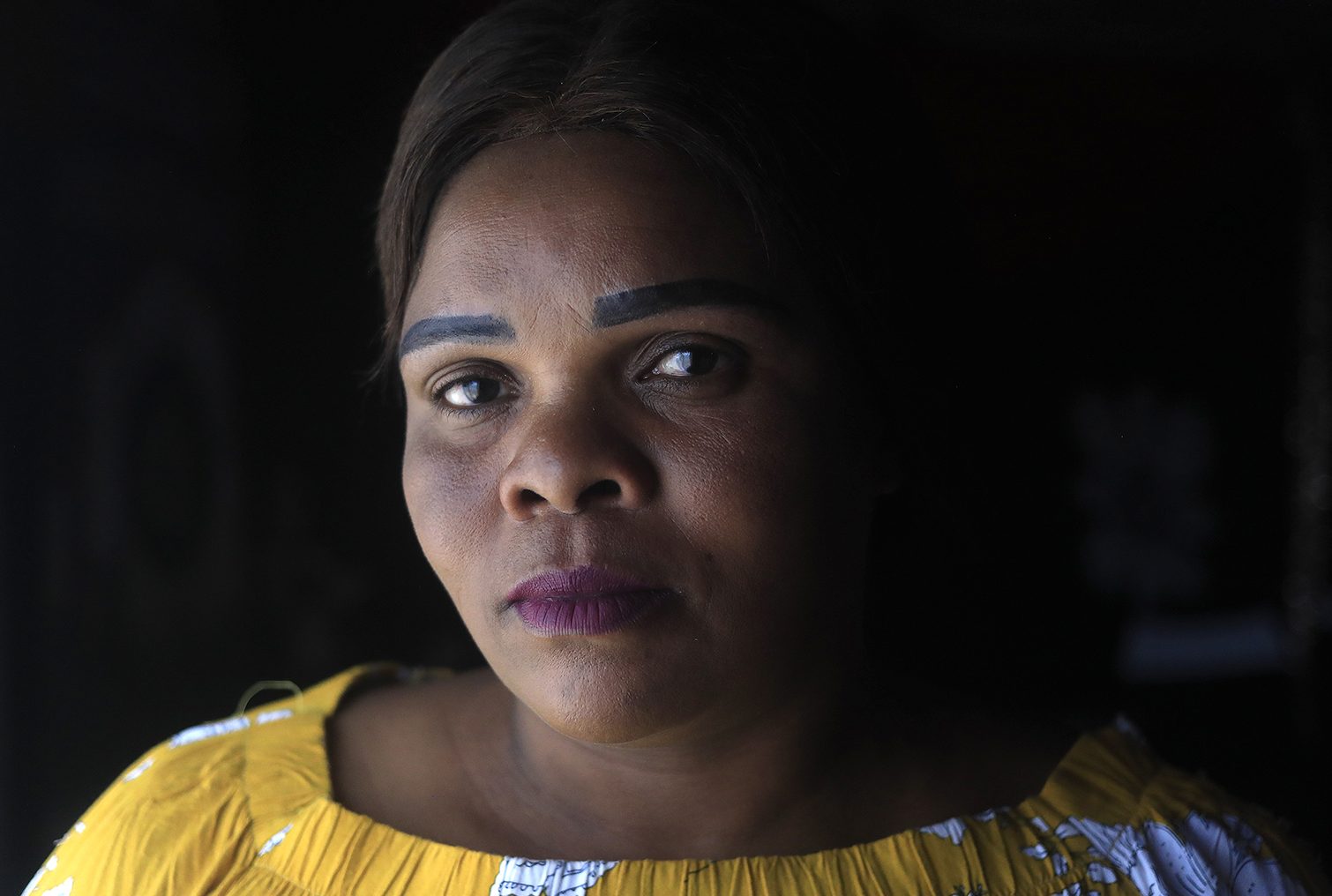 Marikana community activist Ntombifikile Mthethwa was killed in a robbery on 27 June. She had been fighting for justice and better living conditions for a community scarred by the massacre of 10 years ago in the North West mining town. (Photo: Alon Skuy)

The unfinished business of justice for the community of Marikana after the massacre there 10 years ago has been dealt a devastating blow by the murder of a community activist.

A bullet to the head ended the life of Ntombifikile Mthethwa in the early hours of 27 June. It brought to an end her fight for justice for her community of Marikana that today remains crushed by the weight of history, tragedy, want and need.

The 41-year-old, who had lived through the Marikana massacre in August 2012, was killed at her front door, apparently by would-be robbers.

This August it will be 10 years since 44 people were killed in the Platinum Belt mining town — a watershed moment for a democratic South Africa that should have turned its back on state-sanctioned violence against its people. Everything changed that winter and so much stayed the same.

Mthethwa’s death in an apparent botched robbery at her home in the village of Wonderkop in the town mirrors the social ills in Marikana that Mthethwa had been fighting to change.

The town has a high crime rate, compounded by a lack of running water and electricity, a lack of housing and facilities for children and poorly lit streets.

At the time of her death, Mthethwa was still waiting for compensation from the government. She was shot and injured during a police raid in the township of Nkaneng a month after the August massacre in 2012.

From 10 to 15 August 2012, a wildcat strike erupted at the Lonmin platinum mine in Marikana when rock drill operators demanded a minimum wage of R12,500, a pay increase, but also recognition of workers’ toil in building the profits of the mine.

But Lonmin (now Sibanye-Stillwater since a buyout in 2019) would not budge and leaned on its political connections to mobilise the police. Tensions in the town ratcheted up. Intimidation, assault and violence, fuelled in part by warring unions and increasingly hostile police and mine security, led to 10 people being killed from 10 to 15 August.

Then, on 16 August, the police fired on as many as 3,000 striking miners who had gathered on a koppie, a short walk from Nkaneng. Thirty-four people were killed that day.

The police dodged accountability and blamed the deaths on provocation by the miners. They arrested about 270 people in the subsequent weeks. On 15 September 2012, they staged an operation in Nkaneng, ostensibly to search for weapons and flush out ringleaders of the August strike.

The police fired on protesters with rubber bullets. Among the group were Mthethwa and her friend Paulina Masuhlo, who were both hit by rubber bullets. Masuhlo collapsed on her friend, adding to Mthethwa’s injuries. Masuhlo was taken to the Rustenburg Hospital, a 45-minute drive away, where she later died.

Mthethwa had to wear a brace for weeks. She lost her job, suffered pain and had difficulty walking from that day on.

In May 2022, Mthethwa spoke about the pain and the burden of the massacre that had shadowed her and the community over the past 10 years, for photojournalist Alon Skuy’s book Marikana 2012/2022, which will be launched on 3 July.

Speaking inside the modest zinc Maximum Harvest Church on the edge of Nkaneng, which she had helped build, Mthethwa’s cheerful greeting of “You can call me Ntombi or you can call me Fikile” soon became a choked-up retelling of the day she and Masuhlo were shot.

Mthethwa was part of the women’s organisation Sikhala Sonke. It means “we cry together”. In more recent years they formed afresh as Sinethemba, which means “hope”.

Mthethwa’s friend, fellow community activist and Sinethemba member Thumeka Magwangqana, says the death of Mthethwa is a blow to the work still to be done: for justice, to force the mine to put people before profit, to hold the police to account with charges and sentencing, and to get an apology from the state.

“She used to call me Mam Thumeka; I was like a mother to her. We were together doing everything, we were planning to go to Cape Town because we wanted to talk to Parliament about how we are still suffering. I don’t know how we will do it without her,” says Magwangqana.

Her friend was a fighter, she says, and she remembers the time Mthethwa fought against people in her neighbourhood who were trying to take over a yard where children played.

“She fought those people, she didn’t give up till they gave that yard to the children. And it was tough for her because she was in a lot of pain all the time.”

Magwangqana says Marikana has been forgotten except on commemoration days or when trusts and programmes pay widows and orphans from the massacre. But the community has not healed and the promise of a better life has not been realised in the shadow of the smelter with its constant exhalations of noxious smoke.

“We have not been noticed by our government. If they cared, then the police would be patrolling here and Ntombi would not have been shot. Our government and the police have failed the people of Marikana. People are dying waiting for compensation, for an RDP house, for safety,” she says.

Magwangqana says Mthethwa lost her mother when she was young and grew up looking after her siblings. She was also a single mother to her daughter Yanelisa (17).

Yanelisa says her mother was committed to her cause. “She always wanted what was good for her community, not just for the family or for me.

“I remember there was a meeting not so long ago and she was so angry that other people were disrespecting the people of Marikana, the people like her who were there that day and who understand what happened. They are not given attention.”

But Yanelisa also talks of a woman who just wanted her young poet daughter to carry on writing and to find words to express herself.

“She was very encouraging and she would always ask me about what I was writing or check that I was finding the right words.

“I want people to understand that someone like my mom who lived through this whole thing deserves to be seen, to be recognised — she was fighting until her last day.” DM/MC