This week: Civil society report launch, rule of law and... 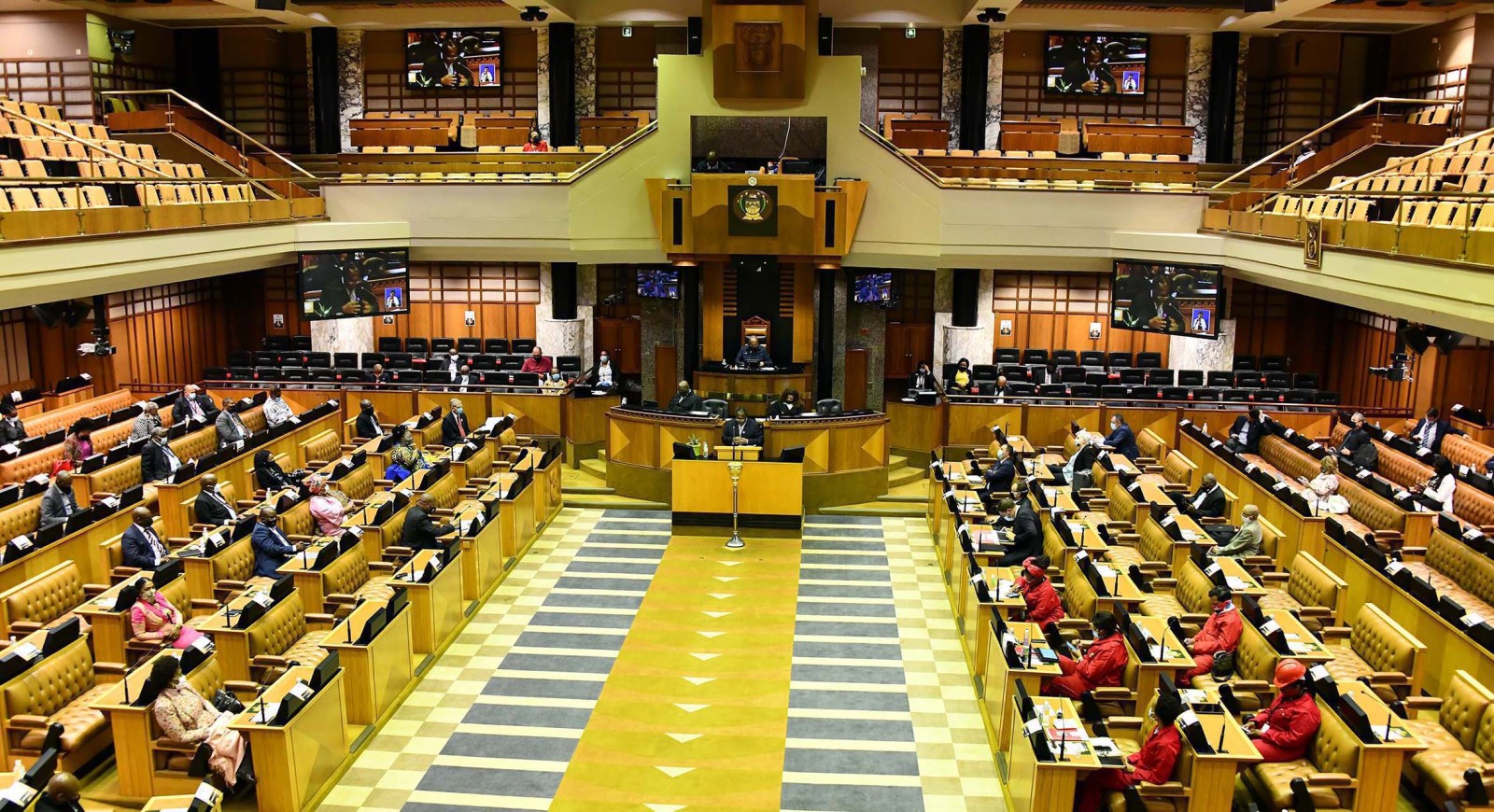 Thursday, 30 June is International Day of Parliamentarism, which is particularly important now, when people are losing trust in political institutions and 'democracy itself is facing challenges from populist and nationalist movements'. (Photo: GCIS)

The global civil society alliance, CIVICUS, is launching the 11th annual Civil Society Report; the Hanns Seidel Foundation, in partnership with the Nelson Mandela Foundation, is hosting a dialogue on the rule of law and constitutionalism; and the Defend Our Democracy Campaign will host a conference on democratic renewal and change.

Monday, 27 June is Micro-, Small and Medium-sized Enterprises (MSMEs) Day. The observance is intended to raise awareness of the contribution of MSMEs to sustainable development.

MSMEs constitute 90% of businesses worldwide, and account for 60% to 70% of employment and 50% of GDP, according to the United Nations.

“As the backbone of societies everywhere, they contribute to local and national economies and to sustaining livelihoods, in particular among the working poor, women, youth, and groups in vulnerable situations,” according to the UN’s information page on the event.

“MSMEs have to become more resilient to future shocks, and efforts and stimulus packages must target those most heavily affected by disruptions to global supply chains, rising inflation and the continuing ramifications of the Covid-19 pandemic.”

On Monday, at 12pm, the 11th annual State of Civil Society Report is being launched by global civil society alliance CIVICUS. The report reflects a “time of immense upheaval and contestation”, the alliance says.

“Russia’s illegal war on Ukraine has directly blighted the lives of millions but is also sending echoes of disruption around the world, as soaring food and fuel prices pile further misery on communities already hit hard by the impacts of the pandemic and extreme weather caused by climate change.”

There were, however, many mobilisations for change around the world, including mass protests, campaigns and people’s movements for justice.

Wednesday, 29 June is International Day of the Tropics, which highlights the diversity of the tropics while drawing attention to the unique challenges and opportunities nations in this region face.

“The tropics are a region of the Earth, roughly defined as the area between the Tropic of Cancer and the Tropic of Capricorn,” according to the UN. “Although topography and other factors contribute to climatic variation, tropical locations are typically warm and experience little seasonal change in day-to-day temperature.”

Rain tends to be prevalent in the inner regions near the equator, with the seasonality of rain increasing with distance from the equator.

Challenges identified in the tropics include:

Wednesday is the start of the LANDac International Conference 2022 in Utrecht, the Netherlands. It is themed “Governing land for the future: What (r)evolutions do we need?” and ends on 1 July.

The conference “will address the unprecedented large-scale land acquisitions over the past decade and efforts to promote more responsible land investments”. 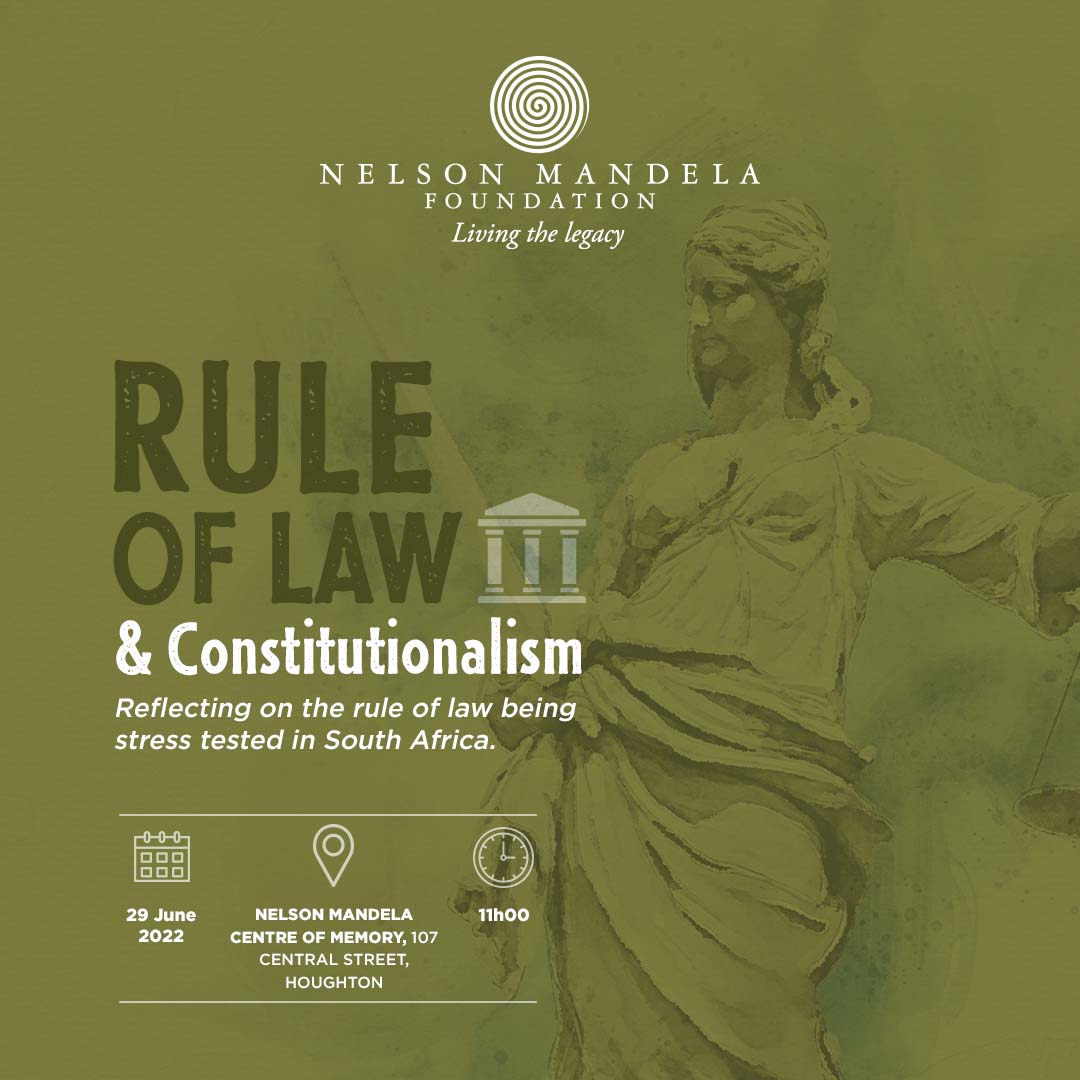 The event will be held at the Nelson Mandela Centre of Memory, 107 Central Street, Houghton Estate, as well as online.

“Devastating public violence, rising crime and continuing manifestations of State Capture are putting institutions of justice under increasing pressure to ensure that accountability is the norm and not the exception. Public patience is wearing thin,” says the event description.

The keynote address will be delivered by Advocate Anton du Plessis, the deputy national director of public prosecutions. Other speakers are Professor Sandy Africa and Ottilia Maunganidze.

Register for the event here. 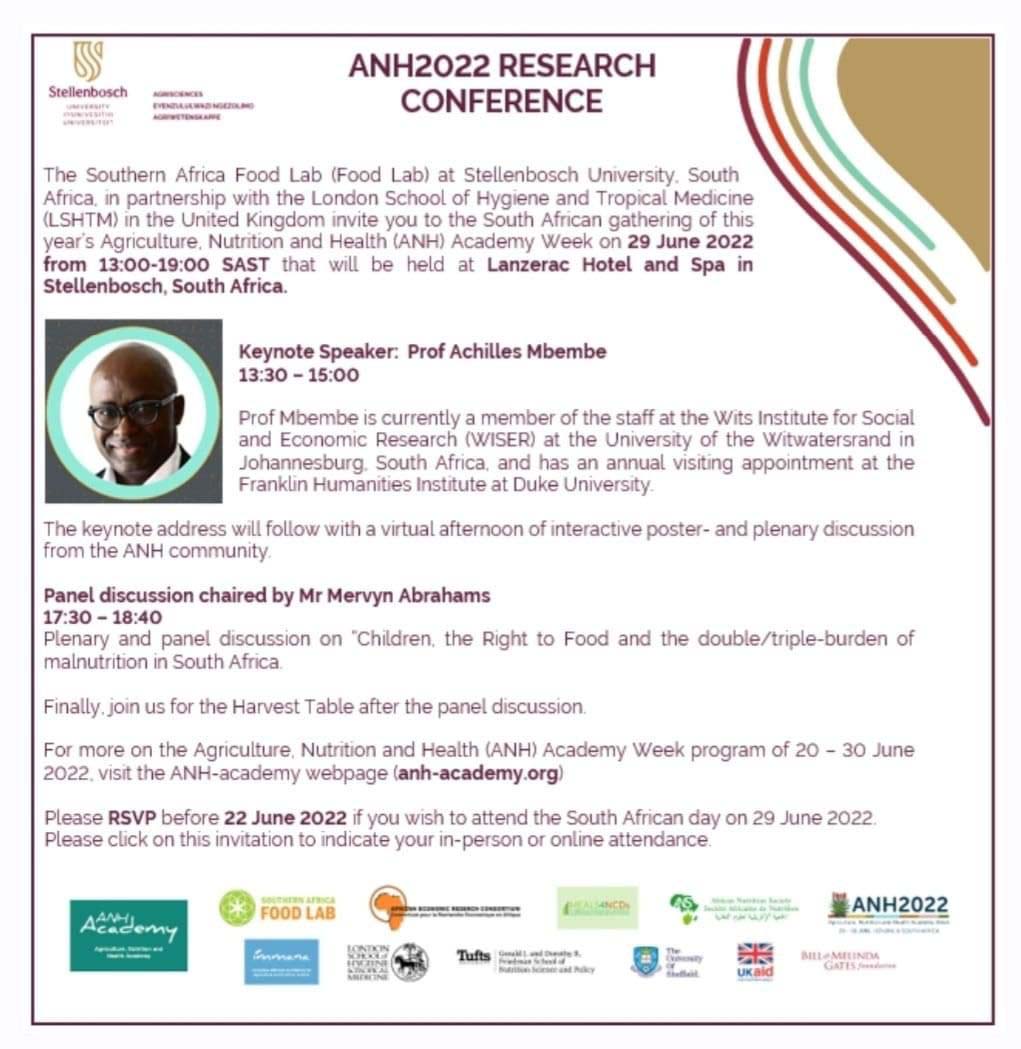 On Wednesday at 1pm, the Southern Africa Food Lab at Stellenbosch University, in partnership with the London School of Hygiene and Tropical Medicine, will host a gathering for the 2022 Agriculture, Nutrition and Health Academy Week at the Lanzerac Hotel and Spa in Stellenbosch.

At 1.30pm, Professor Achille Mbembe of the Wits Institute for Social and Economic Research will deliver the keynote address. At 5.30pm there will be a panel discussion on “Children, the right to food and the double/triple-burden of malnutrition in South Africa”.

For virtual attendance of events that form part of the Agriculture, Nutrition and Health Academy Week, register here. 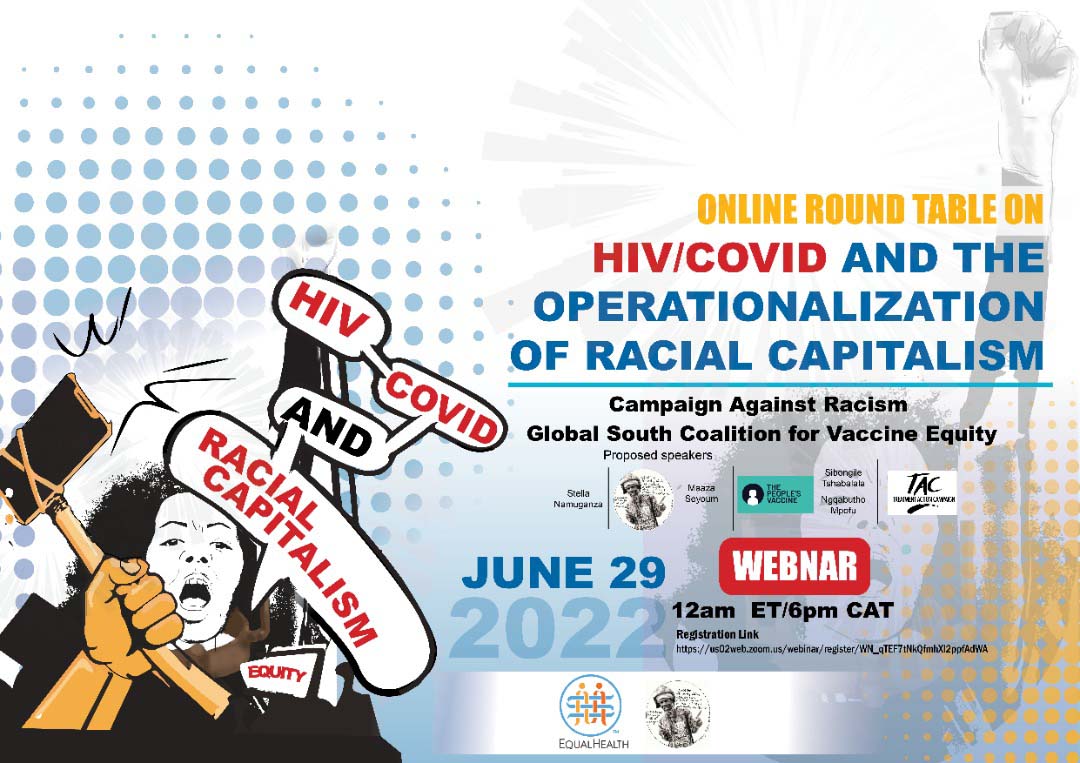 On Wednesday at 6pm, the Campaign Against Racism will host a virtual round-table discussion on “HIV/Covid and the operationalisation of racial capitalism”.

The objective of the discussion is to create an understanding of the situation regarding the Trade-Related Aspects of Intellectual Property (TRIPS) waiver. Speakers will also explore how racial capitalism has operated during the HIV and Covid-19 pandemics.

Thursday, 30 June is International Day of Parliamentarism. This day is particularly important now, when people are losing trust in political institutions and “democracy itself is facing challenges from populist and nationalist movements”, according to the UN page about the event.

Parliaments, as the cornerstones of functioning democracies, need to be strong, transparent, accountable and representative.

“In these times of uncertainty and anxiety, people are looking to their parliaments to respond with actions that will lead to a better future,” says the UN.

“Involving the community in decision-making through effective public engagement can help ensure that parliaments respond in ways that meet people’s expectations and aspirations.” 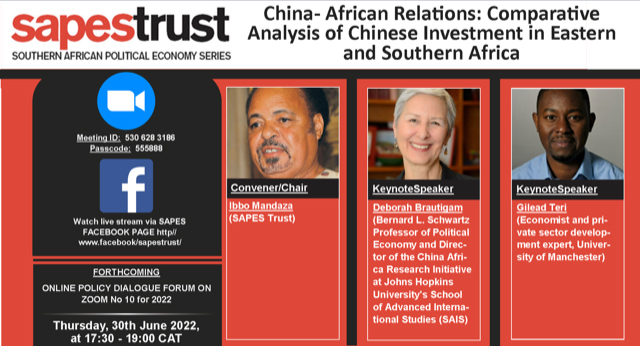 On Thursday at 5.30pm, the Southern Africa Political Economy Series (SAPES) Trust will host a discussion about “China-African Relations: Comparative Analysis of Chinese Investment in Eastern and Southern Africa”.

The discussion will be chaired by the trust’s Ibbo Mandaza, and the keynote speakers are Deborah Bräutigam, director of the China Africa Research Initiative at Johns Hopkins University’s School of Advanced International Studies, and Gilead Teri, economist and private-sector development expert at the University of Manchester.

The discussion will be streamed live on the SAPES Trust Facebook page. The Zoom meeting can be joined with meeting ID 530 628 3186 and passcode 555888. 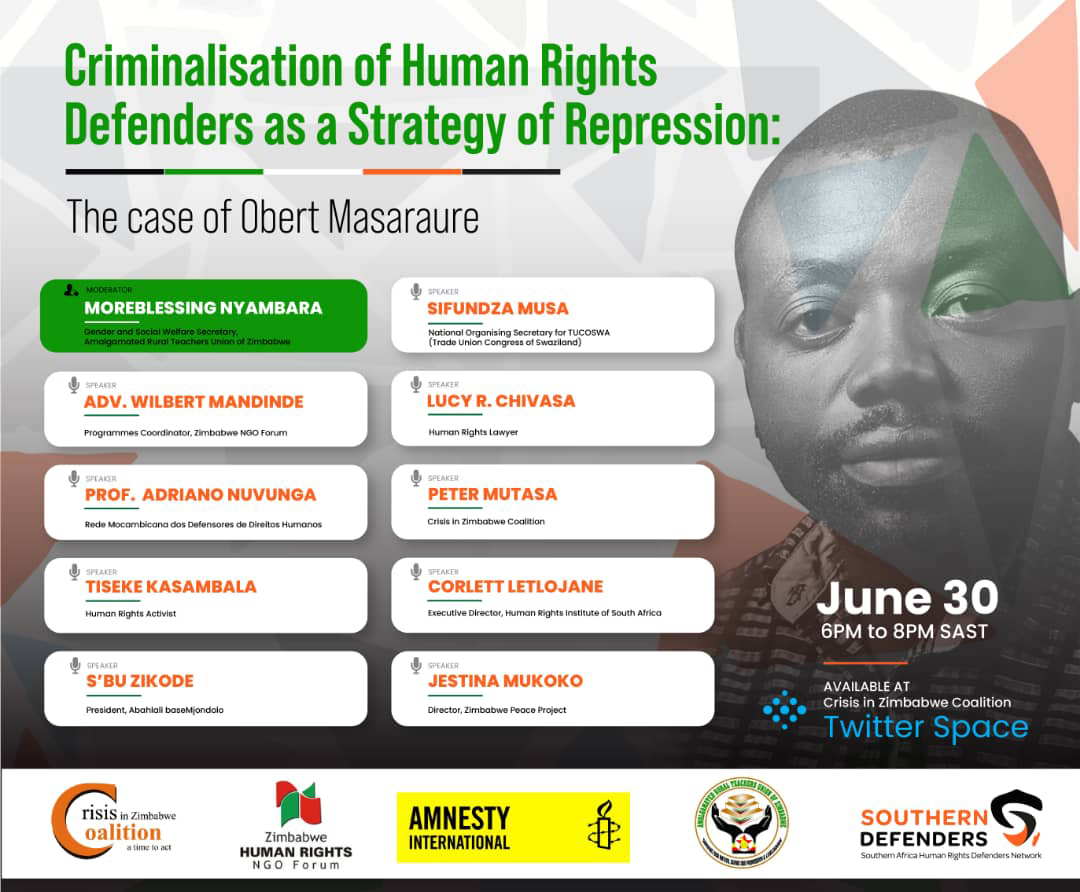 On Thursday at 6pm, the Crisis in Zimbabwe Coalition will be hosting a Twitter space on the “Criminalisation of Human Rights Defenders as a Strategy of Repression: The case of Obert Masaraure”.

The moderator will be Moreblessing Nyambara, the gender and social welfare secretary at the Amalgamated Rural Teachers Union of Zimbabwe. The speakers include advocate Wilbert Mandinde, programmes coordinator for the Zimbabwe NGO Forum; human  rights activist Tiseke Kasambala; and S’bu Zikode, president of Abahlali baseMjondolo.

On Friday, 1 July at 9am, the Defend Our Democracy Campaign’s Conference for Democratic Renewal and Change begins. The event, which ends at 7pm on Saturday, 2 July, will be held at the Birchwood Hotel and OR Tambo Conference Centre in Boksburg, Gauteng.

The conference aims to bring together constitutional democrats and activists from across South Africa to discuss what can be done to shift the way people understand the country’s political culture, such that politics is not seen as the realm of political parties alone, but something that centres public involvement and service provision.

“This conference stems from the political crisis that has beset our country, including destabilisation, corruption, capture, the sabotage of [state-owned enterprises], and a toxic political culture that is self-serving, and detached from interests of the electorate,” according to the event description.

“The campaign believes that there is an urgent need for a shift in our country’s politics, and recognises that this can be done through collective effort from an active and informed citizenry.” 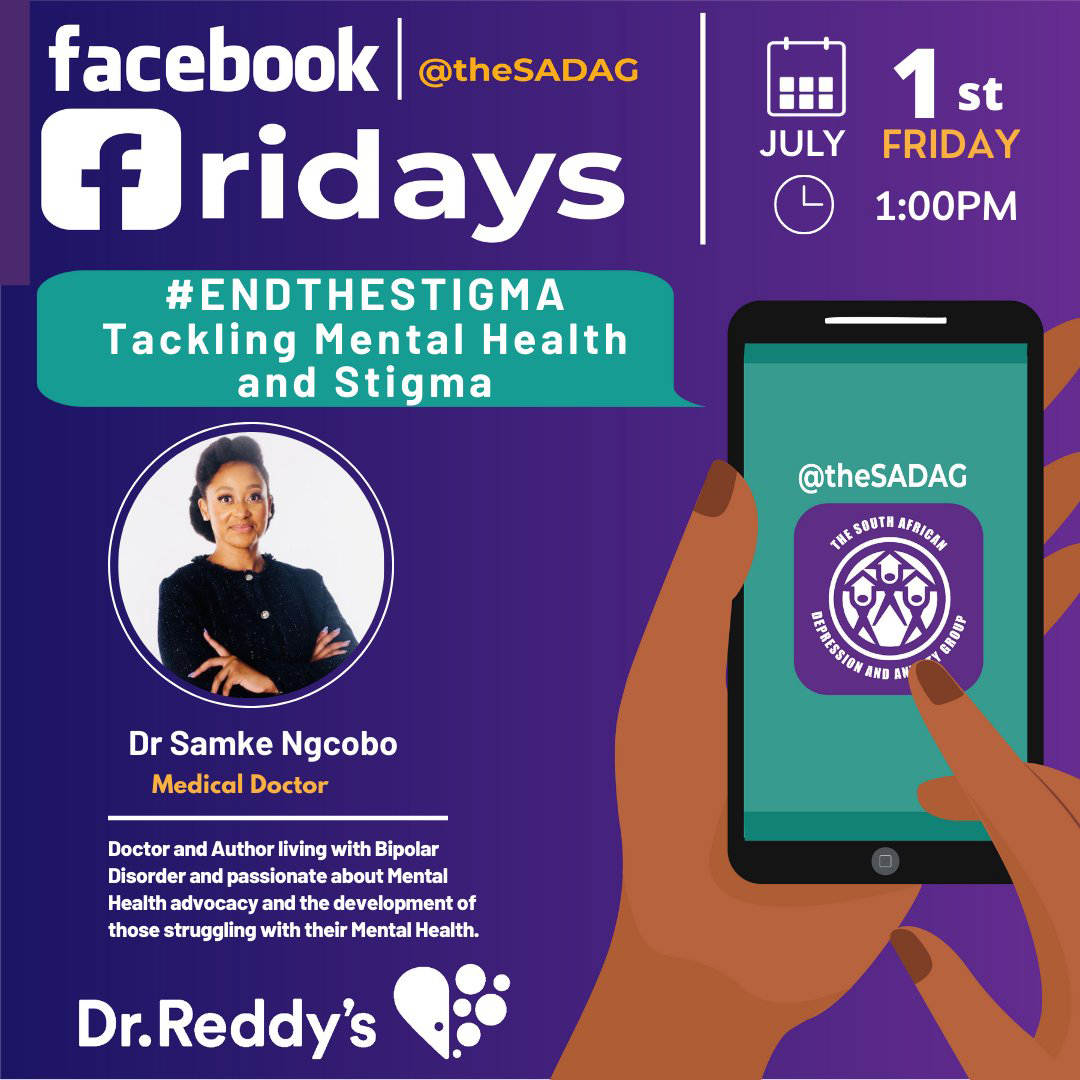 On Friday at 1pm, the South African Depression and Anxiety Group will host a Facebook Live question-and-answer session on “Tackling Mental Health and Stigma in South Africa”. Dr Samke Ngcobo, a medical doctor and author living with bipolar disorder, is the guest speaker.

The discussion will mark the beginning of Mental Health Awareness Month, the theme of which is “End the Stigma”. DM/MC