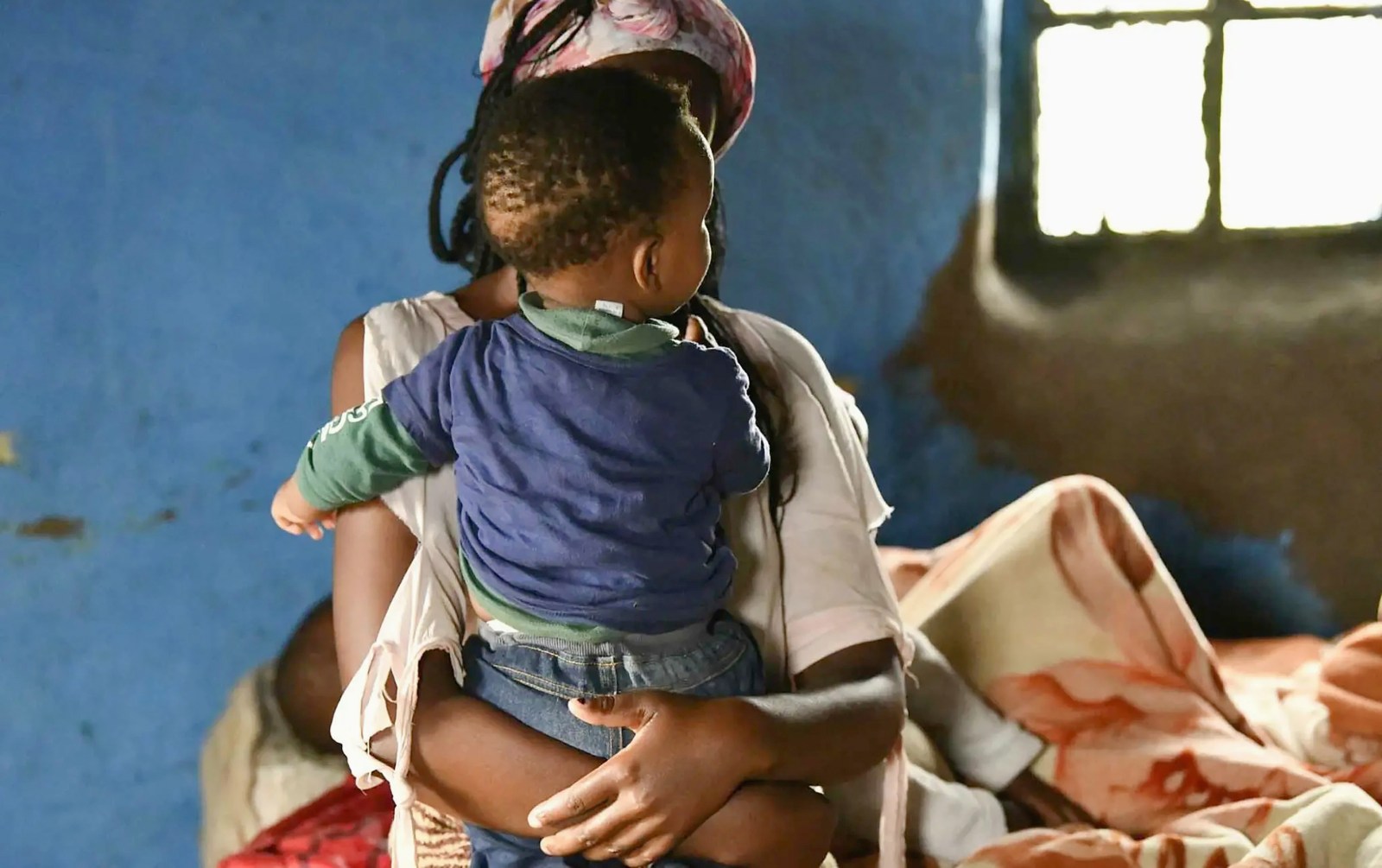 In South Africa, it is estimated that between 178,000 and 443,000 children under five will be infected with respiratory syncytial virus annually. (Photo: Black Sta /Spotlight)

Infants are most vulnerable to respiratory syncytial virus and there is no effective treatment or vaccine. Tiyese Jeranji asks what we know about the virus in South Africa.

According to the US National Institutes of Health, respiratory syncytial virus (RSV) affects an estimated 64 million people around the world every year and claims about 160,000 lives. Infants are most vulnerable and there is no effective vaccine.

In South Africa, it is estimated that between 178,000 and 443,000 children under the age of five will be infected with RSV every year. Numbers were, however, dramatically lower in 2020 and 2021 due to the Covid-19 pandemic and associated restrictions – although substantial increases were correctly predicted for 2022.

RSV is the most common cause of lower respiratory tract infections (LRTI) in young children globally and in South Africa, says Professor Cheryl Cohen, head of the Centre for Respiratory Diseases and Meningitis at the National Institute for Communicable Diseases (NICD). LRTI, in turn, she says, is among the most common causes of death in young children in South Africa.

RSV is a well-known respiratory virus, says Professor Mark Cotton, head of the Division of Paediatric Infectious Diseases at Stellenbosch University’s Faculty of Medicine and Health Sciences. First isolated in 1956, the virus has some very stable parts that do not change over time. “It causes respiratory infections in children, [the] elderly and immunocompromised adults, recently recognised as vulnerable.”

Professor Heather Zar, who chairs the Department of Paediatrics and Child Health at Red Cross Children’s Hospital and is director of the SA-MRC Unit on Child and Adolescent Health at the University of Cape Town, says RSV can cause cold-like symptoms but also more severe illness with wheezing or pneumonia.

RSV is spread by infected droplets produced when coughing, sneezing or kissing. It can also be spread by touching surfaces contaminated with the virus and then touching your eyes, nose or mouth. Children are often exposed to the virus at school. Someone with RSV infection is typically contagious for three to eight days. It can take weeks to recover.

Changing patterns due to Covid-19

RSV usually has a distinct seasonal pattern, starting in autumn through winter, although this has changed during the Covid-19 pandemic, Zar said during a recent webinar hosted by the South African Paediatric Association.

The (NICD) states that before the pandemic, the RSV season in South Africa usually preceded the influenza season, with the usual average onset at the end of February (range early February to mid-March) over the past 10 years. This pattern was disrupted in 2020 and 2021 but resumed in 2022, with onset in mid-February.

“It disappeared for large periods of 2020, and then [we] saw less in 2021, probably due to all the non-pharmacological interventions like wearing masks and closing schools and public places,” she says. “Now we are experiencing a big RSV season,” Zar told Spotlight. “Partly as infants last year didn’t really experience RSV, so they didn’t develop immunity to this. Modelling studies suggest that we will see a third increase in RSV cases in children compared with the pre-pandemic and that [it] will shift to a slightly older age group, with more children aged six months to two years affected.”

Cohen explains that the NICD conducted a mathematical modelling study at the end of 2021 to predict the 2022 RSV season. She says they were concerned that the immunity gap created over the past two years would lead to an unusually severe RSV season.

“Following a year of 2020 where there was no RSV circulation, we started to already see in 2021 a shift to older children. We know that RSV hospitalisations predominantly occur really in the youngest children. We don’t know entirely to what extent that very young age distribution is influenced by the fact that infants have an intrinsic susceptibility to severe diseases or how much is driven by the fact that attack rates are very high so infants get exposed earlier on in life,” she says, adding that the fact that they started to see this shift to slightly older children suggests that some of the severity is influenced by prior immunity, although certainly a big part of it is also affected by intrinsic severity.

She says what they predicted through their modelling was an intense season, starting slightly early peaking in April. This prediction seems quite accurate – the most recent NICD Weekly Respiratory Pathogens Surveillance Report indicates that 2022’s RSV numbers have been declining since the first week of May.

Much like Covid-19, RSV can be detected by taking samples from the nose and testing for genetic material using a PCR or rapid antigen test. In public hospitals they use the PCR test.

Cotton explains that people admitted to hospital with severe symptoms are typically treated with oxygen and given adequate hydration. Some antivirals are under development but not yet ready for widespread use. Cotton says the monoclonal antibody is protective, lasts a long time and is very useful, especially in premature babies, for preventing disease. However, current monoclonal antibody prevention has to be given monthly as an injection through the RSV season and is very costly.

Read in Daily Maverick: “Room to breathe — time to take clean indoor air as seriously as we take clean water”

There is currently no proven vaccine to prevent RSV infection, hospital admission or death, but several promising candidates are under development. “Our studies show that a vaccine would likely be cost-effective for South Africa and may even be cost-saving because RSV is so common,” says Cohen. “So, we would hope that when these products become licensed in South Africa, there will be discussion around introducing them.”

Zar says there are two promising new strategies: a vaccine given to pregnant women to protect their infants, and a long-acting monoclonal antibody given to babies that prevents RSV disease for months – it reduces RSV illness and hospital admissions by 70% to 80% in trials.

“So, the future is looking very promising – we need to ensure that these interventions are available and affordable in low- and middle-income countries once they are approved,” she says. DM/MC