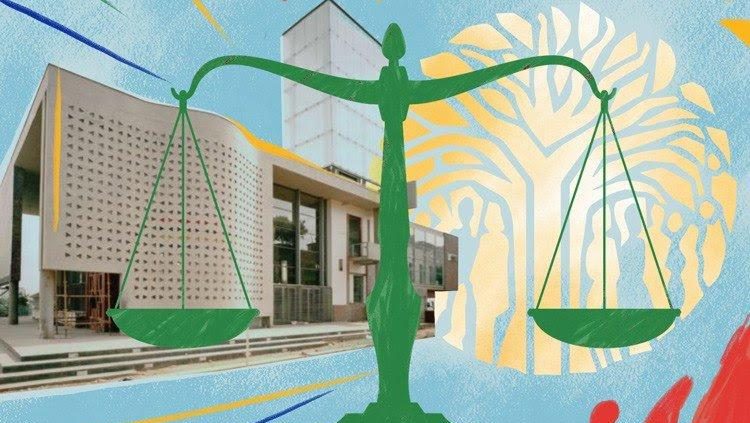 The accused man somehow obtained her confidential report and sued her for defamation. (Graphic: Lisa Nelson)

Court found that report to police accusing the man was not done in bad faith.

A woman who accused a man of sexual predatory behaviour involving two minor children has been exonerated from defamation.

Two Western Cape High Court judges, hearing an appeal in the matter, have ruled that the Ceres Magistrates’ Court was wrong in finding that she had defamed the man when she reported him to the police. She had been ordered to pay R50,000 in damages.

But Judge Hayley Slingers, with Acting Judge Nolindi Nyati concurring, hearing the appeal, said the woman had been advised by a social worker to report her concerns to the police, that the Children’s Act demanded this, and it granted indemnity to those who did so in good faith.

The judges also expressed concern about how the man had come to know of the report in a confidential police docket.

Judge Slingers, who penned the ruling, said the woman owned a holiday home on a farm. The man was the farm manager and they had an “acrimonious relationship”. But she developed a bond with the family of a farm worker who resided there with his two children.

In September 2016, she contacted a local social worker and expressed concerns for the welfare of the family, particularly the children.

The social worker said the woman was obliged to report her concerns to the police. The woman sent a letter to a police officer stationed at the local Family Violence, Child Protection and Sexual Offences Unit.

The farm manager, in his defamation claim, said the letter contained false and wrongful statements.

The woman, in her defence, said the statements were made in the discharge of her duty to protect minor persons and that she’d been advised to do this by the social worker. She said she did not know if her allegations were true or not; this was for the police to ascertain.

At the trial, the farm manager refused to say where he had obtained the letter or how he had come to know about it.

Judge Slingers said the trial court should have ascertained whether it had been improperly or unethically obtained.

The woman’s legal representative had argued that it had been unlawfully obtained and uplifted from the police docket. This had not been disputed nor denied.

“If it was unlawfully uplifted it would not only have been unethical but also illegal, rendering it potentially inadmissible,” Judge Slingers said. “The admission of evidence obtained in such a manner may undermine the confidence of members of the public to report matters to the police.”

Turning to the provisions in the Children’s Act, the judge said the trial court had found that the woman had not made the report “in good faith” and was thus not deserving of the protection of a provision indemnifying her from civil action.

Judge Slingers said the objective of the act was to increase reporting of instances where children may be in need of care and protection. When it came to members of the public, they had a duty to report if they believed “on reasonable grounds” that a child was being abused or neglected.

“Not every report made to a social worker or to the police will be found to have merit. However, to require general members of the public to only report matters which will be found to be true, places a heavy burden on them and may result in relevant matters not being reported,” said Judge Slingers.

During the trial, it had not been contested that the woman had been advised to report her concerns to the police and “and it cannot be said that the report was not made in good faith”.

The woman, therefore, qualified for indemnity.

“However, even if she was not indemnified, she believed she was and she believed she was under a duty to report the matter. Consequently, she did not have the necessary animus injuriandi [intention] to defame [the farm manager], Judge Slingers said, upholding the appeal. DM

We have decided not to publish the judgment on our site as it names all the parties involved.