A bitter pill it is, but there are sound reasons for gi... 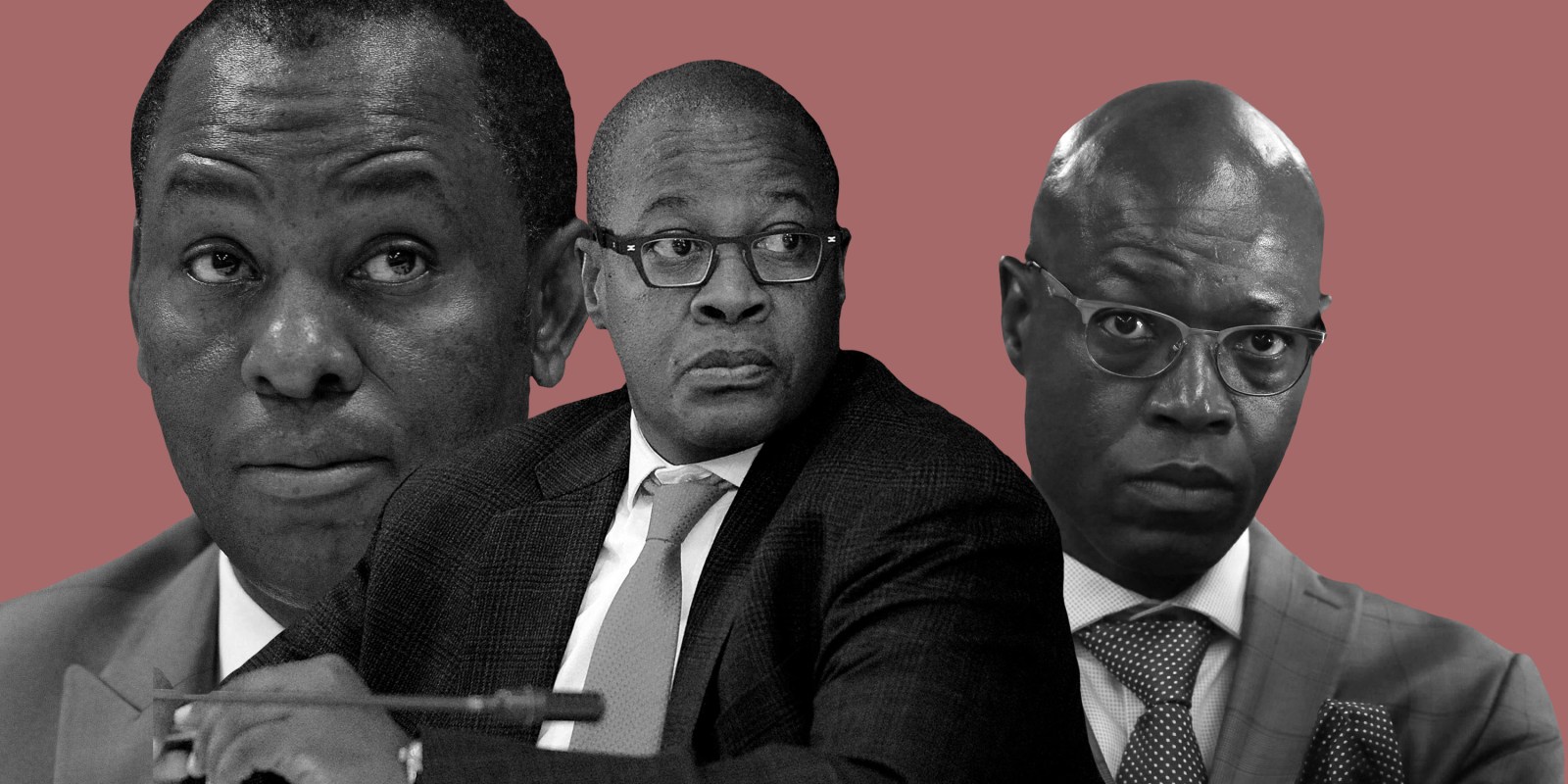 Now, after the Zondo Commission has completed its work with the publication of its final report, the question is: Where to from here? As one answer, we consider that it is high time to readdress the amnesty controversy.

In March 2020, we proposed that South Africa consider adopting a conditional amnesty process for those who committed acts of corruption during the era of State Capture. Our full article, previously published in Daily Maverick, together with a shorter version, can be accessed here.

The publication of the article coincided with a Daily Maverick panel discussion at which the head of the National Prosecuting Authority (NPA) professed shock that, at a stage where arrests and effective prosecutions were imminent, we were proposing a way out for those implicated in grand-scale corruption. After the panel discussion there were some fairly harsh, but in our view misconceived, criticisms of the proposal. There was also welcome support for the notion of amnesty from some commentators, most recently, the former Public Protector Thuli Madonsela and Ian Donovan.

The debate on an amnesty proposal then went largely silent, no doubt because of the diversion of attention and resources to the Covid-19 pandemic and the movement restrictions brought by the lockdowns we endured. Significantly, the pandemic exposed the indiscriminate grand-scale corruption embedded in our society in relation, this time around, to the public procurement of, among other things, personal protective equipment (PPE). This contributed to the long-awaited need to take decisive action against fraud and corruption and it added further billions of rands lost to corruption due to corruption and State Capture.

Now, after the Judicial Commission of Inquiry into State Capture (the Zondo Commission) has completed its four-year work with the publication of its final report, the question is: Where to from here? As one answer, we consider that it is high time to readdress the amnesty controversy.

The corruption problem, and why amnesty?

In our previous article, we highlighted that corruption had become a widespread, endemic phenomenon in South Africa, with a profoundly corrosive effect on our country’s political and economic landscape. We estimated that the economic impact of corruption perpetrated by the upper echelons of government all the way through to everyday government officials had cost the country hundreds of billions of rands.

Our views as to the pervasive extent of corruption were confirmed by the Zondo Commission’s findings on the scale of the State Capture project. The commission’s report contains a host of recommendations, including the further investigation and prosecution of well-known political bigwigs and businesspeople.

But, where to from here? There is a range of potential answers to this question, and the Zondo Commission’s report suggests a few. Two of the most important of these are:

We suggest that another solution is an amnesty process that would entail both the disgorgement of ill-gotten gains and full disclosure of wrongdoing.

While the report deals with a wide range of topics and numerous individuals, the corruption problem is, we suggest, far broader and certainly not limited only to the individuals implicated in the report.

Indeed, the extent of corruption in South Africa extends from those who have occupied the highest positions in government, to the State Capture foot soldiers who implemented, perpetuated and (undoubtedly) benefited from various corrupt acts. The Zondo Commission simply could not, and should not have been expected to, expose the full extent of State Capture in South Africa and the sheer number of individuals who are implicated, and because this would have entailed the commission’s work stretching into decades, it did not deal with the pervasiveness of corruption and State Capture at the municipal level.

The most problematic aspect of systemic corruption is that it becomes a default social and cultural norm which infects even those who would otherwise be honest citizens. Once a sociopolitical culture of corruption is prevalent, it becomes almost impossible to eradicate by conventional methods (for example, the enactment of anti-corruption laws or the establishment of institutions to investigate and prosecute corrupt activities).

Given the sheer volume of perpetrators and the intricate web of crimes committed, it appears that the state institutions responsible for the investigation and prosecution of corruption in South Africa lack the means or capacity to fulfil their role of bringing corruption kingpins to justice.

South Africa needs the means to counter a pervasive sociopolitical culture of corruption, decrease its overwhelming and paralysing number of corrupt individuals and corrupt acts, and establish a means to instil a widespread change in mindset.

Drawing on the theoretical justification for amnesties (as a means of transforming from an undesirable set of circumstances, such as systemic corruption, to a more desirable one), and the experience of Hong Kong in the 1970s as well as other successful instances of amnesties in both South Africa and abroad, we have proposed an amnesty for corruption as a potential means of achieving that end. Our aim is not to repeat the justification for the proposal, but rather to reignite the debate and to highlight a potential broad framework for how an effective process of corruption amnesty could be implemented in South Africa.

How could amnesty for corruption be implemented?

We recognise that establishing a constitutionally compliant, legitimate and publicly supported amnesty process would be hard work. It would require extensive public, political and parliamentary debate, together with carefully crafted and comprehensive legislative enactments. Although this will be an immensely difficult task, it is certainly achievable, as past experience in South Africa (in different contexts) and international jurisdictions has demonstrated.

Without in any way being exhaustive or prescriptive, we believe that a corruption amnesty in South Africa could be implemented by considering the following elements of the proposed amnesty:

The prospect of amnesty for corruption in South Africa undoubtedly remains a bitter pill to swallow. The desire of ordinary citizens to see those who corruptly abused and exploited the public office they had been entrusted with face the full might of the law and criminal punishment fitting their crimes is entirely justified. However, since we first proposed the possibility of an amnesty for corruption, and despite the increasingly loud call for perpetrators to “start donning orange overalls” and promises of prosecutions from state institutions charged with that mandate, we are still unaware of any perpetrator associated with the State Capture project having been jailed, or of any real recovery of misappropriated public funds.

If anything, the position worsened during the pandemic. Thus, it is not surprising that in a recent interview, Thuli Madonsela warned South Africans to question whether the era of State Capture is really over.

Rather than our being content with the increasingly forlorn hope that the NPA will one day have the capacity to prosecute the entire cast of corrupt actors, we propose a more drastic approach to escape the traps of State Capture. That is not to say that prosecutions and other means of combating corruption, such as further amendments to, or enactments of new legislation or bodies (such as an anti-corruption commission) have no role to play. On the contrary, the potential for prosecutions is a necessary prerequisite for the success of a proposed amnesty process. The prospect of prosecution would provide the requisite incentive for perpetrators to come forward, and the investigation and subsequent prosecution of those who are not forthcoming or do not fully disclose the extent of their wrongdoing or the parties involved would probably further incentivise those implicated.

Moreover, the establishment of a permanent anti-corruption commission, as is proposed in the Zondo Commission’s report, which is mandated to continuously investigate and expose instances of alleged corruption and State Capture, provides a potentially effective means of ensuring that the necessary safeguards are in place to ensure that the country does not spiral down the same tunnel of corruption in the future.

We have written this piece in the hope that, rather than continuing to plod along the plainly ineffective general “prosecute them all” route, alternative pragmatic and effective methods of eradicating corruption will be debated and one day will form part of the efforts to climb out of the dark well of the years of corruption that our country fell into. DM