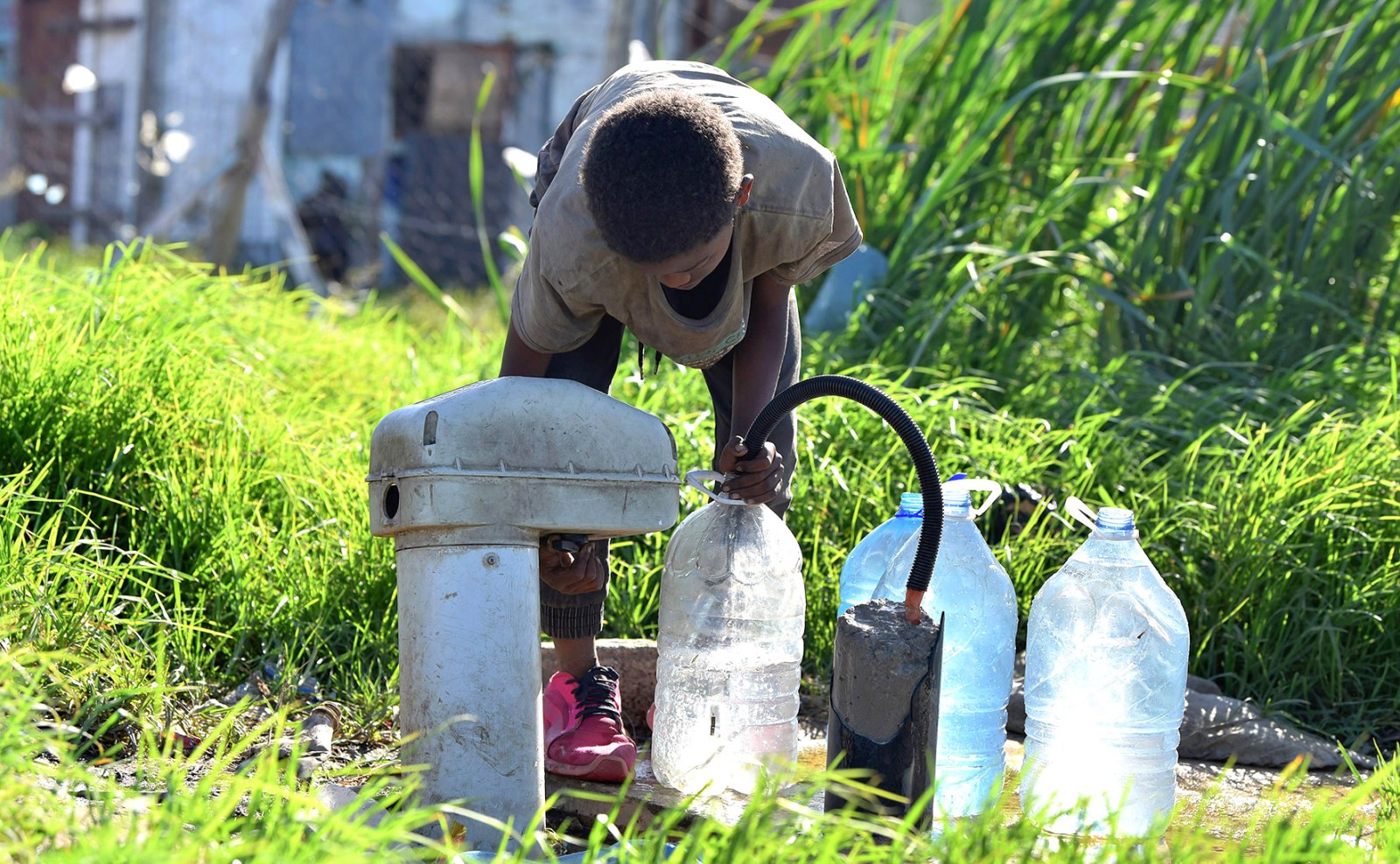 Gqeberha (Port Elizabeth) Eastern Cape. A water crisis has been plaguing the Nelson Mandela Bay Metro and taps are on the brink of running dry. Residents of Ramaphosa Park are filling up their water bottles. (Photo: Deon Ferreira)

‘Horrific’ destruction of essential water and electrical infrastructure sees thousands of litres of precious water being lost – as the region contemplates the arrival of Day Zero within days.

In the week when the number of days of water left for Nelson Mandela Bay metro dwindled to single digits, two incidents of vandalism and water hoarding led to the loss of thousands of litres.

“This resulted in a massive jet of water of which pictures have gone viral on social media,” the metro said in a statement. The pipe was closed for repairs, resulting in a major reservoir running low.

Two days earlier, a stolen air valve led to thousands of litres of water spilling from pipes in Greenbushes, one of the metro’s most water vulnerable areas.

The spokesperson for the metro’s joint operations committee dealing with the water, Luvuyo Bangazi, said the matter was discussed and repair teams were dispatched.

The municipality has not answered questions from the media about criminal charges being laid or whether the police have been asked to investigate matters, specifically wilful damage to water infrastructure.

Earlier this year, MEC for transport, safety and liaison Weziwe Tikana-Gxothiwe released figures showing that cases of vandalism in Nelson Mandela Bay more than doubled in the previous year.

Reported cases rose from 143 in the 2020/2021 financial year to 292 in the 2021/2022 financial year. This statistic included incidents of damage to electrical infrastructure.

Apart from the damage to water infrastructure, 72 cell phone towers were also vandalised in Nelson Mandela Bay. There were 90 reported cases of railway infrastructure being damaged and 89 of electrical substations being vandalised.

Although 776 arrests were made, according to Tikana-Gxotiwe’s statistics there have been only 217 successful prosecutions in the region’s courts over the past four years. DM