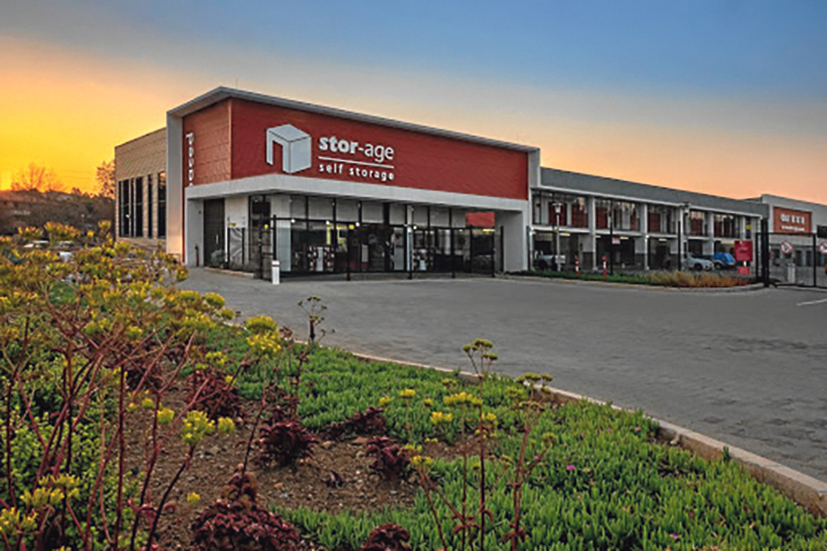 While specialist real estate investment trust Stor-Age is busy getting on with its core business, Fortress is in a fight for survival.

Stor-Age is a specialist real estate investment trust (REIT) focusing on, well, storage. This is one of the most dependable funds on the JSE, having achieved a total accounting return for the year ended March 2022 of 16.5%.

The group is geographically diversified, with R4.9-billion in local assets and R5.3-billion in UK assets. The fund enjoys a significant development pipeline and strong support from investors, having raised R575-million in an oversubscribed accelerated bookbuild in January. The share price is trading at a slight premium to the net asset value per share.

In stark contrast, Fortress REIT is staring down the barrel of potentially being the first REIT on the JSE to lose that status through not meeting the rules for paying dividends.

The fund’s complicated dual-share class structure is causing major headaches, as the rules aren’t allowing a dividend because the fund isn’t achieving the benchmark required to trigger a dividend payment.

To avoid losing REIT status in the next few months, Fortress is proposing that the classes be collapsed into a single share class. The trouble is that investors are fighting over the ratio for the deal, as A shareholders and B shareholders have opposing views on the relative values of the shares.

Stor-Age is busy getting on with its core business. Fortress is in a fight for survival as a REIT.

City Lodge Hotels is returning to normal. Occupancies in May 2022 were in line with May 2019, so staff salary reductions were finally lifted. The hospitality group has had positive monthly cash flows since February 2022 and is busy refinancing R600-million in debt.

Although the company looks set for another headline loss in the year ending June 2022, the momentum into the next financial year is clearly positive.

This is in line with what I’m seeing overseas in earnings results from companies such as Visa, highlighting that travel spend is recovering quickly.

Stadio, an investment company in private higher education, isn’t priced as a bargain, but the company’s trajectory looks great.

Stadio is targeting 8% annual growth in student numbers off the existing asset base. That implies at least 20% of annual growth in earnings. This is the power of operating leverage in a business model where the variable cost of an additional customer is negligible.

A trailing price/earnings multiple of around 19x isn’t demanding given the growth expectations. It’s no wonder that PSG’s founding and management shareholders are hanging on to a big chunk of Stadio exposure as part of the unbundling plan.

Shiny things are still in demand

Gemfields announced a record ruby auction result in Bangkok. The company mines the rubies in Mozambique at the Montepuez Ruby Mining operation, in which it holds a 75% stake.

Anglo has highlighted strong demand from the US and a gradual reopening in China.

Even in tricky macroeconomic conditions, the wealthy consumers of the world still have money for luxury goods.

Omnia Holdings is doing well in this environment. With most of its exposure to mining and agriculture, Omnia sells chemicals to businesses that are celebrating high crop and commodity prices.

This still doesn’t make things easy, as Omnia had to deal with challenges like hyperinflation in Zimbabwe and a fixed-price contract in Zambia that has squeezed margins in the agriculture side of the business.

The chemicals segment is the smallest (15% of revenue), but achieved an exceptional improvement in margin mix. Revenue only increased by 2% and operating profit jumped by 41%. You won’t see that combination every day.

The South African Revenue Service (SARS) has taken some of the shine off Omnia, with a substantial dispute over transfer pricing practices. SARS is asking for around R945-million in taxes and Omnia has already paid R207-million.

The company is disputing this with SARS and believes that an alternative dispute resolution process is the likely outcome.

Despite the SARS issues, the strong operating performance and the disposal of certain businesses in the group has led to the company declaring another meaty dividend.

With a share price of around R73, a total dividend of R8 per share is significant. BM/DM