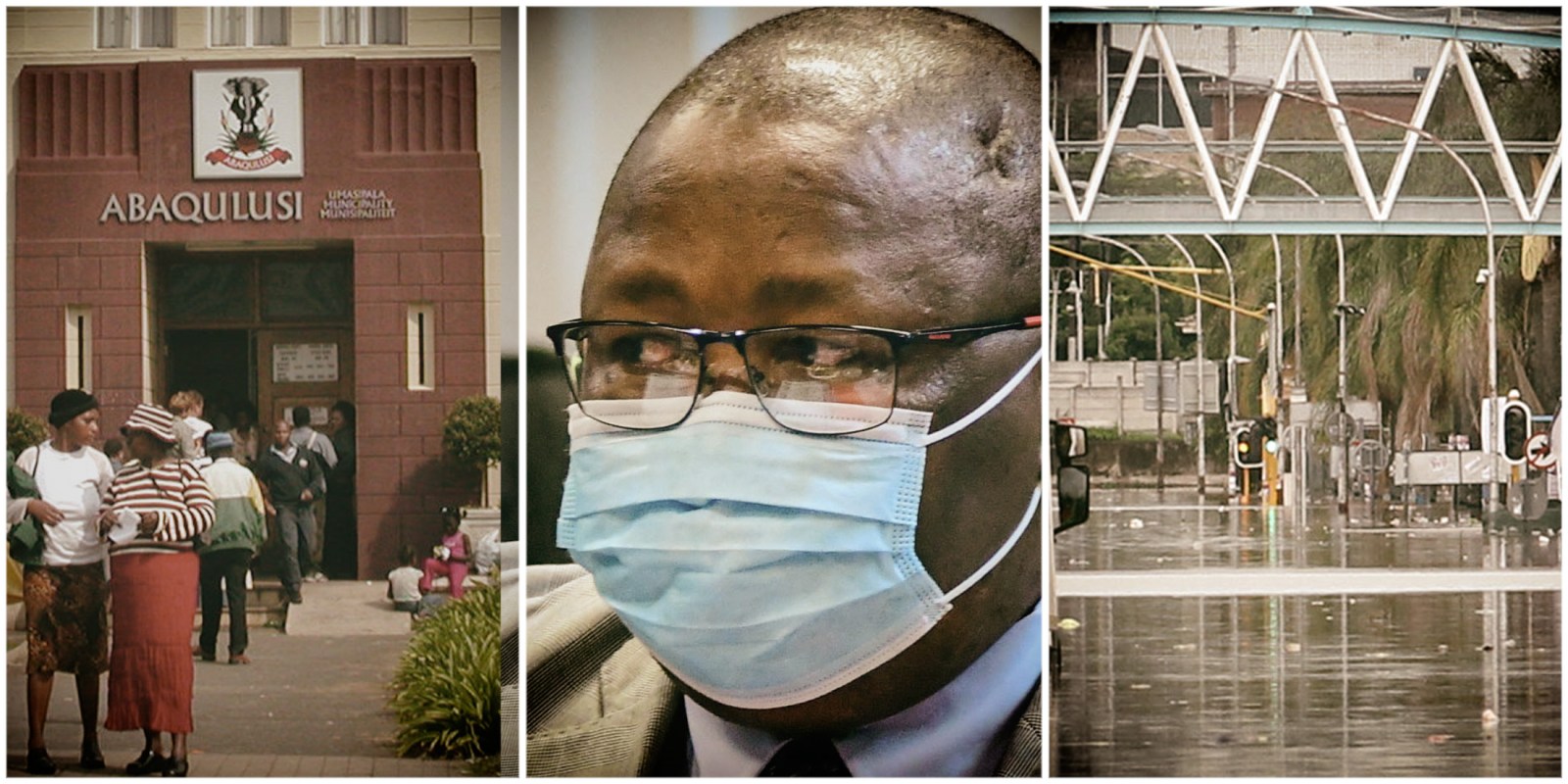 The Auditor-General’s latest audit outcomes paint a picture of financial instability with only 41 municipalities across the country achieving a clean bill of health. Here are some of the best and worst performers in KwaZulu-Natal, which has a poor record of governance and service delivery.

The poor audit outcomes for most KwaZulu-Natal municipalities could have been clearly predicted by viewing a host of publicly available data sources that have been released over the last five years.

Audit outcomes are indicators of the relative health and stability of a municipality. In KwaZulu-Natal, the municipalities with the best audit outcomes have consistently scored clean or unqualified audit opinions over the last five years. Here, the rural Okhahlamba Municipality leads the way, with five consecutive clean audit opinions, indicating a good degree of political and administrative stability at the time of the audits.

Of the 10 municipalities in KwaZulu-Natal that obtained the worst audit outcomes, eight are under administration.

A dive into National Treasury’s annually released State of Local Government Report shows that all of the worst performing municipalities have been flagged as being “financially distressed” by the national office since at least 2016.

According to Auditor-General Tsakani Maluleke’s latest report, only 22% of the 54 provincial municipalities in KwaZulu-Natal submitted annual financial statements of good quality, and 38, or 70%, had failed to rein in irregular expenditure.

Maluleke said key issues were political instability, little to no consequence management, poor financial controls, and inexperienced officials who are forced to rely on consultants for the most basic tasks.

Other than Okhahlamba, the other municipalities with the best outcomes were uMhlathuze Municipality and King Cetshwayo District (formerly known as uThungulu) Municipality, Dr Nkosazana Dlamini Zuma, Ray Nkonyeni and uMuziwabantu.

They all mostly scored well on areas such as compliance, record keeping, control of expenditure, supply chain management and risk management.

If the worst performance list is expanded, it includes Ulundi, Ugu District and Newcastle which, together with Mooi-Mpofana, uThukela, Msunduzi and uMkhanyakude, have been spotlighted by the AG as municipalities for which there is “significant doubt whether they will be able to continue operating as a going concern in the near future”.

Financial distress has been flagged repeatedly since 2016

According to the State of Local Government Report, each of the municipalities spotlighted as the worst performing in the province had been, at some point, and in some cases repeatedly, flagged between 2016 and 2020 as being in financial distress.

To be deemed financially distressed, a municipality must score negatively on seven of 13 indicators. According to the assessment of the 13 indicators, municipalities in financial distress are generally characterised by poor cash flow management, increasing debtors’ books and creditors, as well as insufficient repairs and maintenance of infrastructure. Most of these municipalities have a history of unfunded budgets and disclaimed audit opinions.

The 2020/21 audit outcomes cover the period of the previous political administrations whose terms came to an end in November 2021 when local government elections were held across the country.

While this year’s set of results would have no bearing on the election results that saw many of KwaZulu-Natal’s ANC-governed councils become IFP-led coalition governments, what is clear is that problems such as visibly poor service delivery and collapsing infrastructure have influenced citizens to shift their votes from the ANC, or simply not to vote.

For the ANC, this loss of support is not only restricted to its poor-performing municipalities, but also to its better-performing ones, pointing to a much wider problem for the crumbling party.

The ANC lost the 52% majority it obtained in 2016 in Okhahlamba (Bergville) and slumped to 29% in 2021. It has managed to hold on to the council with a razor-thin coalition.

The governing party suffered a similar fate in uMhlathuze (Richards Bay) dropping from a high of 63% obtained in 2016 to 40% in 2021. In this instance, an IFP-coalition has taken control. The ANC did, however, manage to maintain control of Nkosazana Dlamini-Zuma Municipality, albeit with another massively reduced majority of 54%, down from 81%.

And while the ANC-led provincial government will not admit it, there has also been a clear ramping up of pressure from the KwaZulu-Natal Department of Cooperative Governance and Traditional Affairs, led by MEC Sipho Hlomuka, to apply aggressive oversight on municipalities the party no longer controls, with a noticeably lighter touch on ANC-controlled ones.

A clear example is that of Ugu District, which is responsible for the catastrophic water crisis on the south coast of KwaZulu-Natal, once a preferred local and international tourism destination. The district has battled with water supply for more than a decade.

Opposition-run councils challenge attempts to place them under administration

Ugu is yet to be placed under administration despite being one of those flagged by the Auditor-General as having doubts to its future as a going concern. But tightly contested IFP-controlled municipalities, in which by-elections could swing power, are almost constantly under the whip.

This has in turn led to opposition-run councils legally challenging any attempts by the provincial government to place them under administration in terms of Section 139 of the Constitution.

At a May 2022 sitting of the National Council of Provinces that focused on Section 139 interventions, KZN Cogta said it “noted a growing tendency by some municipalities to resist the Section 139 (1)(b) interventions by approaching the courts, a case in point being the Abaqulusi, EMadlangeni and Nquthu municipalities”.

Currently, in northern KwaZulu-Natal, the ANC-led government is using its resources, via the courts, to help reinstate its leadership in Mtubatuba and uMkhanyakude District, which were removed in February and May respectively through votes of no confidence and replaced with IFP-led coalition leadership teams.

The ANC has an increasingly polarised and polarising political dynamic in KZN that essentially places members into two camps – those who support former President Jacob Zuma, or at least his stated ideology, of Radical Economic Transformation (RET), and those who support the prevailing administration and its ideology, marketed as being more progressive and anti-corruption. While the latter has been embraced by the media, patronage networks still exist in both “camps”.

This is not uncommon elsewhere in the country, but in KwaZulu-Natal, allegiances can and do exacerbate already high levels of dissatisfaction. The July 2021 riots serve as an example.

According to the presidential panel report that probed the eight days of looting, arson and unrestrained criminality: “[T]he crisis of politics, as epitomised by the violent ructions in July 2021, should also indicate to all that when political rivals choose violence over contestation within the rule of law, it is ordinary members of society who become collateral damage”.

Furthermore, there have been several documented incidents where municipal officials have colluded with senior RET ANC leaders and their rent-seekers, that include a volatile pseudo-organised crime network known as “business forums”, to use violence and other coercion tactics to wrestle public-sector construction contracts that should have gone to tender.

Currently, the most prominent example of this is the criminal case against former eThekwini mayor Zandile Gumede and various co-accused. That matter is expected to go to trial in July.  DM

Please Note: Municipalities and districts (which contain a number of municipalities) are audited separately so the audit outcome of a municipality does not necessarily correlate with the district in which it falls.