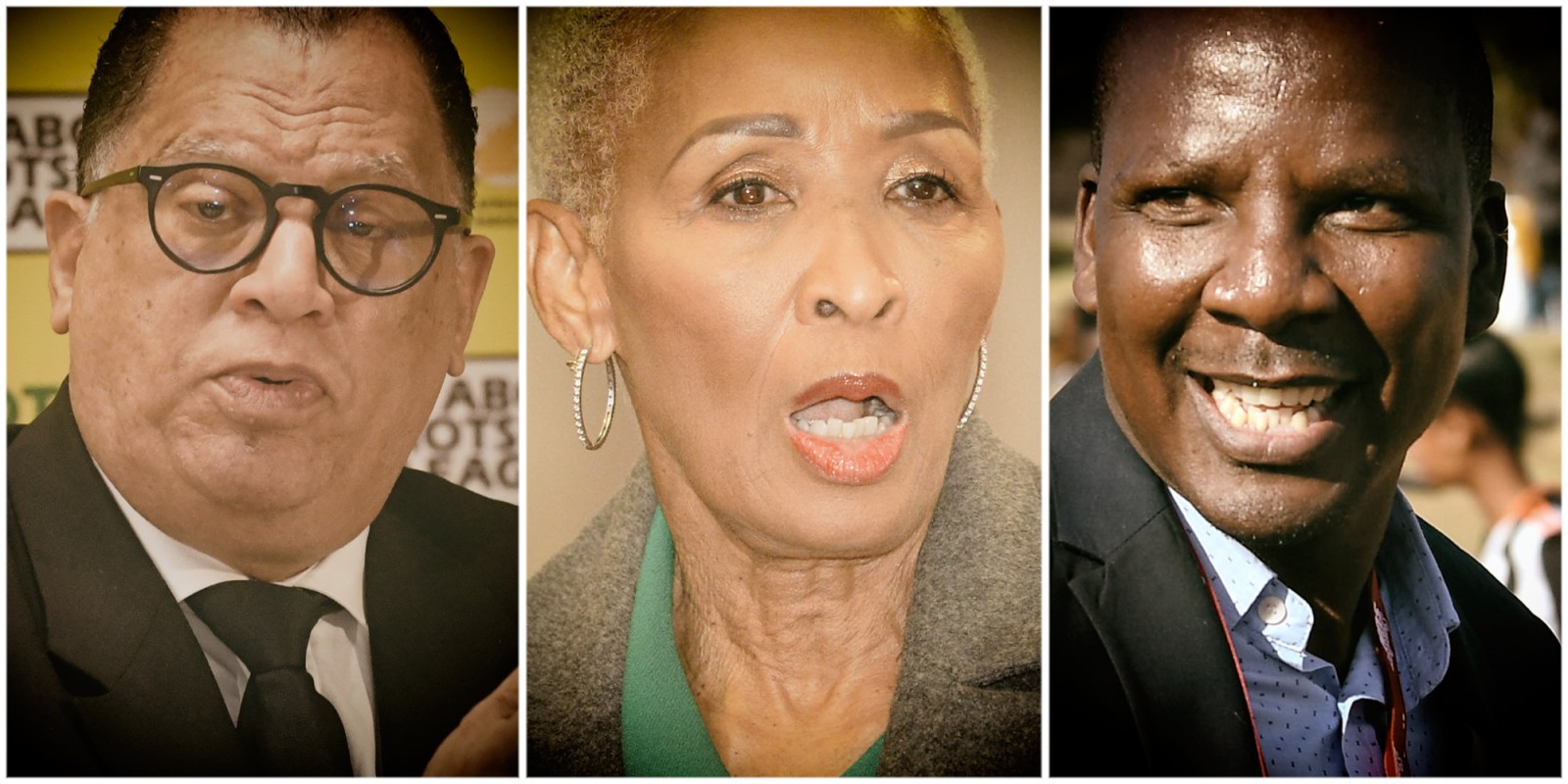 The result of the South African Football Association’s (Safa’s) elections was never in doubt. Danny Jordaan, who has held the post of the association’s head honcho since 2013, prevailed over his challengers Ria Ledwaba and Solly Mohlabeng.

Jordaan received 186 votes to comfortably win the elective race by a landslide, as the majority Safa members who had voiced their support for him in the lead-up to the elective congress stuck to their guns and voted him in for a third term. His rivals, former vice-president Ledwaba and Safa Tshwane president Mohlabeng received 27 and eight votes, respectively.

Speaking after his convincing victory at the congress, which took place at Sandton Convention Centre in Johannesburg on Saturday, 25 June, Jordaan hinted that the majority of the Safa members were the ones who had convinced him to push for a third term, instead of him calling it quits after being at the helm for almost a decade.

He said that those who voted for him had wanted to ensure that he had an adequate succession plan for when he might call it quits in 2026 – the year in which his new term will come to an end.

“That’s one of the reasons why [some of the] members said ‘you can’t just drop the ball and go. You must have a succession plan.’ I heard them and we agreed. It is not as if I woke up one morning and said I want a third term. That is far from the truth, I had accepted that I’d made my contribution. But I must now manage the vision for 2030 and put a plan in place.”

That plan will not involve Ledwaba, whose time with the association has likely come to an end. She is not eligible for a role in Safa’s National Executive Committee (NEC) after not being not nominated for the post by her region.

Additionally, an amendment of the Safa constitution at an Ordinary Congress on 26 March 2022– vetted by the majority of the association’s members – stipulates that Jordaan will now be at the forefront of electing his own deputies.

According to the amended statutes, only Premier Soccer League chairperson Irvin Khoza is guaranteed the role of vice-president.

That means that Ledwaba, who made history in 2018 when she became the first female vice-president of Safa, will not be in the mix. More especially considering her recent pushback against the incumbent.

This was confirmed by Safa CEO Tebogo Motlanthe, who said: “If she’s no longer a member of the NEC, she can’t be a vice-president. The only automatic vice-president is the chair of the league, and the others must come from the NEC.”

The rumble before race

Ledwaba’s court bid to halt the elective congress was thrown out by Pretoria High Court Judge Brenda Neukircher, on the basis that she had dragged her heels in bringing the matter before the judicial system.

Ledwaba alleged that during the March congress, the association amended its constitution in contravention of the rules and procedures laid down in the same constitution, and that this was intended to give Jordaan an advantage heading into the elections.

She also felt there had not been enough time to campaign from when the names of those contesting the elections were publicly released (6 June), deeming it a further advantage to Jordaan. A view that was backed up by fellow presidential hopeful Mohlabeng.

In May, she wrote to both the Confederation of African Football (CAF) and global football custodian Fifa – alleging irregularities in how the constitution was amended. However, CAF dismissed her concerns – saying the voting process to vet the changes had been up to standard.

In spite of her loss, Ledwaba says she will not be lost to football.

“I knew the odds were against me, but I think I fought a good fight. I am not leaving and you are still going to hear a lot from me until Jordaan is out of football,” Ledwaba said in the aftermath of the elections.

“This is not the end for me, I have the Ria Ledwaba Foundation that is giving back to local communities. I got a lot from football. This game is in my DNA and there’s nothing to be discouraged about these elections.”

On the day preceding the elections, journalists attending a press briefing meant to offer an update on the state of readiness were caught off guard.

The briefing was marred by members of the media being verbally attacked by Safa’s NEC members as they posed questions on why Jordaan felt he needed a third term in the role of president.

Following that line of questioning, the 70-year-old Jordaan invited members of the NEC present at the briefing to respond on why they felt he was the right man to carry them forward.

Safa Overberg president Tankiso Modipa was one of those who responded.

“We see the contribution that the president is doing for football and we asked for a third term,” volleyed Modipa.

“It’s always unfair for you as the media to ask questions that are direct and personal to our president… You are not even in football, you are just a journalist, you must deal with the journalist [things] and not attack our president. We decided for a third term.”

Shortly after, the media briefing descended into chaos and had to be abandoned after tensions boiled over and some media members were accosted by the present delegates as they tried to capture the unfolding events.

Since then, Safa has moved to apologise to the press for the scenes which preceded the elective congress.

“You know that my own history is a history of struggle for freedom of press, freedom of speech and therefore as an institution, as an organisation we have to apologise for what happened on Friday,” said Jordaan.

“As the president said, when we deal with media we have always said as our valued partners, we have an open-door policy,” Safa CEO Motlanthe added.

“I want to again say we apologise for what happened yesterday [Friday]. We have spoken to the members concerned and we apologise on their behalf.”

In spite of the apologies, the unsavoury scenes have added another blemish to Safa’s public image. DM