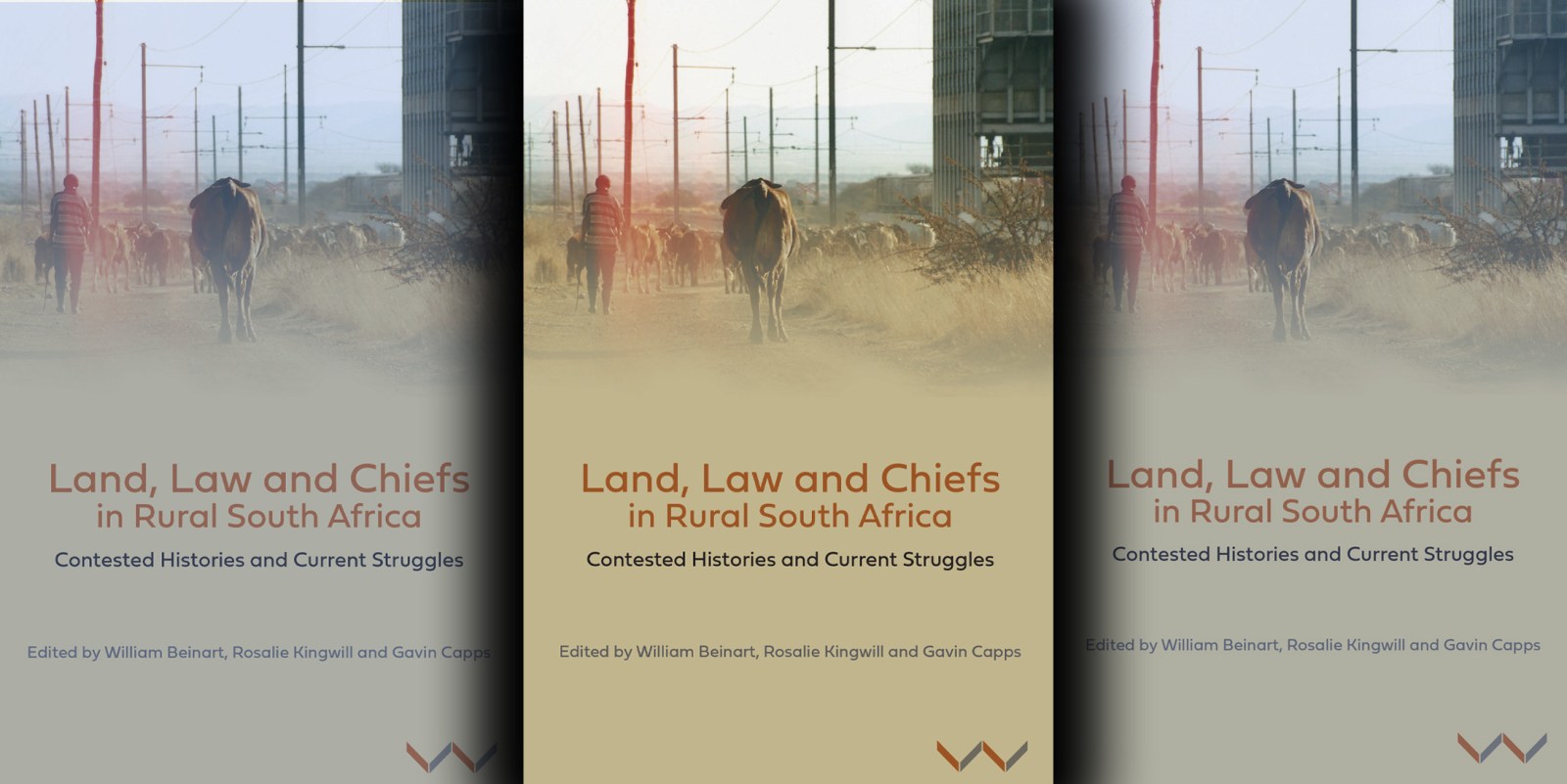 Apartheid may be over, but the Bantustans live on — and the ANC is milking this for all it’s worth. Ed Stoddard reviews ‘Land, Law and Chiefs in Rural South Africa: Contested Histories and Current Struggles’, a stimulating collection of 12 essays.

The political marriage of the ANC and traditional leaders in the former homelands has revived an apartheid project that still disfigures the landscape, both figuratively and literally. Enduring poverty, uncertainties over land tenure as well as conflict and contestation have been the depressing results. Apartheid is over, but the Bantustans live on — and the ANC is milking this for all it’s worth.

These, at least, are among the takeaways for this reviewer from this stimulating collection of 12 essays by academics and activists involved in South Africa’s never-ending disputes over land. Land, Law and Chiefs in Rural South Africa: Contested Histories and Current Struggles is an excellent primer, if at times a slightly jargony and uneven one, on such issues.

It is a good companion for Wandile Sihlobo’s Finding Common Ground: Land, Equity and Agriculture and Tembeka Ngcukaitobi’s Land Matters: South Africa’s Failed Land Reforms and the Road Ahead.

Much of the focus here is on tensions arising from mining operations in the former homelands and struggles over access to the rich revenue streams that spring from the underground seams. In a happenstance of history, much of the planet’s reserves of platinum group metals are found within the boundaries of the apartheid-era Bantustans.

“In the apartheid era (1948–1994), the South African state decided to entrench tribal authorities over the whole of the areas demarcated as Bantustans, thus rendering it impossible for the rural poor in the former homelands to have communal tenure without chiefs,” writes Sonwabile Mnwana in a chapter on legal battles over platinum in North West province. “Increasingly, local chiefs in the former homeland areas were assumed to be custodians of communal properties in the rural areas where Africans lived.”

The historical record, according to a number of the contributors to this anthology, was more complex than such a narrative suggested. “[C]hiefs did allocate land and distribute other resources to members of their polities. But this power was significantly enhanced by the colonial system of indirect rule,” Mnwana says.

“Since the early 2000s, the state has enacted legislation that has not only legitimised the mediation of relationships between mining corporations and communities by traditional leaders, but has also enabled continuities in rural power relations in the areas that fell under chiefs and ‘tribal authorities’ in the homeland era. These laws are often interpreted to facilitate control by chiefs of customary land rights and distribution of mining revenues in rural areas.”

The Traditional Leadership and Governance Framework Act (TLGFA) of 2003 was the key piece of enabling legislation on this front. The bottom line is that it has made chiefs the custodians and mediators of communal resource allocation, with the stakes significantly raised when platinum is the prize.

The results have often predictably been conflict and uncertainty, with mining companies cutting deals with tribal authorities that have been challenged by communities that have felt excluded from the bounty.

Examples have included the Mapela Trust, a vehicle set up by Anglo American Platinum (Amplats), which this correspondent covered extensively in the past.

Read in Daily Maverick: Amplats empowerment vehicle now has R2bn worth of shares

It was set up with R175-million to fund development projects in communities around Amplats’ Mogalakwena mine, the Anglo American prize cash spinner, but proved to be a flashpoint of conflict among villagers who felt excluded and complained about its lack of transparency. A subsequent restructuring seems to have helped.

Similar initiatives by other mining companies have also provoked social unrest on the turbulent Platinum Belt.

“Chiefs see themselves as legitimate mediators and gatekeepers through whom mining capital can gain ‘easy access’ to cheap local labour and communal land,” Mnwana writes.

“However, this model has not yet led to tangible benefits for community members. Rather, it has enhanced the power of the chiefs and led to a lack of transparency, non-accountability, heightened inequality, deepening poverty and local tensions.”

The political backdrop at play here has been the ANC’s reliance on the chiefs to deliver the rural vote, which is becoming the party’s key base of political support as its urban appeal wanes amid growing municipal government dysfunction stemming from corruption and incompetence.

Other issues tackled by writers such as Gavin Capps include Lonmin’s quest to snag a politically prized BBBEE partner in the form of Cyril Ramaphosa and the R600-million that went missing from a so-called “D-account” meant to benefit 40,000 members of the Bapo Ba Mogale, an affair that this publication has shone a light on in the past.

Read in Daily Maverick: The missing R617-million: Can the Bapo Ba Mogale retrieve their stolen funds?

One common theme is the way the TLGFA and other legislation have been “less concerned with transforming traditional leadership to fit into the new democratic dispensation, than to entrench a form of chieftainship carried over from apartheid”.

The essays do not explore some recent issues such as the rise of “procurement mafias”, which have been increasingly trying to shake down mining companies for cuts of their lucrative expenditure pie.

Some of these are probably either rooted in local tribal authority networks or rely on an army of the unemployed and those excluded from such networks to engage in “protest” action.

Meanwhile, millions of South Africans continue to lack security of tenure in the apartheid relics of rural poverty that are the old homelands, while wider property rights remain under threat amid debates about expropriation without compensation. DM/BM