NGO takes Health Minister Joe Phaahla to court over 'in... 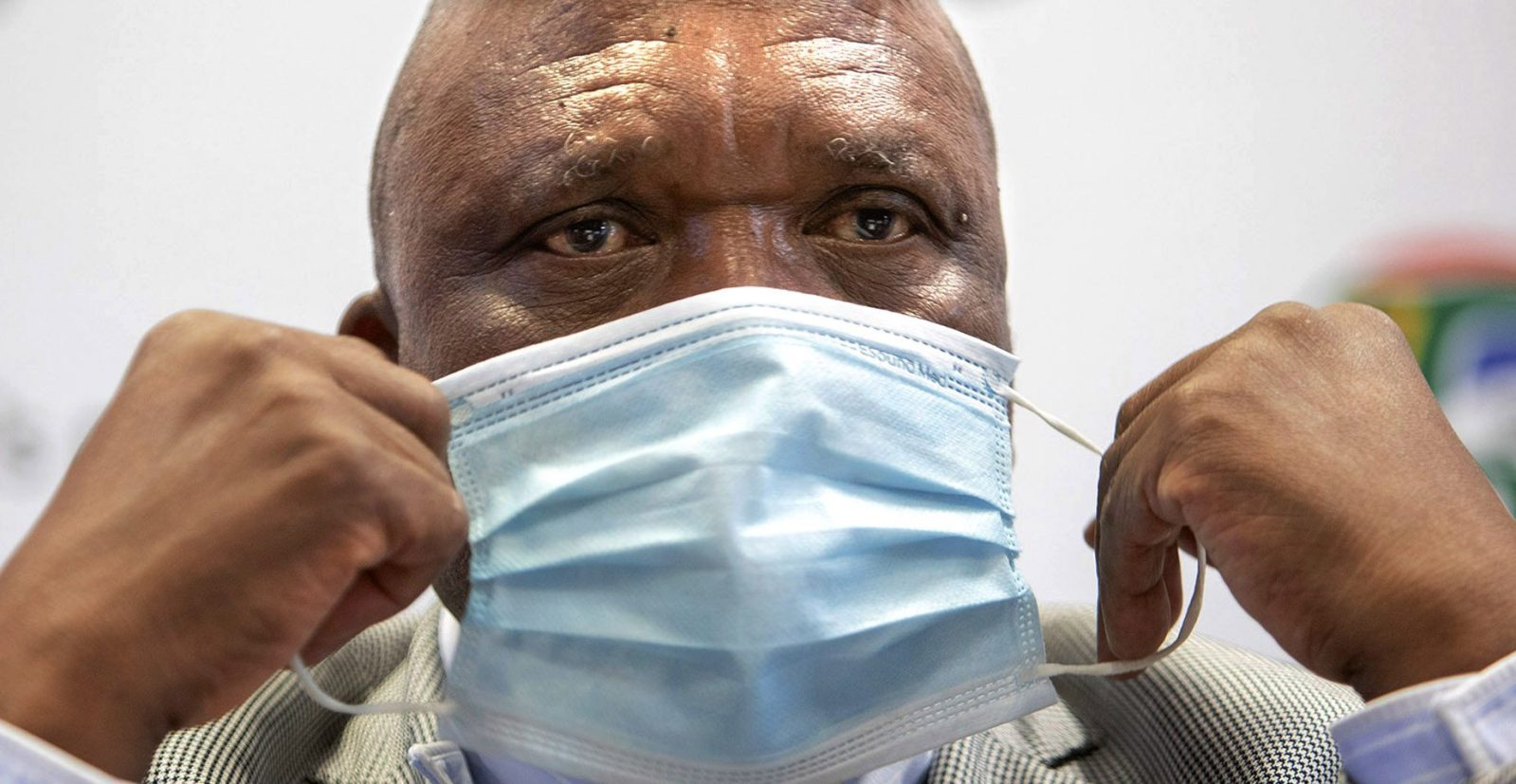 Court papers by non-profit organisation Sakeliga state that interim regulations were substantially and procedurally irrational, and that Minister of Health Dr Joe Phaahla's approach had been incoherent and disingenuous.

Despite lifting regulations that made it compulsory for people to wear masks indoors, Minister of Health Dr Joe Phaahla was still due to file papers in the high court on 24 June to answer to allegations that the interim mask mandate was unlawfully introduced in May this year.

The case is brought in the Pretoria High Court by Sakeliga, a non-profit organisation, with its director Piet le Roux saying they are also litigating in the interest of the public. Similar cases have also been filed by AfriForum and Dear SA.

On 23 June, during a press conference, Phaahla confirmed that the wearing of masks indoors was no longer compulsory but added that he was encouraged by members of the public who still want to wear theirs.

Le Roux said they were still waiting for an official response from the minister’s legal team. “They wrote to us on Thursday [23 June] that they were expecting to file an answering affidavit from the minister on Friday. Depending on what they undertake to do or deliver to us, we will consider the matter. At first glance, the withdrawal of the mask mandate was not complete and several irregularities remain that can be challenged in court,” he said.

The compulsory wearing of a cloth mask was introduced on 1 May 2020 after President Cyril Ramaphosa announced a move to lockdown Level 4 on 25 April 2020.

Phaahla said he was optimistic that Covid-19 was becoming endemic in South Africa and would remain that way.

He said the repealed regulations don’t mean that it would now become illegal to wear a mask but only that it was now up to each person to decide. He said he had listened to interviews with people on the radio on Thursday morning. “Many of them said: ‘I am not ready to drop the mask,’” Phaahla said.

“The wearing of masks is helpful to prevent respiratory infections,” he added.

He said the country had not reached 70% coverage of the Covid-19 vaccine for people over the age of 12, except for the age group over 70, 70.1% of which were now vaccinated against the disease.

Phaahla, however, stressed that it would still be up to the owners of shops, old age homes and the governing bodies of schools to decide whether they would make the wearing of masks a condition of entry.

But Le Roux said in the organisation’s founding affidavit that when the interim regulations came into operation overnight on 4 May, these were both substantially and procedurally irrational.

“The public had been given no notice of formal details of the contents of what the [interim] regulations would be before these were published and became law overnight,” Le Roux said in his affidavit. “The approach adopted by Phaahla has been incoherent, irrational and disingenuous.”

He argued in court papers that the regulations were introduced with ulterior purposes and in effect extended the rules and regulations of the Disaster Management Act.

By extending the mask mandate, Le Roux said, Phaahla continued a public health containment strategy that was inappropriate and unconstitutional.

The organisation had obtained the Ministerial Advisory Committee’s advice to the minister on 16 February and this stated that, although an indoor mask mandate should be retained, it should be reassessed with the ultimate aim to lift it.

Le Roux added that in making the interim regulations, Phaahla had “completely disregarded” advisories from the Ministerial Advisory Committee.

In this advisory, the committee stated that a “rising caseload” of Covid-19 cases alone would not warrant further action by itself. They had regarded a high burden of severe disease as a better measurement.

Although the subvariants of the Omicron strain caused a sharp rise in cases in April and May, there was not a similar increase in hospitalisation and death as was seen with the Delta variant outbreak in 2021.

Restricting alcohol sales if this was needed to open up beds in intensive care units and high-care units and restricting school hours, as a last resort, were also mentioned. DM168