Panic sets in among E Cape families as uncertainty grow... 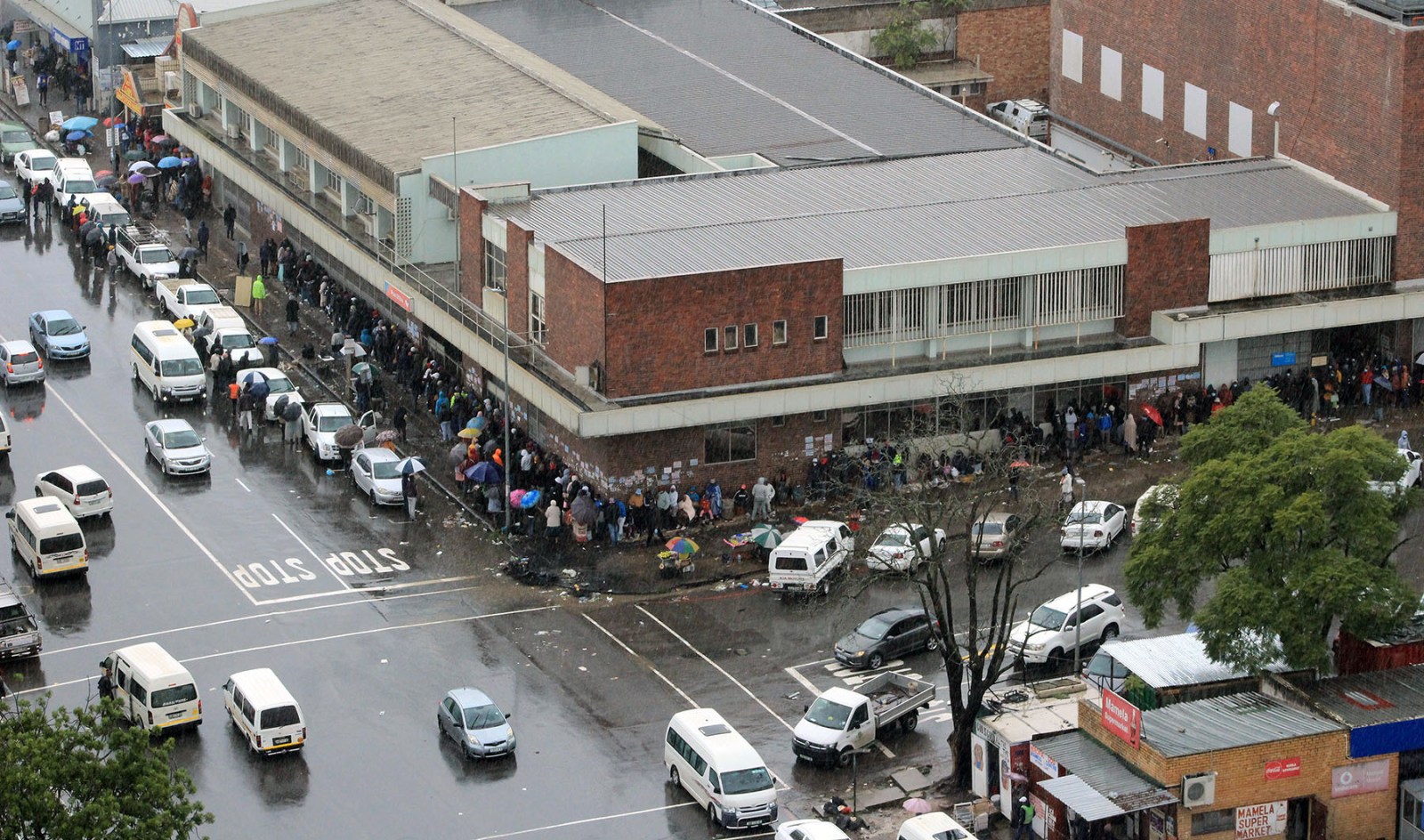 Despite heavy rain, a queue for the final R350 grant snaked around the block in Mthatha. (Photo: Hoseya Jubase)

Some Eastern Cape Social Relief of Distress grant beneficiaries are starting to panic because they are down to their last cents in a battle to survive. Photographer Hoseya Jubase asked frustrated grant recipients to open their wallets and show him what they had left until their next grant payment. The province has extremely high unemployment rates – including 80% among young people.

They last received their money in March 2022. Now they are beginning to panic.

Many families, who battle hunger daily, no longer have money for transport, groceries, their funeral policies or stokvels.

Last week, Maverick Citizen reported that civil society organisations #PayTheGrants, Amandla.mobi, Black Sash, the Institute for Economic Justice (IEJ) and the Social Policy Initiative had raised the alarm over millions of poor people who had not received the Social Relief of Distress (SRD) grant for April and May.

President Cyril Ramaphosa then indicated after his Budget Vote speech that payments would be made this week and would be backdated.

This week, Maverick Citizen reported that outstanding payments of the R350 grant, according to the South African Social Security Agency (Sassa), “will not be done together, but will be done month-by-month. Sassa will do these multiple payments in a month until the backlog is finalised, whereafter monthly payments will resume.”

Msa Khalimashe (38), who lives alone in Mdlankomo locality in Libode, Eastern Cape, does not know what he is going to do now. He was depending on the R350 grant to put food on the table.

If he had money left he would pay to go see his brother at the Dr Grace Sangoni Memorial Centre, a facility for the elderly and the disabled in Mthatha. It is a round-trip of about 68km.

“I have not seen my younger brother for the past three months because I did not get the grant. But when I went before I needed at least R100 so that I could buy fruit and soap for him because he is sick. Now that the R350 has stopped things are worse and I can no longer see him.

Khalimashe, a former employee at DALACOM Solutions and FDB Electrical Construction, said that even though R350 was not enough, it was making a huge difference in his house.

“For now we do not know what is happening with the R350 [grant] because we were promised that it will be paid this month in June but we still have not received it.”

Also in Mdlankomo locality, Nolutho Nodayinge (50), who lives with 10 people in her temporary structure and a shack, said they are struggling because her daughter, Thandekile, has not been receiving the grant.

She said one person in their home received a disability grant, but they relied on her daughter’s R350 to buy food.

“I also applied for the R350 grant but we are still waiting. We are hoping we will get some money this time. Nobody here is working.”

In Gxulu locality, members of the Busuku family said they are struggling severely because they are no longer receiving the R350 grant.

Zoleka Busuku (64) said she owed a funeral parlour R300. “I have failed to pay for two months (April and May).”

Busuku is also struggling to access her old-age pension because Home Affairs made a mistake on her ID document. She and her daughter had been receiving the SRD grant.

“We were using the R350 grant for many things,” she said, adding that it also keeps the community stokvel going. DM/MC