Limpopo villagers in Mtititi forced to buy water with s... 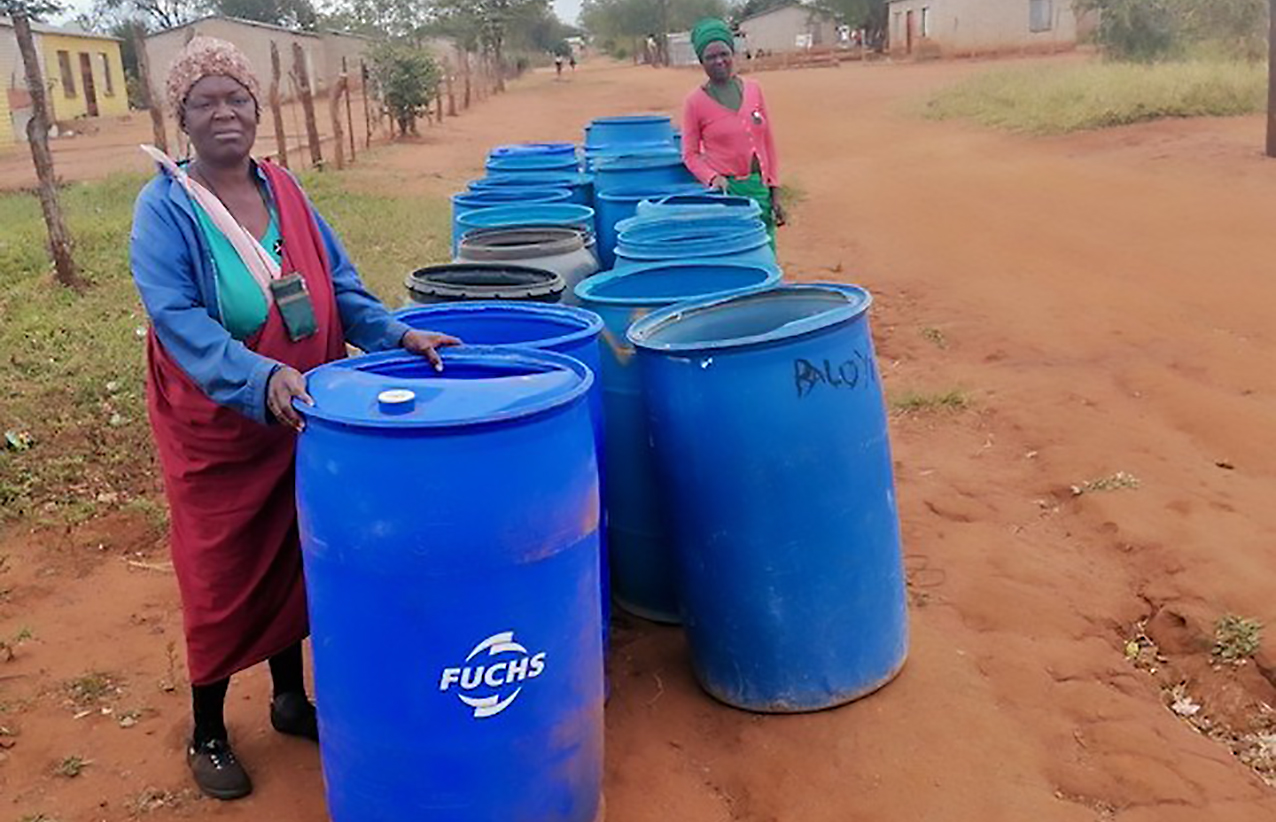 For five months, Ngozi Hlungwani and Sarah Baloyi have been waiting in vain for a Vhembe District Municipality tanker to fill their empty water drums. (Photos: Bernard Chiguvare)

Two years ago the water situation in Mtititi was dire. Now it’s even worse

Eighteen months after we last reported on the dire water situation in Mtititi, outside Thohoyandou in Limpopo, the situation has only become worse, despite promises made by the district municipality at the time.

The 650 RDP houses of Mtititi, built in 1999, have never had tap water. When we visited in November 2020, residents were fetching water from a borehole at Muhunguti village a couple of kilometres away. That borehole stopped functioning in December 2020. The municipal spokesperson said some boreholes have dried up but did not answer specifically on this one.

The alternative for residents then was to fetch water from one of two 5,000-litre jojo tanks in Muhunguti. One tank had been broken since 2016. Vhembe District Municipality (VDM), which is responsible for water, promised to fix it but never has. The one intact tank has not been filled for the past five months.

In vain, villagers like Ngozi Hlungwani, who is 80 this year, and Sarah Baloyi (66) have been getting up at 6am to cart their empty 200-litre plastic water drums to the side of the road in the hope that the VDM water tanker will eventually show up. Such blue containers can be seen on nearly every street. In the afternoon the two women carry their empty containers back home. This has been going on for five months, they say.

When asked why there had been no deliveries, VDM spokesperson Matodzi Ralushai said, “The municipality has limited water tankers, however, tankers are deployed as per request.

“Why should we request water tankers in Mtititi area? The VDM know very well that we do not have water!” said Given Magoveni, a community leader.

For the past months, villagers have resorted to buying water from private water tankers. They pay R5 for 25 litres. Most families survive on social grants and can hardly afford it.

Nomsa Maluleke stores and rations her water from 24 containers of 25-litres each. It costs R120 and lasts two weeks. She has a family of six and uses her child grants.

“These politicians, when it comes election time, they regularly visit us promising to fix our water issue but after voting we do not see them anymore,” said Maluleke.

“Not very far away is Nandoni dam which is 100% full, but the municipality fails to install water pipes in our town,” said resident Oscar Chauke.

Spokesperson Ralushai said that the municipality is working on a plan to resolve the water problems in the area, such as identifying underground water sources.

While visiting Mtititi, Groundup also discovered that the pit toilets — each RDP house has one — are full and now most residents are using the surrounding bush.

Some residents said they would build new toilets but without water they cannot do the construction. DM