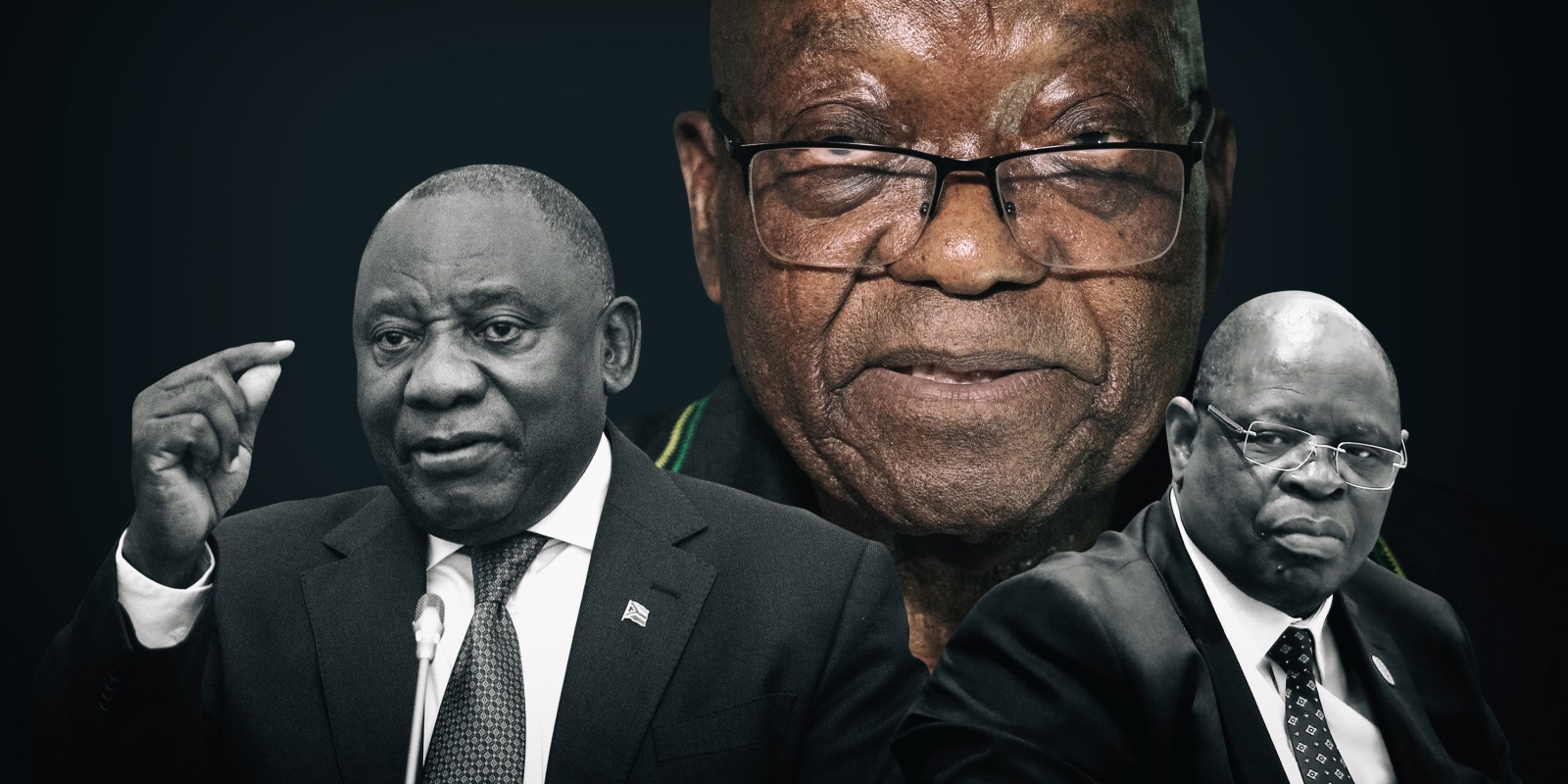 The ANC wields significant power through deployment and the finding is likely to give the party one of the biggest headaches. The six-volume State Capture report places the party at the heart of the descent into grand corruption in the democratic era.

Zondo also found that President Cyril Ramaphosa had not been honest when he told the commission that the deployment committee did not make recommendations on judicial appointments.

Minutes subpoenaed by the commission found that the uber-powerful committee had in fact made recommendations to fill judicial vacancies – the minutes showed the party had made recommendations and preferences on judges. The Zondo report has revealed that the deployment committee has a wide-ranging power and arrogates to itself the decisions to “recommend” members of the:

Until the State Capture Commission hearings, the deployment committee had operated in secret (it didn’t even keep minutes until recently, the commission found), so the full remit of its ability to place candidates was not known. Judge Zondo also confirmed a link between the committee and State Capture in his report.

The commission found that: “…the Constitution envisages a public administration that maintains a high standard of professional ethics: that is efficient, economic and effective in its use of resources and that is impartial, fair, equitable and without bias”, and that the governing party’s deployment policy was counter to all four values that guided the “political-administrative interface”.

The term “political-administrative interface” is used to describe how to create independence between party and state; and between partisanship and an independent bureaucracy. The National Development Plan made a number of far-reaching recommendations to bolster the independence of the civil service but these have never been properly implemented. The report found:

“The Constitution’s requirement of a non-partisan public service cuts both ways, and the requirement of a loyal execution calls for personnel who, without blind loyalty to any party, are committed to faithfully implementing lawful government policies with which they may personally disagree.  Active attention to achieving this by political parties – not least by a majority party democratically elected to govern – may not be considered objectionable in principle.

“The problem obviously is to reconcile this in practice with the achievement of a non-partisan public service loyally executing only lawful government policies and nothing more. It clearly could not be justified for a party to use its internal ‘recommendation’ of a candidate for office as a means of placing political pressure on and distorting the objective statutory process of selection and appointment to that office in the state.”

Zondo also said an Eastern Cape High Court judgment had found in a case involving the Amathole District Municipality, “Despite political preference for another candidate, the municipality was obliged to appoint the best candidate.”

The Zondo report found that the ANC cadre deployment policy violates five different subsections of the Constitution and that it also contravenes the Public Service Act.

“No appointment, promotion and transfer may be made or effected or decided upon [outside the prescriptions of the legislation] – and those prescripts are equality and other democratic values and principles enshrined in the Constitution”.

Those values are equality in the treatment of candidates, transparency, accountability and fairness. The report finds:

When Ramaphosa appeared before the commission, he defended the party’s right to deploy cadres and said that in a party political-based electoral system, it was quite normal practice. He said the party only wanted to make sure that “fit for purpose” candidates were put into positions and said that some positions were “political” where the party wanted to advance its own mandate including ensuring gender and demographic balance and the “developmental agenda”. Both Ramaphosa and the party chairperson Gwede Mantashe told the commission that the committee had no power to decide on appointments and that it did not issue instructions.

Zondo drove a truck through this.

“However, the above evidence is not borne out in other evidence before the commission,” he said. “The committee may have more power in reality than it does on paper. The chairperson noted that appointing authorities, who are themselves ANC members and therefore bound to the decisions of the party, such as ministers, might feel pressured to appoint the committee’s chosen candidate, and that this would confer said candidate with an unfair advantage.”

Former public enterprises minister Barbara Hogan told the commission that, in reality, the deployment committee made decisions, not recommendations. She had failed to get “fit for purpose” candidates to lead Transnet appointed on several occasions.

“I have known and I have seen ministers coming out of that type of process just pulling the sweat off their foreheads because it means they have achieved something. It is not an easy process,” the president told the commission. Ramaphosa was the chairperson of the committee all the way through, at the height of State Capture, but he said former president Jacob Zuma often made appointments without telling the deployment committee.

The judge also established a link between ANC deployment and State Capture. He said that Zuma had informed the committee that he intended to fire former finance minister Pravin Gordhan and replace him with loyalist Brian Molefe. He fired Gordhan but was unable to get the Molefe appointment through because of the former Eskom and Transnet boss’s relationship with the Guptas.

“It must be noted that President Ramaphosa was the chairperson of the deployment committee for a period of five years, between December 2012 and December 2017,  and that many of these appointments [and indeed the excesses of State Capture] occurred during this period. Notably this is also the period for which the party could produce no minutes or records. It is not sufficient for President Ramaphosa to focus on the future of the party and his envisaged renewal process. Responsibility ought also to be taken for the events of the previous ‘era’.  He did so partially and only in the most general terms,” said Zondo.

The report notes that Ramaphosa conceded a “massive system failure” yet “repeatedly stressed the importance of cadre deployment, and said that the deployment committee process is ‘vigorous’ and adds an extra level of scrutiny”.

“The ANC has acknowledged that it has been, for an extended period of time, beset by problems including patronage, factionalism and corruption.  The ability to position individuals in strategic positions in the state is a substantially powerful one. It would be naïve to think that these systemic problems would not spill over into the deployment process,” the report finds.

The DA is taking the ANC cadre deployment policy to court and says the Zondo report confirms many of the risks it identified. DM