How chameleons become brighter without predators around 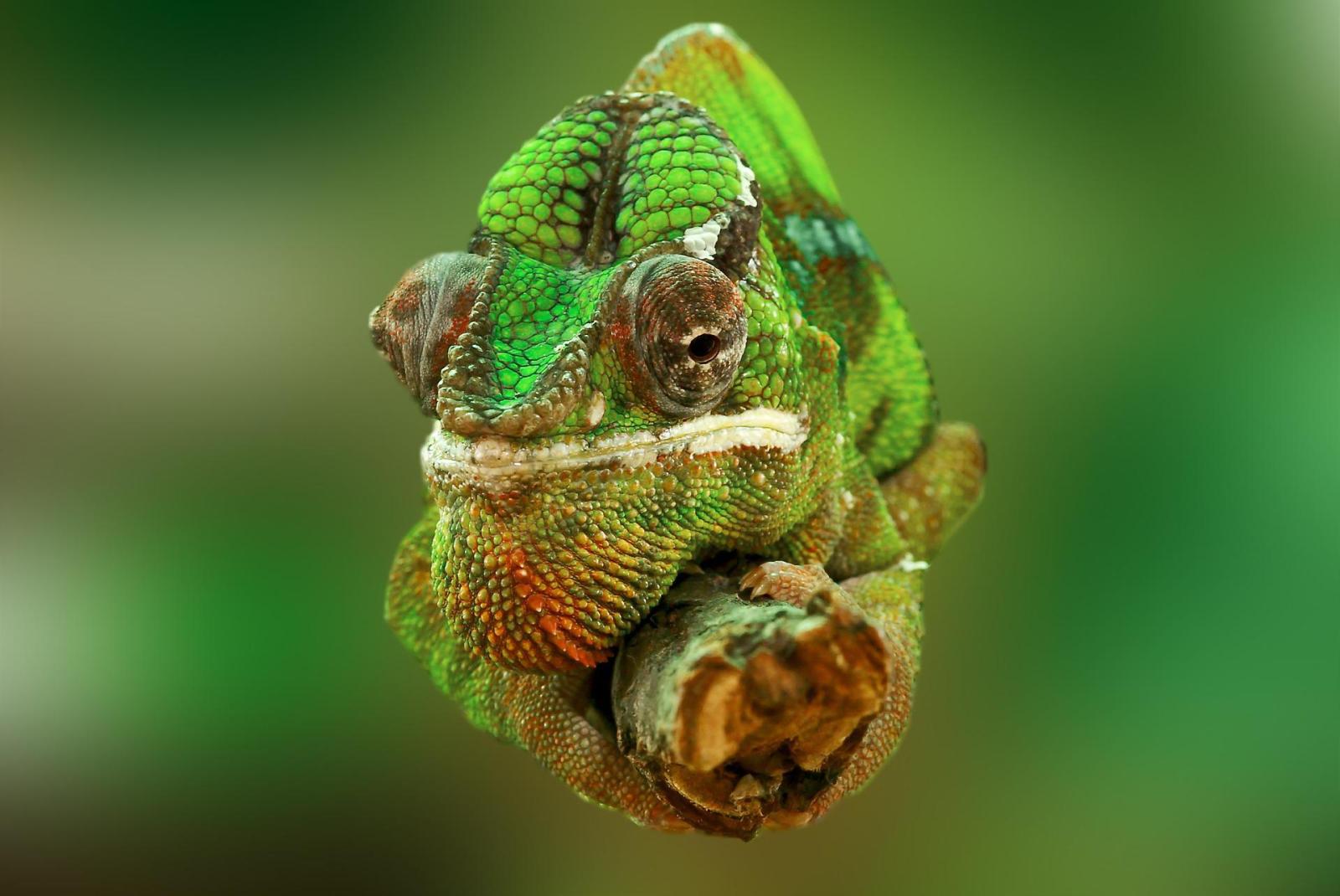 Researchers wanted to understand what happens when chameleons – animals that display dynamic colour change – find themselves in an environment without their natural predators.

Invasive species offer a rare research opportunity, as they often colonise new environments very different to their native habitat. One such species is the Jackson’s three-horned chameleon (Triocerus j. xantholophus), which was accidentally introduced to the Hawaiian Islands in the 1970s.

Our study, published today in Science Advances, shows Hawaiian chameleons display much brighter social signals than individuals from their native habitat range in East Africa – and could represent an example of rapid evolution.

A long way from home

In 1972, about 36 Jackson’s chameleons made their way from their native Kenya to the Hawaiian island of Oahu, destined for the pet trade.

The chameleons were a little worse for wear by the time they arrived in Hawaii, following a long and taxing journey that would have begun days before they were loaded onto the plane in Nairobi.

The story goes that an Oahu pet shop owner, Robin Ventura, opened the crate in his garden to give them fresh air and an opportunity to recover. Presumably, he underestimated the speed with which chameleons can move (and recover) – and they quickly dispersed into the surrounding area.

This founding population represented an accidental invasion, and subsequently became an unplanned experiment in evolution. What happens when an animal with colourful social displays – from a population with lots of bird and snake predators – is introduced to an island virtually free of predators?

We predicted Hawaiian chameleons, as a result of being relatively free from predation, would have more elaborate or brighter displays than their Kenyan counterparts. We also predicted they would be more conspicuous when viewed by their East African predators, such as birds and snakes.

In the animal kingdom, bright or colourful displays can attract the attention of sharp-eyed predators. This reduces an individual animal’s likelihood of survival and, by extension, its reproductive fitness (or the number of genes it passes on to future generations).

When survival is threatened, natural selection acts as a brake and halts the further elaboration of colour, or shifts bright colours to areas of the body less visible to predators.

For instance, many lizard species have bright colours concealed on their undersides or throats. In South Africa, male Augrabies flat lizards will signal to rival males by raising their underside and exposing the throat, which is puffed out.

On the other hand, conspicuous displays may also increase fitness. For example, brighter or more colourful males may gain greater access to females, either by winning contests with rival males, or simply appearing more attractive to females.

This tug of war between survival and fitness is well documented in species with fixed or seasonally dependent colouration. For instance, guppies become less colourful when dangerous predators share their streams. However, it’s less understood in animals with dynamic colour change such as chameleons.

Although we have a good understanding of how chameleons change colour, we don’t know if they modulate their displays when there are more predators in their environment. It may also be that natural selection prevents them from producing colour signals that are colourful or bright beyond a certain threshold.

To test our predictions, we travelled to Kenya and Hawaii to study colour change in wild chameleons.

Chameleons are great study subjects because they have a very strong stimulus response. You can pop them on a branch away from their usual haunts and present them with a fake predator or another chameleon, and they will devote all their attention to the stimulus while completely ignoring you!

We presented each male chameleon with a rival male, a female, a model bird predator and a model snake predator – each in a one-on-one interaction. During the presentations we measured their colour using an optic spectrometer.

This instrument allows us to quantify two metrics of colour: chromatic contrast (essentially how colourful they are) and luminance contrast (how bright they are). We could then estimate how detectable a displaying chameleon would be to an observer – be it another chameleon, or a bird or snake predator.

We also measured the leafy vegetation that forms the backdrop against which a chameleon signals. This way we could estimate how detectable a displaying chameleon would be against a particular background.

An exciting example of rapid change

The results were particularly exciting and exceeded our expectations. We found Hawaiian chameleons had much brighter displays than Kenyan chameleons during male contests and when courting females. They were also more conspicuous against their Hawaiian background than a Kenyan background.

This is consistent with what scientists term “local adaptation”. This is the idea that signals will be fine-tuned to be more detectable in the environment in which they are used.

For Hawaiian chameleons, one unintended consequence of being brighter was they were also more detectable to their native predators.

Interestingly, this effect was more pronounced when facing birds compared to snakes – probably because snakes have poorer colour discrimination than birds. Finally, Hawaiian chameleons also had a greater capacity to change colour than Kenyan chameleons – they could do so over a greater range.

We can’t be completely sure brighter signals in Hawaiian chameleons represents rapid evolution. It’s also possible this degree of colour change is due to plasticity, which is when an animal changes to a different state due to prevailing environmental conditions.

Nevertheless, plasticity itself can evolve – and colour change in chameleons may be a combination of both evolutionary change and plasticity. DM/ML

Martin Whiting is a Professor of Animal Behaviour at Macquarie University.