Blk Jks: The message of revolution

South African rock band BLK JKS: A transfiguration of the message of revolution and change in music 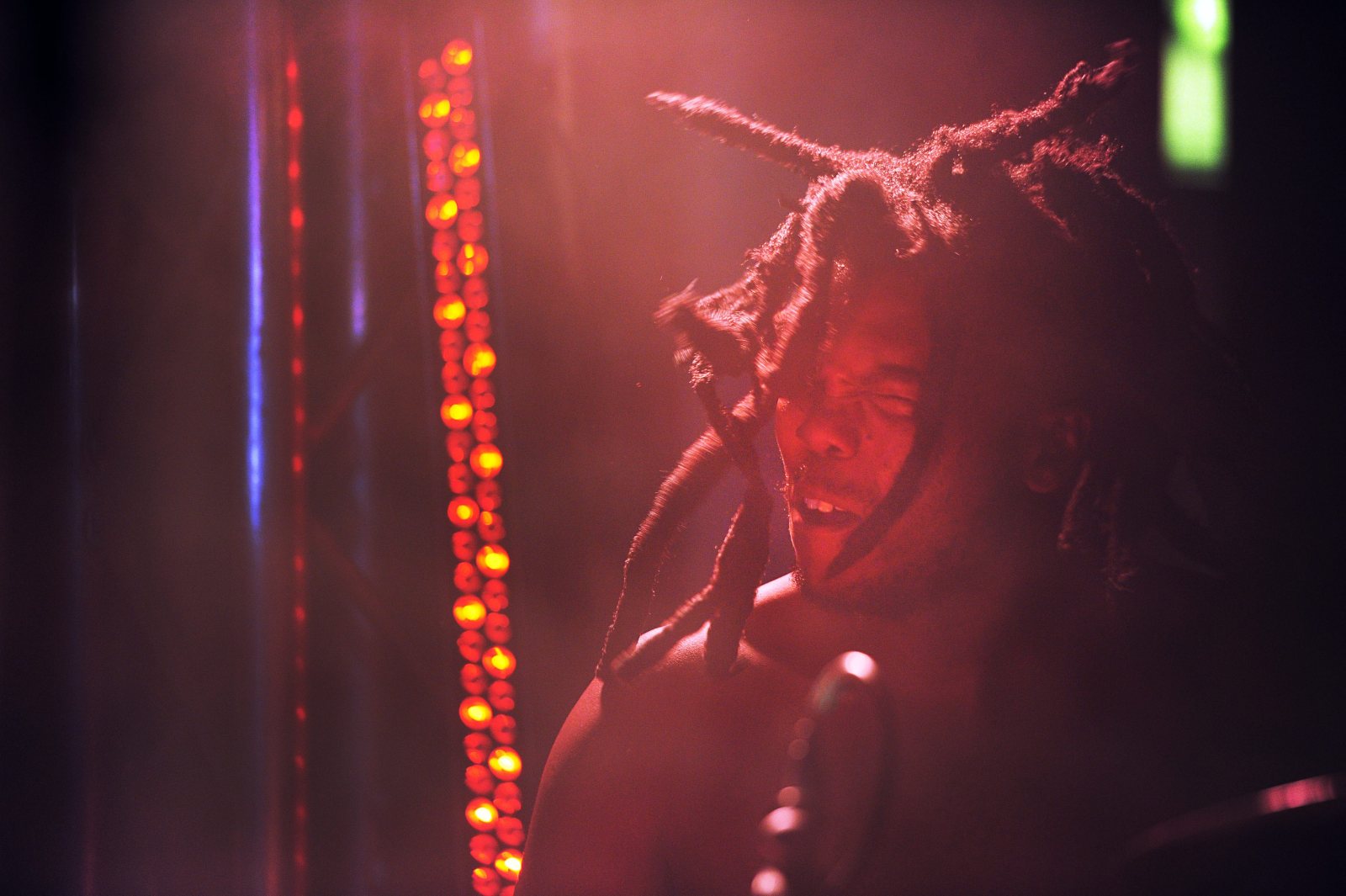 There was a stolen album. There was the loss of, first one and then two, band members.

There was a pandemic (which stalled the release of the new album that was recorded in three whirlwind days in 2019). And there were visas collected with just hours to spare before boarding an aeroplane for their current European and UK tour.

But whatever the travails preceding the band’s show at Paradiso, Amsterdam, on Saturday night 18 June 2022, everyone fortunate enough to be in the audience left knowing that BLK JKS is ready to resume its position as the most vital band working in music today.

Show opener, “Running — Asibaleki / Sheroes Theme”, immediately cements the coherence and virtues of the new BLK JKS line-up. Ramoba’s near-possessed swashbuckling drumming is first up — remaining thrillingly centre stage throughout — and is followed by Mcata’s glam-rock guitar chunks and Mbatha’s snaking, dub bass before Seitei’s trumpet arrives, exultant and seamless, just as the band hoped it would be when reimagining the Blk Jks mix of instruments for the recording of Abantu / Before Humans.

The nine-track album was released in 2021, 12 years after the band’s Mystery EP and debut album After Robots earned BLK JKS a devoted — and, at times, high-profile (Diplo, TV On The Radio, The Mars Volta, Dave Grohl) — following, and a slate of five-star reviews that summoned a plethora of rock sub-genres (art-rock, prog rock, psych-rock, roots-rock, jazz rock, punk rock, desert blues rock, indie rock and even country rock) in an attempt to capture the band’s polyrhythmic drama of sound.

It might have been a dozen years in the making but Abantu / Before Humans was recorded in just three days, during six-hour studio sessions, and the intensity of this creative outpouring was on epic display at Paradiso. Songs like “Mme Kelapile” (“The Hunger”), “Yoyo! – The Mandela Effect/Black Aurora Cusp Druids Ascending” and “IQ(w)ira – Machine Learning Vol 1” offer rebirth and freedom through performances that coax the audience to join the band as it journeys into the musical and existential unknown.

In a space nourished by the warm, intimate glances that flicker between Mcata and Ramoba as they sing — often in relay — and play, the audience is in close communion with each other and with the band. Connectivity and connection are key. Older songs — among them the still hypnotic, still entrancing “Lakeside” — make their entrance without fanfare, reminding those of us who’ve loved the band for more than a dozen years why we do, and why the protracted wait for new music to surface was patience redeemed and rewarded. As we absorb the textures of sounds that rely not at all on the wizardry of electronics, we’re also ready to actualise our activism and take our power from those who don’t want to relinquish it.

Introducing “Mzabalazo”, Mcata describes their version of the urban traditional “Join uMzabalazo” (Join The Revolution)” as “a song about joy, pain, anger, desperation but most of all it’s about organisation”. “Organise is the word,” he says, his tall frame leaning into the mic. “Whatever is going on, each and every one of us here can organise … so (this is) a chaotic song about organisation.”

You can find a demo version of “Mzabalazo” on the 2010 EP Zol!. At the height of the pandemic, BLK JKS played a version, guerilla-style, outside the National Arts Council’s Johannesburg offices in “protest and solidarity” with the Abahlali Base NAC group which was attempting to hold the NAC accountable for the mismanagement of Covid-19 relief funding meant for the creative industries.

At Paradiso, the energy coming off the song is as righteous and ferocious as ever — the sound of musicians making music that is post-Hendrix, post-Miles, post-Masekela and post-Malombo, a transfiguration of the message of revolution and change stirred up by those seminal artists. DM/ ML

The band plays the following dates in June/July:

In case you missed it, also read The sheer joy of being a Patti Smith Substack subscriber

The sheer joy of being a Patti Smith Substack subscriber