Parties adopt watching brief on welcomed final report, while EFF declares Ramaphosa had ‘no moral authority’ to accept it 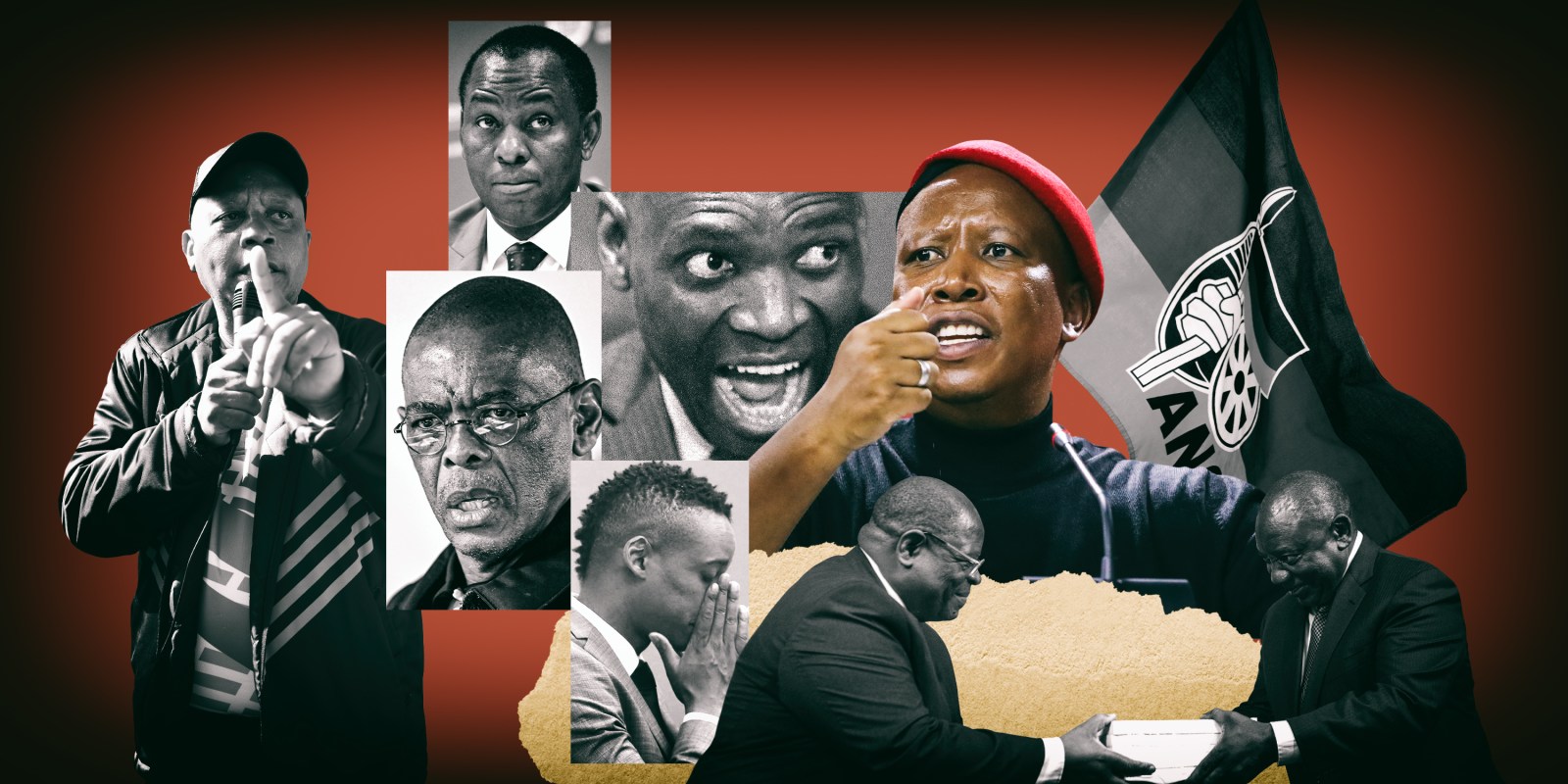 While many have welcomed the handover of the final report from the State Capture Commission, the EFF said President Cyril Ramaphosa had ‘no moral authority’ to accept it.

With the State Capture Commission wrapping up its work and handing over the final report, ActionSA has said through a statement that they will be initiating a watching brief “to oversee that all those implicated in state capture are brought to justice”.

“We have no confidence in the NPA [National Prosecuting Authority] to perform their mandate and therefore, will act vigilantly to ensure justice is served. If necessary, we will even fight for this in the courts ourselves,” reads ActionSA’s statement.

In a statement, the ANC — which has convened a special meeting of the National Executive Committee on Thursday evening — said that implicated party members should appear before the party’s Integrity Commission.

“While nothing prevents an ANC member from exercising their legal rights with respect to the commission’s report, any review applications or other legal action should not prevent the ANC from continuing with its agreed internal process,” reads the ANC’s statement.

The final report, which was handed over after a long delay last night (22 June), deals with Prasa, the Gupta family’s landing at the Waterkloof military base, the SABC and the State Security Agency.

It will take time

Political party Good stated that South Africans’ patience with this process, the slight delay in the handing over of the final report, and our endurance of the era of capture and then the long and drawn out Commission’s hearings “can only be rewarded if the evidence of wrongdoing that has been heard and reported on is now actioned”.

The Democratic Alliance said that the commission laid bare “the ANC’s transition from liberation movement to champagne socialists, where billionaire cronies and the political elite care less for the plight of the South African people and more for their own, greedy interests”.

A ‘blueprint for intense legislative reform’

“If the years of work and millions of rands poured into the Zondo Commission are to have any use to our country, the final report, and its recommendations must become the blueprint for intense legislative reform for South Africa moving forward,” said the DA.

In terms of legislative reform, the report recommended that the Constitution should be amended to allow South Africans to elect the president.

Reporting on this, Daily Maverick’s Rebecca Davis wrote: “But the Chief Justice acknowledges a major caveat. This type of change ‘will not necessarily give the people of this country any guarantee that somebody similar to Mr Jacob Zuma or even worse than Mr Jacob Zuma’ could not be elected president.”

The Inkatha Freedom Party was among numerous parties and civics which thanked Chief Justice Raymond Zondo, who chaired the commission, for his work. “He had to discharge his duties in the face of frequent criticism, and managed to do so with dignity, and in a manner befitting his station as an Officer of the Court: this, in itself, is to be commended,” said the IFP in a statement.

Ramaphosa has ‘no moral authority’

While many political parties and civil society organisations welcomed the report, the Economic Freedom Fighters (EFF) said the delays and meetings between Zondo and president Cyril Ramaphosa about the report left the “whole nation to conclude that Ramaphosa needed to ensure that the report may cast aspersions on Fraser, in order to taint the valid allegations against him of money laundering”.

The EFF statement then said that Ramaphosa had “no moral authority” to accept the report while a dark cloud hangs over his head.

The Organisation for Undoing Tax Abuse (Outa) said that although they’d love to see those implicated in orange overalls, that will take time.

“The Commission’s task was to hold the inquiry and collect information. To simplify, we could compare this to a robbery.

“Before the Commission started, we knew there was a robbery. Now, with the Commission’s report, we know where the robbery took place and how it was carried out. The suspects are confirmed. We also know who the witnesses are. All this intelligence and information gathered by the Commission is now handed to the police, who should compile a docket, obtain the evidence, take the witness statements and identify the suspects, then hand the docket to a prosecutor who must decide if there is enough evidence to prosecute and if all formal and prescribed procedures were used to obtain the evidence and compile the docket.

“If there is a prima facie case and the prosecutor is satisfied, the suspects can be charged and the case started. Without the Commission’s work, the investigations would have had to have started from scratch with the robbery allegation. The Commission has saved the law enforcement agencies years of work, but they must now take it further,” reads Outa’s statement.

Corruption Watch described the handover as a “critical step towards some sort of national reckoning”.

“There is no doubt that this commission of inquiry has been one of the most significant we have seen in this country, if not anywhere in the world,” said Karam Singh, executive director of Corruption Watch in a statement.

However, the organisation cautioned that it needed to be followed “by concrete processes that set in motion appropriate investigations by law enforcement agencies into the actions of the vast array of people and institutions allegedly involved in the complex network of graft and patronage, as heard in evidence that assailed the country over the last four and a half years.” DM