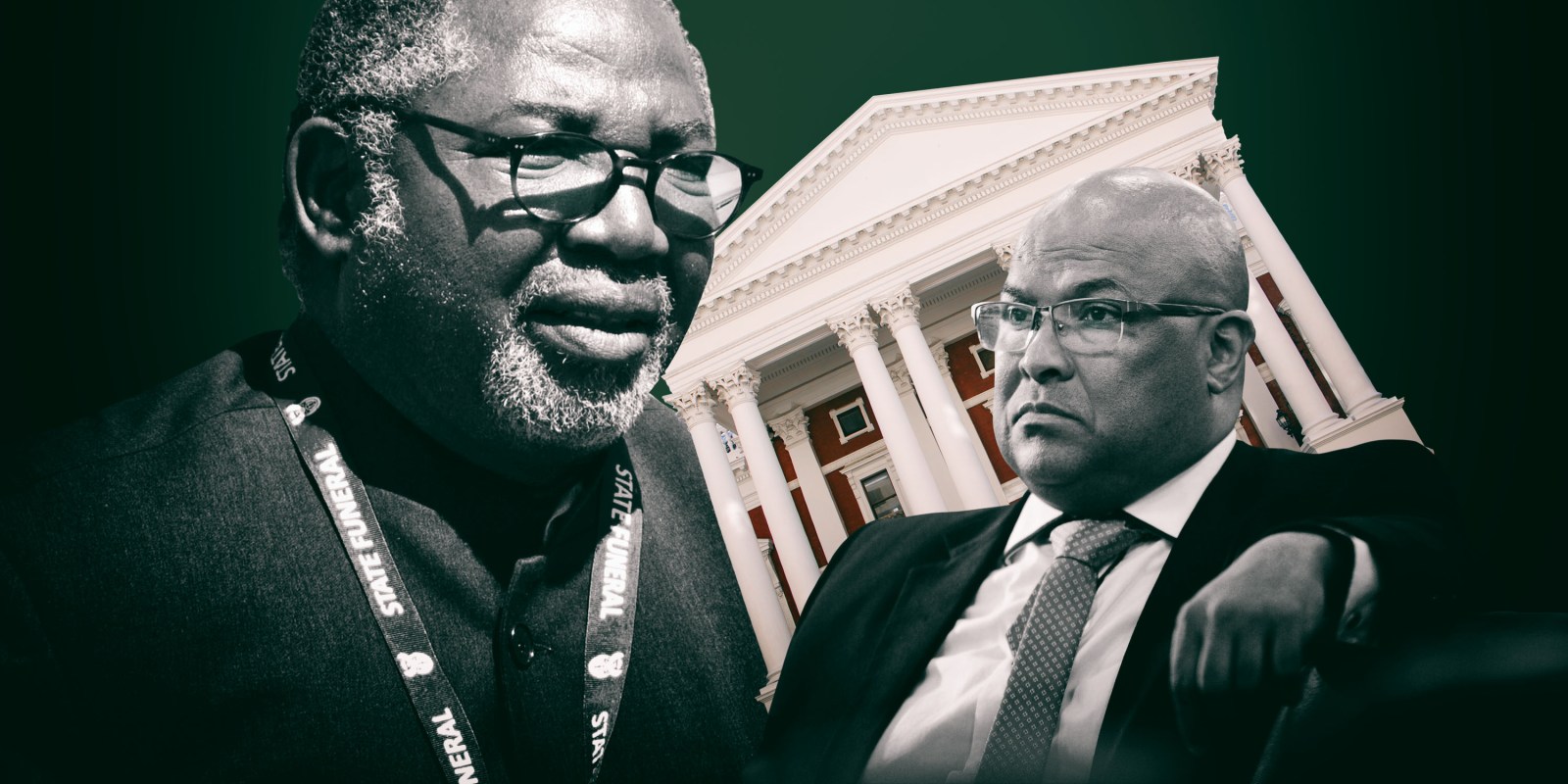 The only parliamentary committee established in law to signal the seriousness of spooks’ accountability, the Joint Standing Committee on Intelligence, was ‘inefficient’ and ‘dysfunctional’, according to the Zondo Commission’s final report.

‘The JSCI (Joint Standing Committee on Intelligence) is meant to serve as Parliament’s ‘watchdog’, but it failed to ‘bark’ when it should have done so,” according to the report, which added later:

“The JSCI appears prima facie to have failed to ensure that adequate and timeous steps were taken to address apparently criminal conduct within the intelligence services which has been drawn to its attention.”

It’s a scathing assessment of the track record of the JSCI which, right now in June 2022, for the second time in seven years failed to recommend the next inspector-general of intelligence – the ANC candidate, Reverend Frank Chikane, failed to get the necessary multiparty support on 15 June – and again missed the statutory end-of-May deadline to publish its annual report.

That report is a rare glimpse into the goings-on in state security, police and defence intelligence. The State Capture Commission highlighted the JSCI’s failure to release the 2019 report – which was blamed on elections – but also heard that, previously, several reports were published late, sometimes years late.

That report was described as “not satisfactory”, given its late release, according to the State Capture Commission, and “how little progress seems to have been made in resolving deep-rooted, serious and long-standing abuses”.

To date, Parliament has not acted to remedy this situation, or even to censure the committee for repeat failures to meet statutory reporting deadlines.

The JSCI may also choose to publish a report on any matter it chooses. In November 2013, as the Nkandla saga over the upgrades at then president Jacob Zuma’s rural homestead erupted, the JSCI issued its report in defence of such measures due to the area being “susceptible to strong earthquakes”, which was qualified to one every 50 years, and flooding.

That special report signals the political pressure and influence exerted on the JSCI – as also in other parliamentary committees, as the State Capture Commission reports note elsewhere.

In its recommendations the commission’s final report, released late on Wednesday evening, wants Parliament to consider amending the JSCI statute, the 1994 Intelligence Services Oversight Act, to ensure that even before an election “the outgoing JSCI is required to report to Parliament on as much as possible of the period preceding the election”.

Crucially, the commission’s report is critical of the quality of JSCI reports, highlighting that by law the committee must include in its reports all that which, if excluded, would be more harmful to national security than if included.

“The national interest would lie in disclosing to Parliament whether criminal conduct was reported to the JSCI and, if so, what steps it took in this regard,” the report explains.

Section 199(8) of the Constitution requires parliamentary committee oversight “to give effect to the principles of transparency and accountability”. This applies not only to police and defence, but also to all intelligence services, from military and crime intelligence to state security.

The State Capture Commission says it was “not impressed by the stance” of former JSCI chairperson Charles Nqakula, who led the committee from September 2016 until June 2018 when he became President Cyril Ramaphosa’s security adviser.

While Nqakula, in his affidavit, told the commission how former intelligence inspector-general Setlhomamaru Dintwe leaving ministers off his email list “caused a lot of friction between him and the ministers”, he was much less forthcoming to a detailed list of commission questions on JSCI steps on, among other things, intelligence services fraud, high politicisation and failure by the State Security Agency (SSA) and its then boss Arthur Fraser to cooperate with Dintwe, particularly in the parallel intelligence Principal Agent Network.

“The information and details requested in those paragraphs is classified as confidential and thus cannot be divulged,” was Nqakula’s whole reply.

His fellow ANC MP Dumisani Gamede was somewhat more open, while former DA MP Hendrick Schmidt expressed frustration that the ministers and committee chairperson seemed to predetermine the information that reached the committee, which on the ANC side was wrought by factionalism.

The 2018 High Level Review Panel Report on the SSA, publicly released in March 2019 after court action by the Right2Know (R2K) Campaign, had been critical of the JSCI. “The JSCI over the past few years has been largely ineffective and impacted by the factionalism of the ANC. The committee is divided and unable to articulate a coherent collective response on the state of intelligence in the country.”

Read in Daily Maverick: “Arthur Fraser: How did he get in there — report reveals dodgy backdoor vetting for spy boss”

In his affidavit, Nqakula dismissed this, saying it was “simply disingenuous and opportunistic to blame the ANC and the purported factionalism within the JSCI”. The committee had made “meaningful contributions” to the President and Parliament.

But the State Capture Commission report says that, on the basis of evidence before it, the SSA High Level Review Panel assessment of the JSCI holds true.

And with this, the State Capture Commission puts in writing what has been whispered in corridors for years. Action would now have to follow.

“Impotent deference or abdication is the antithesis of holding accountable,” says the commission’s report, noting the difficult balance of protecting national security and accountability.

“But the JSCI cannot properly adopt a supine attitude and defer to whatever may be decided as regards the security services by the accounting officer or minister.

“If, in its opinion, an accounting officer or minister is acting unconstitutionally, or unlawfully, or is not taking effective steps to address such conduct, (the JSCI) is not only entitled to alert Parliament of this, it is under a duty to do so…” DM