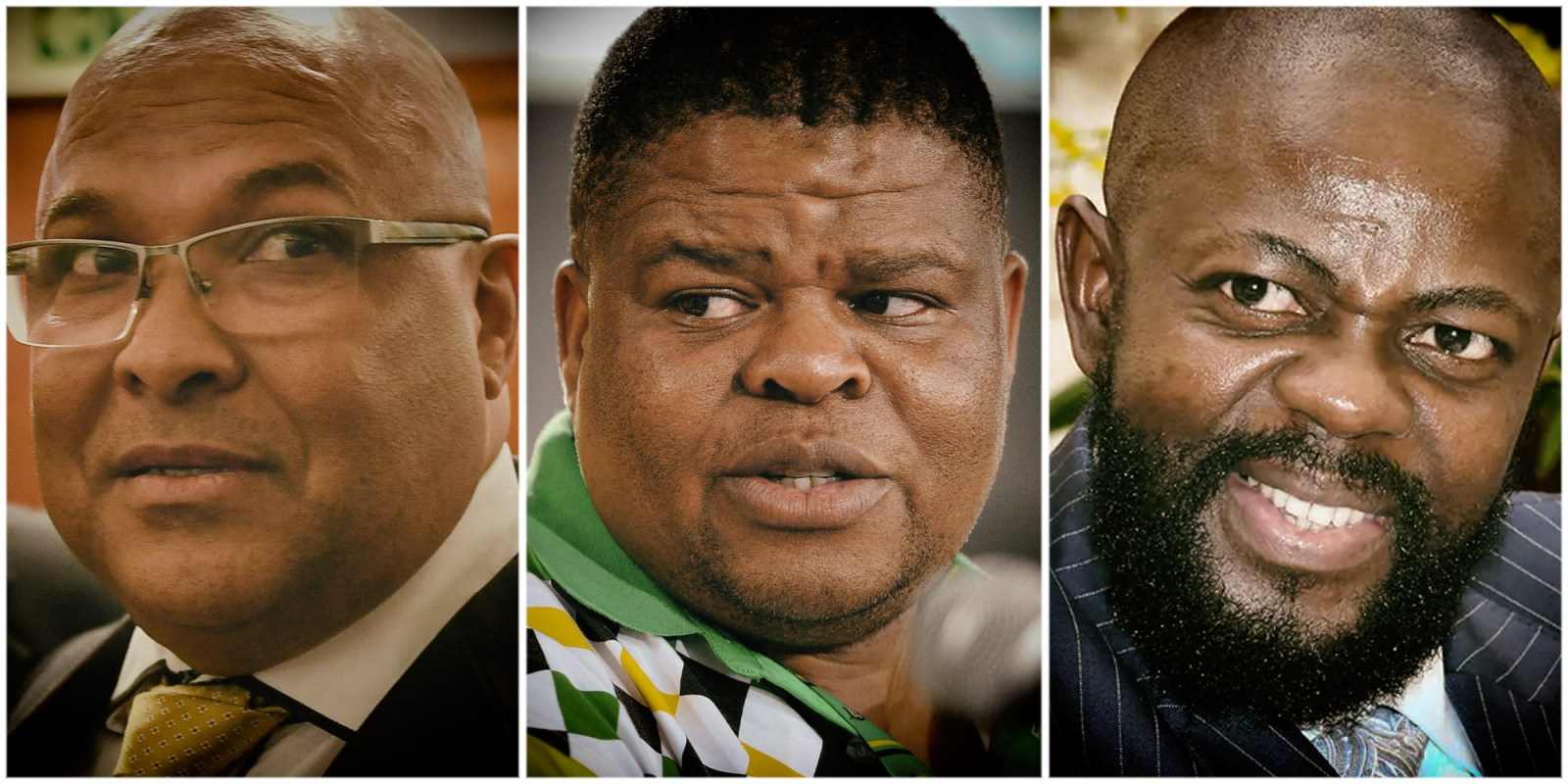 ‘The evidence suggests that this Commission may not in fact have been necessary if the [State Security Agency] detected, fully investigated and countered State Capture as a threat to our constitutional order when the symptoms first appeared,’ said Chief Justice Raymond Zondo in the commission’s final report.

Pivotal moments in the capture of the South African state by former president Jacob Zuma included issuing an unconstitutional proclamation collapsing the country’s intelligence services as well as halting an investigation by his spy chiefs into the Gupta family.

These are two of the findings the State Capture Commission made about the State Security Agency (SSA), a pivotal cog in the Zumafication of the state, in the commission’s final report, which was handed to President Cyril Ramaphosa on Wednesday.

It was in 2011 that Zuma and his then minister of state security, Siyabonga Cwele, attempted to charm the then director-general of the SSA, Jeff Maqetuka, and the heads of the domestic and foreign services, Mo Shaik and Gibson Njenje, into dropping their investigation into the Guptas.

“The evidence suggests that this Commission may not in fact have been necessary if the SSA detected, fully investigated and countered State Capture as a threat to our constitutional order when the symptoms first appeared,” said Chief Justice Raymond Zondo.

The commission has recommended that law enforcement agencies resume the investigation that was blocked by Zuma with a view to the National Prosecuting Authority (NPA) “possibly considering if there is enough evidence, possible criminal charges against all those implicated including Mr Fraser”.

The allegations were serious and pointed to “massive abuse”.

The commission found that Cwele “involved himself in operations by the SSA” in calling a halt to the Gupta investigation. Zondo found also that Jacob Zuma did not want the Guptas to be investigated.

“President Zuma defended his friendship with the Guptas and their close association with him,” Zondo said.

And while Zuma might not have given express instructions, “He said enough at the meeting with the trio to make it clear to them that his view was that there was no justification for the investigation and in his view, it should not be pursued.”

Other findings are that the weight of evidence of former state security minister David Mahlobo’s involvement in moving “huge” amounts of cash, some of it for Zuma, “is overwhelming” and that the outlay of cash was “fast and loose, as was the frequent blurring of lines between projects”.

“The impropriety of a minister doing this admitted no debate,” said Zondo.

Mahlobo, on the evidence before the commission, said Zondo, not only involved himself in operations but also directed them.

“The Commission finds therefore that Mr Mahlobo did indeed involve himself in operational matters at the SSA, and further that large amounts of cash were delivered to him on several occasions.”

Since Mahlobo had denied receiving the cash, “as testified to by a number of witnesses”, then, “if it were to be established in a court that large amounts of cash were given to Mr Mahlobo, it would mean that he stole the money”.

Preliminary analysis of evidence given about the SSA, said Zondo, indicated “gross non-compliance with operational and financial directives, especially in the establishment of covert projects and the creation of special-purpose vehicles to siphon funds”.

Disciplinary action should be taken, said Zondo, in respect of financial mismanagement, and money looted from the Secret Services Account should be recovered.

While the Joint Standing Committee on Intelligence “may not have performed its oversight function effectively over the SSA and Crime Intelligence”, the findings by the High-Level Review Panel into the SSA that the money must be repaid were “steps in the right direction”.

Zuma’s proclamation marking the end of the intelligence services as envisaged in the Constitution was issued on 11 September 2009.

After these changes, members of the SSA had to swear allegiance to Zuma personally as well as recognise the authority of the then minister of state security, Cwele.

Before this, employees had taken an oath of allegiance to the Constitution and the SSA.

Under Zuma there was a doctrinal shift from national security to state security, resulting in the SSA’s involvement in the political activities of the African National Congress.

This had resulted in a conflict between the head of state and his personal interests on the one hand, and his interests in his official capacity as head of state.

“One example of such conflict was when the SSA became involved in the detention of Mrs MaNtuli Zuma, President Zuma’s wife, without due process after it was alleged that she was involved in trying to poison him,” said Zondo.

The project involved about 40 individuals drawn from different directorates in the SSA.

The Presidential Security Support Services became one of the biggest consumers of SSA resources, the report found.

This was because members of the Chief Directorate of Special Operations (CDSO) and the irregularly recruited and trained “co-workers” travelled extensively. No evidence has ever been provided of any value for these expenses.

Recruits, often with no qualifications, earned R40,000 a month and were issued fake security clearance certificates by Zuma’s personal spy, Thulani Dlomo, the head of the CDSO.

“The politicisation of the CDSO could be traced back to the restructuring of the SSA’s counter-intelligence capacity which shifted focus and resources to the personal and political security of former president Zuma,” said Zondo.

These were run under Dlomo and “were the results of the politicised intelligence priorities”.

With regard to Arthur Fraser’s illegal Principal Agent Network (PAN), Zondo said: “Again, apart from suspending the PAN programme in 2011, it appeared that no formal action or consequence management was taken by the executive or the agency management. The agency’s internal investigation team members were subjected to various forms of intimidation.”

A report by an internal SSA team that revealed possible criminal conduct by Fraser had been handed to the Directorate for Priority Crime Investigation, but the prosecution had been halted by Cwele, “apparently on the instructions of President Zuma”.

Zondo found that Cwele did indeed say that Zuma had issued the instructions.

Despite the PAN investigation and the handing over of this to the Hawks, “little progress has been made and no charges have yet been brought against those implicated that the Commission is aware of”.

Zondo found that with regard to the SSA’s use of firearms, testimony had been given that Dlomo had frequently removed guns and ammunition from Musanda, the SSA’s headquarters.

Dlomo had also instituted an “unlawful and parallel vetting system”, recruiting an individual from “outside the SSA to the vetting of the persons recruited from outside the SSA”.

This, he said, created “a potential danger to national security”.

Mahlobo too had been involved in the recruitment of people to the SSA.

Convincing evidence had also been placed before the commission of  questionable intelligence reports, including one by former Crime Intelligence head Richard Mdluli who had alleged that there was a plot to oust Zuma.

An intelligence report used to recall the then finance minister Pravin Gordhan and his deputy, Mcebisi Jonas, could not be located, the commission was told by the outgoing Inspector-General of Intelligence, Setlhomamaru Dintwe.

The only person who had a copy was Zuma, who said he would discuss it when the time was ripe.

With regard to Mahlobo’s denials, Zondo said evidence regarding his involvement was “quite detailed, given project by project” and “overwhelming”.

“It is unimaginable that all these people could be lying, add to that the fact that he admits to some of the allegations, such as, but not limited to, the formation of a trade union to rival Amcu.”

Dlomo’s involvement in the issuing of weapons constituted prima facie criminal conduct in relation to the Firearms Control Act and was referred by Zondo “for further and thorough investigation, particularly as some of the firearms and ammunition have not been returned”.

Zondo recommended that law enforcement agencies “conduct such further investigations to establish whether any of the persons implicated … in this report did not commit one or other crime”.

In particular, Zondo recommended that “law enforcement agencies should conduct further investigations with a view to the NPA possibly bringing criminal charges against such people including Arthur Fraser in relation to the PAN programme and any other matter released by the evidence before the commission and Mr David Mahlobo and Thulani Dlomo in regard to SSA cash received”. DM