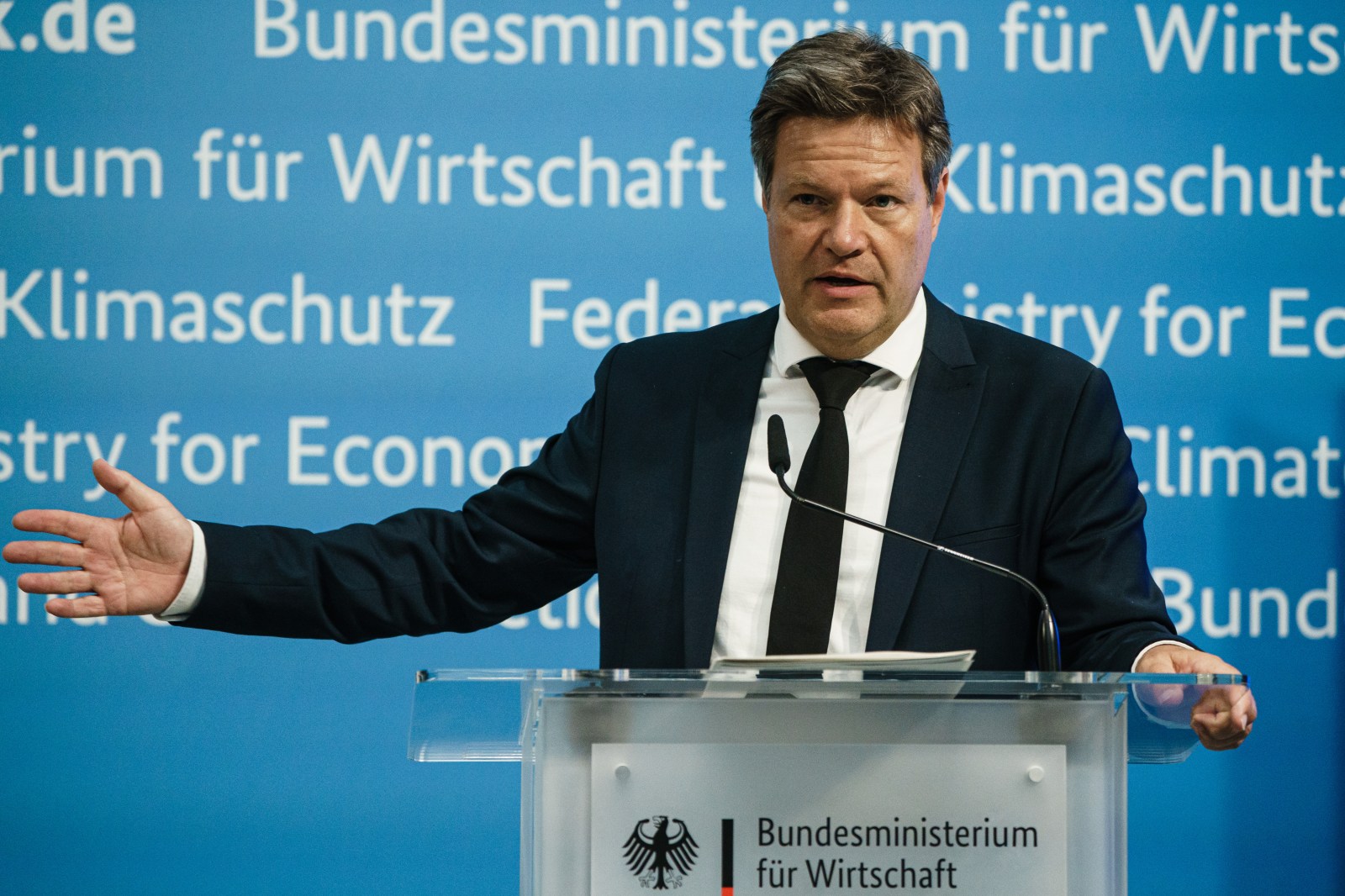 BERLIN, June 23 (Reuters) - Germany triggered the "alarm stage" of its emergency gas plan on Thursday in response to falling Russian supplies but stopped short of allowing utilities to pass on soaring energy costs to customers in Europe's largest economy.

The measure is the latest escalation in a standoff between Europe and Moscow since the Russian invasion of Ukraine that has exposed the bloc’s dependence on Russian gas supplies and sparked a frantic search for alternative energy sources.

The decision is largely symbolic as a way of signalling to companies and households that painful cuts are on the way. But it marks a major shift for Germany, which cultivated strong energy ties with Moscow stretching back to the Cold War.

“We must not fool ourselves: The cut in gas supplies is an economic attack on us by (Russian President Vladimir) Putin,” Economy Minister Robert Habeck said in a statement, adding Germans would have to reduce consumption.

Gas rationing would hopefully be avoided but cannot be ruled out, Habeck said and warned:

“From now on, gas is a scarce commodity in Germany … We are therefore now obliged to reduce gas consumption, now already in summer.”

Russia has denied the gas supply reductions were premeditated, with state supplier Gazprom GAZP.MM blaming a delay in return of serviced equipment caused by Western sanctions. Kremlin on Thursday said Russia remained a reliable energy supplier and “strictly fulfils all its obligations” to Europe.

Under its Phase 2 plan, Berlin will provide a credit line of 15 billion euros ($15.76 billion) to fill gas storage facilities and launch a gas auction model this summer to encourage industrial users to save gas.

The government activates the second “alarm stage” of a three-stage emergency plan when it sees a high risk of long-term supply shortages. It includes a clause allowing utilities to immediately pass on high prices to industry and households and thereby help curb demand.

Habeck said Germany was not at that point, but the clause might get triggered if prices kept rising because of the supply squeeze, deepening power companies’ losses.

“Every day, every week you make a minus. And if this minus becomes so big that the companies can’t bear it any more and they fall down, the whole market threatens to fall down at some point – so a Lehman Brothers effect in the energy system.”

A move to the next phase has been the subject of speculation since Gazprom cut flows via the Nord Stream 1 pipeline across the Baltic Sea to just 40% of capacity last week.

Facing dwindling deliveries from main supplier Russia, Germany has since late March been at Phase 1 of its emergency plan, which includes stricter monitoring of daily flows and a focus on filling gas storage facilities.

“The declaration of the alarm stage does not immediately change the fundamental status quo,” German energy provider E.ON EONGn.DE said. It was important, though, that the government was preparing for a significant drop in imports and taking steps to stabilize markets and gas supply, it said an emailed statement to Reuters.

In the second stage, the market is still able to function without the need for state intervention that would kick in the final emergency stage.

“The recent reduction in flows to Germany via the Nord Stream1 pipeline will, if it remains at these levels, lead to gas shortages this coming winter,” said Ole Hansen, head of commodity strategy at Saxo Bank.

Dutch wholesale gas prices, the European benchmark, rose as much as 8% on Thursday. 0#TRNLTTFc

Russia may cut off gas to Europe entirely to bolster its political leverage, the head of the International Energy Agency (IEA) said on Wednesday, adding Europe needed to prepare now.

Russian gas flows to Europe via Nord Stream 1 and through Ukraine were stable on Thursday, while reverse flows on the Yamal pipeline edged up, operator data showed.

Several European countries have outlined measures to withstand a supply squeeze and avert winter energy shortages and an inflation spike that could test the continent’s resolve to maintain sanctions on Russia.

The supply cuts have also driven German companies to contemplate painful production cuts and resorting to polluting forms of energy previously considered unthinkable as they adjust to the prospect of running out of Russian gas.

The bloc’s climate policy chief Frans Timmermans said on Thursday that 10 of the EU’s 27 member countries have issued an “early warning” on gas supply – the first and least severe of three crisis levels identified in EU energy security regulations.

“The risk of full gas disruption is now more real than ever before,” he said.