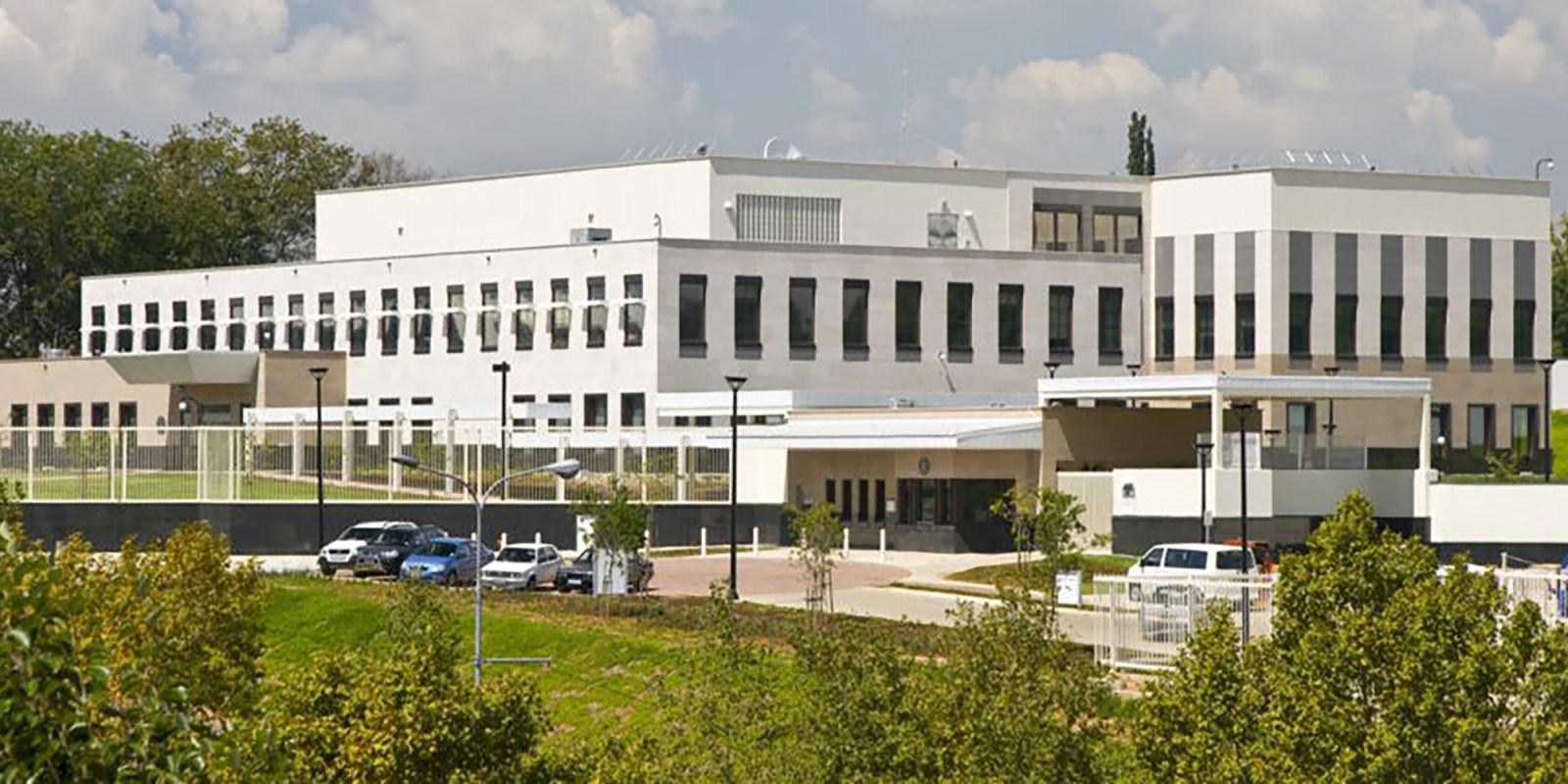 The US Consulate-General in Johannesburg, South Africa. (Photo: woodspeacock.com)

South Africans trying to get to the United States are travelling to Namibia, Botswana and even further afield to apply for visas because of the massive backlogs in visa processing at the US embassy offices in South Africa.

Would-be travellers to America are being given appointments as late as February and March next year to apply for visas at US consulates. For most of them, these dates are beyond their intended departure times. Many have already bought tickets for those dates.

The US embassy says Covid is to blame because its three consulates in Johannesburg, Cape Town and Durban are understaffed as a result of the pandemic.

The tourist industry says the visa backlog stretches across the globe and includes Europe. But it is particularly bad for US visas, says Otto de Vries, CEO of the Association of Southern African Travel Agents (Asata).

The industry is losing millions because the surging post-Covid demand for travel is being constrained by the slow pace of visa approvals, he adds.

De Vries says, for example, he has been trying since February to help one of the Asata members who has two groups, totalling about 300 people, booked to fly to the US in August and September on business incentive trips.

“He has been pulling his hair out trying to find ways, working with myself, on trying to fast-track … the visas.”

In February, this agent had been struggling to get appointments for August – though some of his clients were supposed to be travelling by then.

“So you can imagine there is a lot of pent-up frustration from those customers, because they were saying, ‘we need your help’, ‘how are we going to secure our visas?’”

Ken (not his real name), from Johannesburg, applied earlier this year for a US visa, hoping to travel at the end of April. Because of all the complications of applying for a visa, he had commissioned an agent. The agent told him then that the soonest he could get a visa appointment was October or November in Cape Town.

“I was completely shocked. I said this is rubbish and thought the problem was with the agent.” So he switched agents and also thought about travelling to Europe instead.

When he finally decided to go to the US after all, and approached a new agent about six weeks ago, he was told that the earliest appointment was February next year – unless he travelled elsewhere such as Maputo, Windhoek and even eastern Europe, where it was possible to get an appointment sooner.

He eventually opted for Namibia and said he would be travelling there in mid-September, hoping to get his visa fairly soon after his appointment and then fly to the US. In the meantime, he and his family had planned a holiday in Namibia around his visa trip.

Two Johannesburg brothers, Ciaran and Aidan Heywood, recently bought tickets to fly to the US on 13 July to visit their grandmother, who has been ill and whom they had not seen for three years.

Earlier this month, they applied online for visas for which they paid about R2,500 each. Shortly after, they received automated emails telling them they had been given appointments on 23 February 2023 and to visit the US consulate general in Sandton for their interviews to secure their visas.

“This was obviously impossible,” said their father, Mark Heywood, editor of Maverick Citizen.

“We have heard that it is easier to get visas in Botswana. We’ve also heard Namibia. Although once you’ve made an application in South Africa, I’m not sure what the situation would be to then go and make another application in Botswana. But we’re looking into that.”

From other accounts it seems, though, that the US consulates are advising would-be travellers from South Africa to try to get appointments in neighbouring countries.

A Cape Town man who applied in late March for a visa to travel to the US for a holiday with his family, thought he had left more than enough time as they were only booked to fly at the beginning of October. But he was told he could only get an appointment in mid-October – after their departure date.

Despite persistent entreaties,the US consulate-general would not advance his appointment date. So he explored other US consulates in the region, such as Eswatini and Mozambique. The earliest appointment he could find was in mid-July in Windhoek.

He will travel there then, go for his appointment and wait there while his visa is processed, as he won’t be able to return to South Africa because the US consulate will have his passport.

The US embassy has explained that the unprecedented delays are the result of Covid. After the US lifted its pandemic travel ban in November on visitors from many countries – including South Africa – travel to the US was increasing and would continue to grow, embassy spokesperson Feldmann told Daily Maverick.

Covid had also caused “profound reductions in the State Department’s visa processing capacity, and many of our embassies and consulates were only able to offer emergency services.

“Our embassies and consulates are still facing Covid-related restrictions, and many continue to face staffing challenges that began during the pandemic,” he said.

“As global travel rebounds, Consular Affairs is committed to safely and efficiently re-introducing appointments for the full range of non-immigrant visas, including for tourism and business travel. We will do so in a manner consistent with science and public health.

“We are aware that … applicants may face extended visa interview wait times. We are committed to lowering those wait times as quickly and safely as possible… Regular updates on estimated non-immigrant visa wait times are available on travel.state.gov.”

De Vries said he was sure the delays were mainly caused by staffing problems, though exacerbated by the surge in demand.

“None of us anticipated that the recovery would be this rapid… Having said that though, in any normal business, you scale up and scale down as per requirements in order to deliver a service. If we can do it, why can’t they?”

He called on South Africa’s Department of International Cooperation to intercede “at the highest level” with the US and other countries to try to get the problem resolved.

He said he had called the Dutch ambassador to South Africa about six weeks ago to ask for help. At that time, the Dutch embassy was only able to issue visas in August or September.

The ambassador had acknowledged the problem and promised to address it. DM