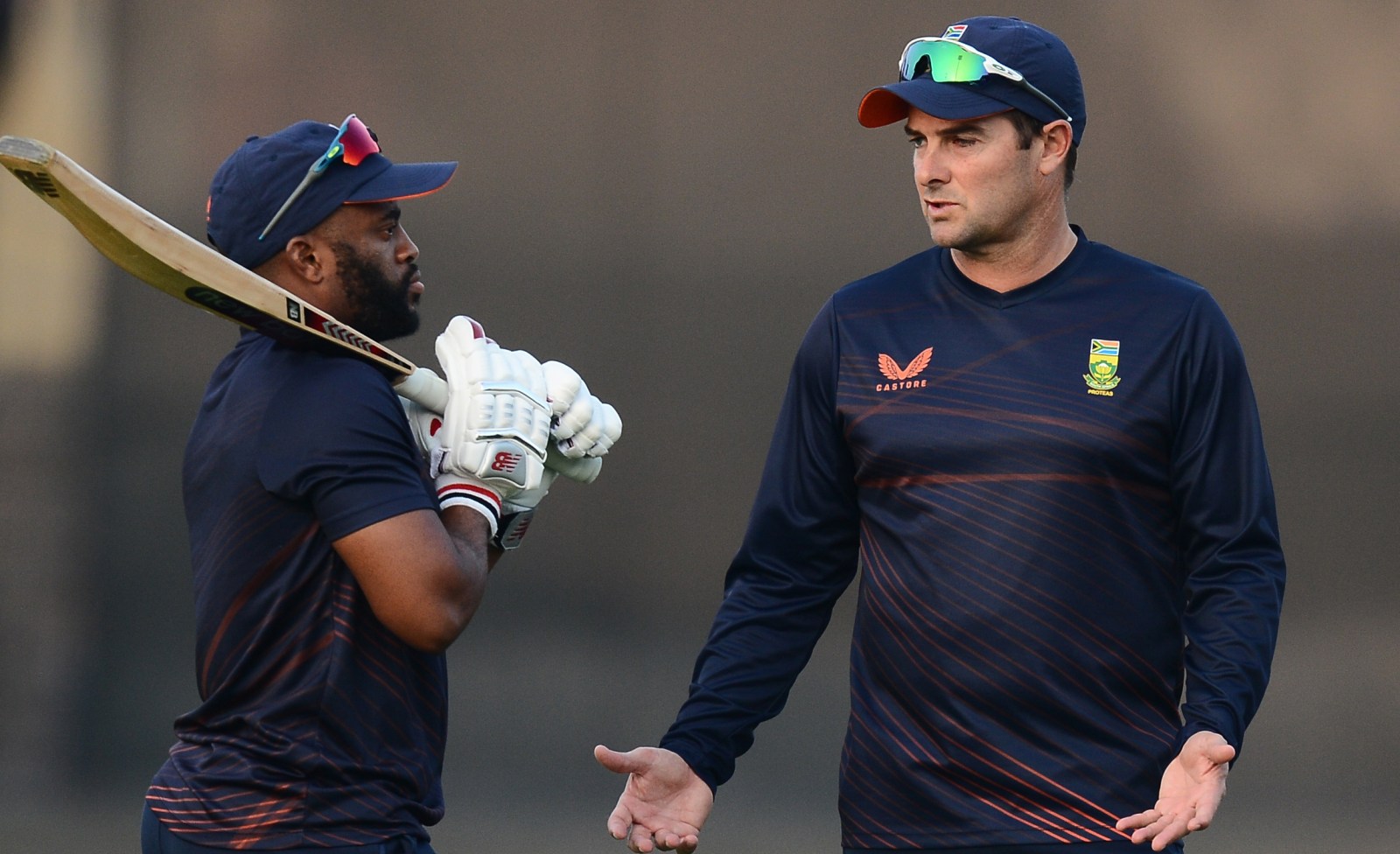 Proteas skipper Temba Bavuma battled against one bowler on the recent India tour, but coach Mark Boucher is not panicking.

There is a tendency at elite sport level to chuck a straggler on the scrapheap and pick the shiny new thing. In South African rugby that trait was common, but coaches such as Jake White and Rassie Erasmus changed the trend by being true to their plan even when it came with challenges.

In cricket, there is less place for individuals to hide because it’s such a numbers game and the numbers don’t lie. Or do they?

Bavuma only averaged 20.33, but more concerning in the T20I format, his strike rate was a “mere” 103.38. In the version of the game that has 120 balls per innings, every dot ball is to the bowling team what a boundary is to the batting team. It was a positively pedestrian tour for the skipper.

But coach Mark Boucher is not panicking, because it’s his job to be analytical and unemotional about selection and form. And through this prism he sees a different picture than do critics and fans.

“Temba struggled during the tour, there’s no doubt,” Boucher said this week. “As coaches, we sit down and think, ‘Why did he struggle?’ He really struggled against one bowler and that was [seamer] Bhuvneshwar Kumar.

“Most of the guys struggled against him. Let’s give him credit where it’s due. Kumar is a fantastic bowler in those conditions. There were times when the ball was swinging a lot, which made him very dangerous. Also, the bounce was up and down a lot, especially with the new ball.”

Devil in the detail

Boucher’s close analysis proves this. Bavuma faced 25 balls from Kumar in the series and scored 13 of his total of 61 runs. That was a strike rate of a smidgen above 50 against India’s main strike bowler in the series. It also means Bavuma did reasonably well, in T20I terms, against the rest. In fact, he struck at 141 for his remaining 48 runs against other bowlers.

Framed like that, it’s clear Bavuma didn’t really have a batting problem, he had a Bhuvneshwar problem.

“We look at it as coaches and say how do we have a look at that particular bowler and how do we give [Bavuma] more options?” Boucher asked rhetorically.

“With other bowlers, his strike rates are fine. There is no major concern from my side. He will know that he wants to score better and quicker. If you look at the teams around the world, there’s maybe one or two players in your top sides where there’s space for… I wouldn’t say a nudger, nurdler; there’s no space for a nudger, nurdler in today’s cricket … but certainly for a stabiliser in the innings.

“We see him in that mould. Temba’s stats outside the powerplay are very good. It’s just one little period of play and against one particular bowler that we need to work on. We’ve got a plan with regards to that.

“Temba loves being challenged. He wants to work on his game; he wants to improve. I’ve got no doubt that given a bit of time, when we get him to a bowling machine and work on a couple of things, he will come through.

“He is a tough character and someone we need in our team. As coaches, we are going to be working extremely hard to get him right against that particular bowling style.”

That is not to say Boucher is ignoring the stats, because they are important in measuring trends and focus areas. As the old saying goes, if you can’t measure it, you can’t manage it.

But there has to be a balance, especially in T20I cricket where one six can dramatically change a match or a batter’s strike rate and hide a number of ills.

The coach will draw a line in the sand and ask players to meet that marker — whether bowlers or batters — but stats without context are useless.

“There should be a number [for measuring a batter’s success],” Boucher said. “As a player, you want to set yourself a goal. People sometimes look at it in its entirety and say you need to strike more, but how do you get to striking that?

“The margins are not as big as people think. It’s maybe just another scoring option. There are certain conditions where you’ve just got to be smart and play it how you see it — whether you’re chasing a high total or a low total, all those things can come into play. It’s about giving players the different options that they need.

“We did it last year with regards to scoring all around the wicket. You would have seen reverse sweeps come in; guys who have never lapped before, they’ve got the lap option and the reverse lap.

“If you give batters one or two more options, it’s challenging players and also pushing them to become the best in the world. It’s very necessary.

“It’s also about mindset. Some guys are not used to going out there and taking a risk in the first six balls. You might think it’s near impossible for a guy to get to a strike rate of 140 if he is at 120, but it could be about merely adding another shot to his repertoire.”

That adjustment of one more shot is not so much technical as mental. Boucher is trying to instil a mindset where players will be more aggressive without being reckless. It’s a fine line, which is why there has to be complete trust.

Boucher is asking more of players and therefore he has to back them even when they fail if he can see an attempt to change their approach. The players must know it’s okay to fail in the short term, for longer-term gain. The coach said it’s an 80/20 split between the mental and technical approach to making changes.

“You need to have the know-how to play a shot and an option,” Boucher said. “Your mindset has to be, ‘I’ve got to try and move my strike rate up a bit. I’ve got to be open to that.’

“Once you get the confidence of adding that extra shot to your batting, or ball to your bowling, it’s having the mindset to go out there and really trust it. We want to be smart.

“We don’t want to just go out there and play maverick cricket. We have conversations after every game about how we can get better, not only from a technical point of view but from a mindset position as well.”

Boucher has Bavuma’s back because, like the entire team, he is a work in progress. DM