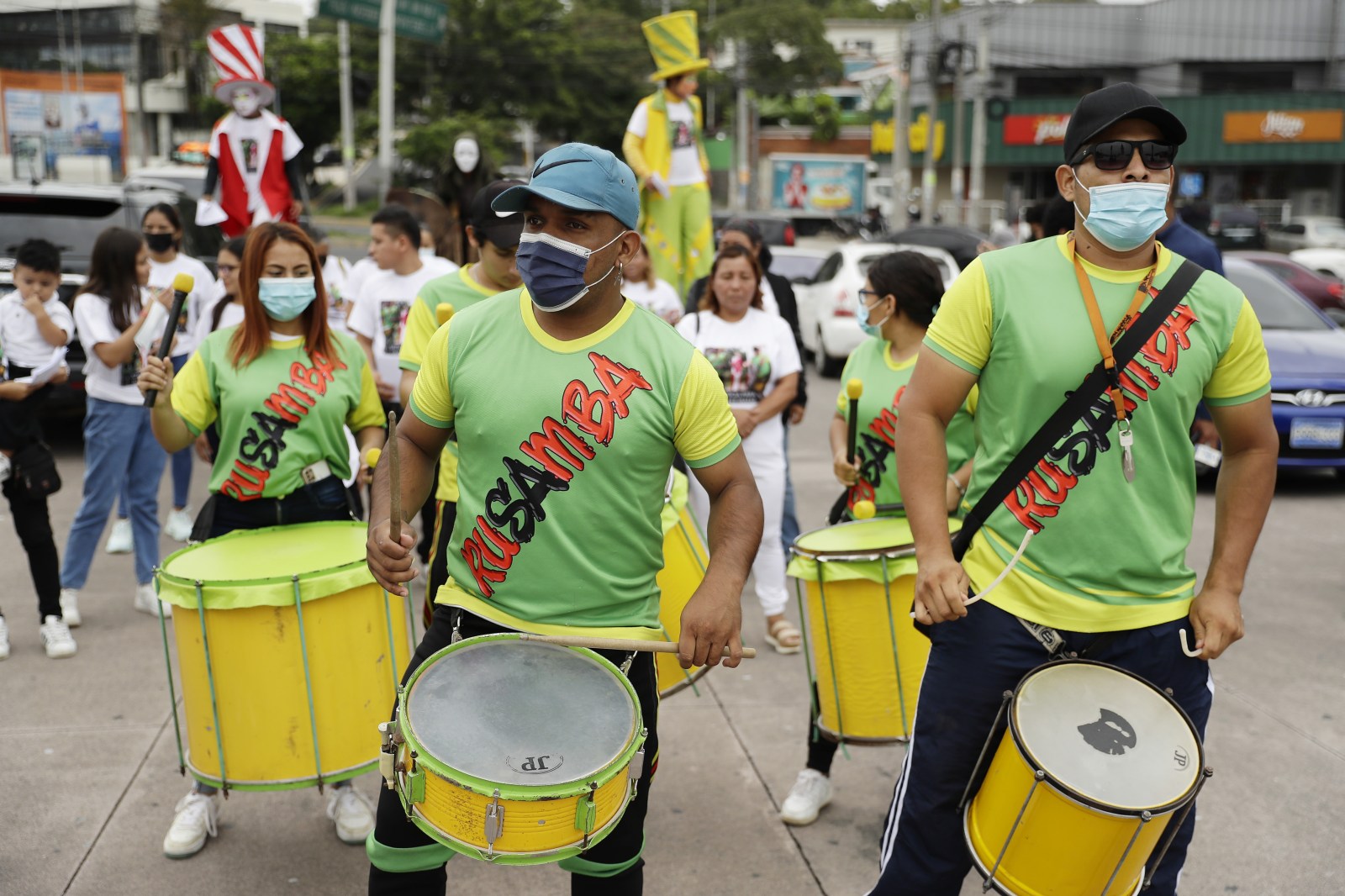 A group of artists demonstrate in favor of the release of two of their members detained during the emergency regime in San Salvador, El Salvador, 16 June 2022. EPA-EFE/RODRIGO SURA

SAN SALVADOR, June 21 (Reuters) - El Salvador extended a controversial state of emergency to combat gangs for the third time on Tuesday, prompting criticism from human rights organizations over the suspension of constitutional protections.

President Nayib Bukele’s government first passed what was meant to be a 30-day measure in late March after the Central American country’s murder rate spiked.

Lawmakers overwhelmingly voted to extend the measure for another month beginning June 25, giving security forces extra powers to fight violent gangs. The extension passed with 67 votes in favor out of a possible 84, with 15 against.

“We are determined to support not just one more (extension) but as many as are necessary at the government’s request because that is what the people are asking for,” Christian Guevara, head of the president’s New Ideas party, said on Monday.

Multiple surveys show that 70% of Salvadorans support the government’s current measures to reduce gang crime. Two previous extensions of the state of emergency were each for one month.

In the three months since it began, security forces have arrested more than 41,300 people, including 1,190 minors, for allegedly belonging to or collaborating with the gangs, official data show.

At least 18 people had died in police custody by late May, according to human rights groups. The government did not respond to a request for comment.

Non-profit organizations Human Rights Watch, Amnesty International and Cristosal, which have been a vocal critic of the measure, argued that current levels of violence in the Central American nation did not warrant another 30-day extension.

“The emergency regime at this point has no constitutional basis … There is no motivation or constitutional reason why the regime should continue to be extended,” Cristosal attorney Abraham Abrego said.

Quotas for arrests have led to mass detentions and the arrest of innocent people, sources have told Reuters.