Cobalt gets cheaper as China’s buyers hit by battery...

Cobalt gets cheaper as China’s buyers hit by battery slump 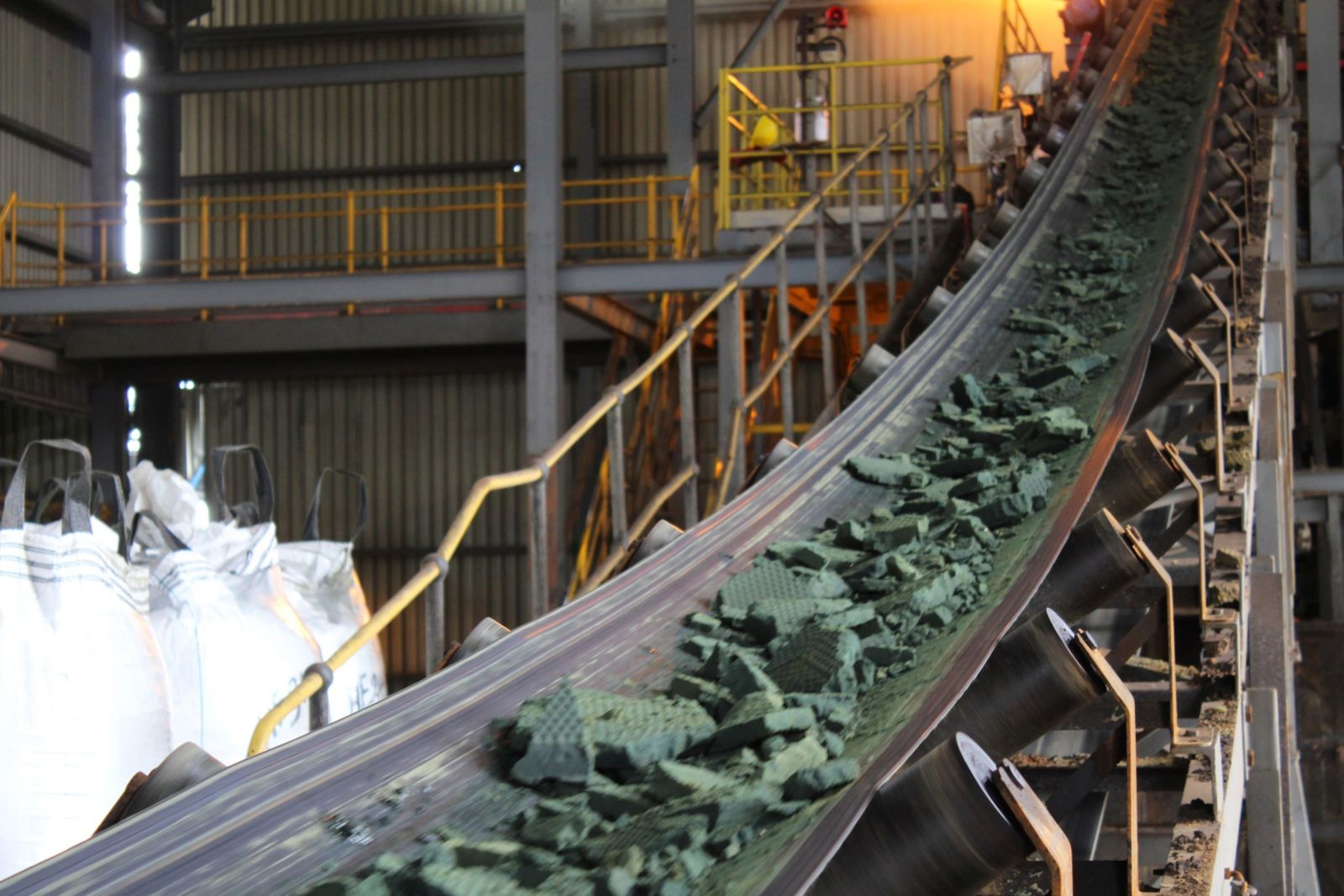 A conveyor belt moves raw cobalt for processing at the Etoile mine, operated by Chemaf Sarl, in Katanga province near Lubumbashi, the Democratic Republic of Congo, on Wednesday, Dec. 22, 2021. Along a 250-mile highway which cuts through central Africa, thousands of flatbed trucks haul sheets of copper and sacks of cobalt hydroxide, essential for electric cars and other 21st century technologies for which drivers must pay steep tolls, as much as $900 for a round trip.

Cobalt prices are crashing back to Earth as sellers offer increasingly steep concessions to Chinese buyers who have turned cold on the battery metal as demand slumps in electric vehicles and smartphones.

The benchmark price for cobalt in Europe has slid more than 13% since a peak in May, and an even sharper decline in Chinese prices signals the sell-off could have further to run. Buyers in the country are racing to renegotiate supply deals in order to stem heavy losses arising from an unusual disconnect between domestic and international prices, according to cobalt traders and buyers.

It’s a rapid reversal from conditions just a few months ago, when booming demand in China’s electric-vehicle sector sent cobalt rocketing along with other battery metals – notably lithium. China’s wave of strict pandemic curbs have since stifled cobalt’s main markets, with President Xi Jinping’s steadfast pursuit of zero-Covid ravaging manufacturing and consumer activity. The country accounts for about 70% of global cobalt demand.

“What we’re seeing is buyers and sellers working together to make revisions to the pricing terms,” Ying Lu, analyst at Wood Mackenzie Ltd., said by phone from London. “There is still pressure on refiners, but it has eased compared to a few weeks ago.”

Lockdown-hit Shanghai registered zero car sales in April, reflecting the kind of ructions throughout the EV supply chain that have left China’s cobalt refiners exposed to losses on expensive imported raw materials. Buyers have walked away from similarly onerous supply deals in the past, and this time miners are granting significant concessions on prices to keep cobalt flowing into the all-important Chinese market, according to traders and buyers who asked not to be identified discussing a private matter.

“Suppliers have probably learnt from past experience that playing hardball can eventually backfire,” Andries Gerbens, a cobalt trader at Darton Commodities Ltd., said by phone. “Everyone is looking for long-term relationships and therefore in circumstances like this it’s better to talk things through and come to a compromise.”

There are already tentative signs of a demand recovery. China’s EV sales rose more than expected in May, and top carmaker BYD showed almost no impact from the lockdowns and supply snarls. But electric vehicles still account for less than a third of global cobalt demand, according to trader Darton Commodities.

“Demand from EV batteries and traditional usage such as in the aeroplane industry is expected to pick up in the next six months alongside subsidies support for EV while travel restrictions ease,” Susan Zou, senior analyst at Rystad Energy, said by phone from Shanghai. “But demand from consumer electronics remains uncertain.”

The global benchmark cobalt price, published by researcher Fastmarkets, dropped Tuesday to a mid-point of $34.4 a pound, its lowest since January. The price peaked in May, when cobalt chemicals destined for batteries were already plummeting in value in China. Cobalt sulphate has shed 37% since March.

Beyond strained negotiations between miners and refiners, dismay over the yawning gap between domestic and international markets could have lasting impacts on the way that cobalt is priced.

Chinese buyers are increasingly wary of a global price that’s based on refined cobalt metal, which represents an increasingly small sliver of global production. The major growing market is battery chemicals, with very different consumers and distinct dynamics.

The recent stand-off is effectively an effort by China’s buyers to re-align the European price with conditions in their battery market. That “correction” will continue in the short term, especially since markets are typically quieter over summer months, Wood Mackenzie’s Ying Lu said. BM