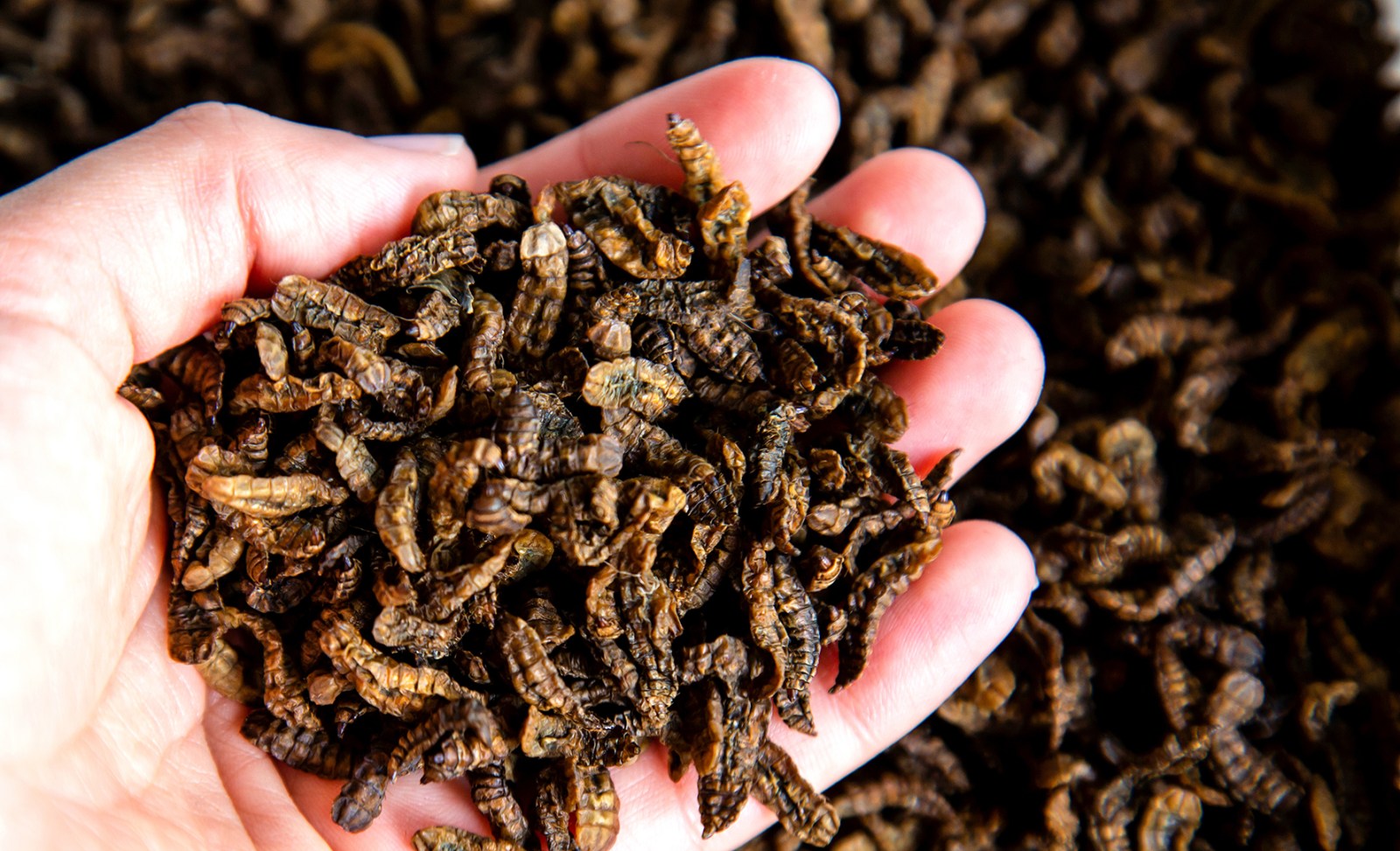 This April, insect protein producer, Inseco, raised the largest ever start-up seed funding in Africa and a new case study highlights some of the massive potential in the tiny black soldier fly.

When we throw ‘away’ unwanted or leftover food or food scraps, most of us don’t really think about where ‘away’ is, but we should. Most of that waste ends up in a landfill, and our landfills are full of food waste. In the City of Cape Town, for example, according to a GreenCape case study released this April, between 14.5% and 20% of landfills are made up of the food that we, restaurants, government offices, and businesses throw in our bins.

This is a problem for many reasons. First — we’re running out of landfill space, so our bad habit of sending everything we don’t want anymore to be hidden away in the ground is not sustainable. Second — in the Western Cape, there is an impending ban on organic waste to landfill that comes into force this year, which means those who make this waste must legally send it somewhere else. Third — food waste in landfills is linked to harmful environmental impacts because, as GreenCape’s study clarifies, “when organic waste enters the anaerobic environment present in landfills, methane, a GHG [Greenhouse Gas], is produced and contributes to climate change.”

Ah, the activist in you might think, but then let’s stop food waste from happening altogether. This is a very noble commitment given that globally, according to the World Wide Fund for Nature, one-third of all food produced is wasted. It is certainly up to each of us to reduce the amount of food we waste in our kitchens and the leftovers on our plates when we eat out. Similarly, we can also start connecting companies to surplus food recovery centres to make sure that what’s not wanted by some is diverted to those who do want or need it. Tackling food loss and waste is thus a vital personal and business intervention in responding to climate change.

Yet, according to GreenCape, “when food waste prevention and surplus food recovery are not possible, landfill diversion for beneficiation needs to be a priority. In addition to being a societal and environmental imperative, it is a strategic business choice to increase competitiveness.”

Enter a tiny fly, with the potential to tackle this problem. The black soldier fly can transform what we think of as waste and turn it into several high-value end products, creating economic opportunity, benefits for cities, and reducing our environmental impact. Cape Town is a hub for black soldier fly companies, and when you think of throwing your food scraps and waste ‘away’, you’d hope that it would turn up at a place like Inseco.

Inseco is a Cape Town-based insect protein company that runs the biggest insect protein plant in the Southern Hemisphere where it harnesses the power of the black soldier fly (BSF) to “convert low-value organic by-products into nutritious and sustainable insect ingredients”. For the layperson, this means that millions of tiny fly larva eat the unwanted food and organic waste that Inseco is supplied with, and they become slightly bigger fly larvae, which can be processed and used in many different ways.

But it’s what goes in, not just what goes out that counts. Inseco is able to process about 40 tonnes of waste per day diverting all of these organic products from landfills where they would produce harmful climatic impacts. Waste management companies and waste transporters deliver waste from manufacturing facilities, food markets and retail stores to Inseco, where it is sieved to remove any metal and plastic, and the insect consumes what is left. Once the insect is done, Inseco works with a huge variety of by-products including meal (defatted larvae dried and milled into a protein meal), oil extracts, grubs, chitin (extracted larvae exoskeleton) and a combination of insect exoskeletons, food residues, and excreta which forms a soil.

The potential impact on agriculture is significant. Volant Wills, Head of Operations at Inseco, explains that the by-product of the protein meal and oil is the insect frass which when used as “manure presents the most attractive touch point for consumers as they’ll see the benefit of insects due to its application as a soil enhancer.” South Africa is a net-importer of fertiliser, according to the Department of Agriculture, Forestry and Fisheries (2019) market analysis report. In addition, with crises like the Ukraine-Russia conflict impacting the price of imported fertiliser — and consequently the price of our food — Inseco’s ability to create a locally-based soil enhancer has a huge economic impact for South African agriculture and could reduce our risk of food insecurity in the future.

At the same time, as Daily Maverick has previously reported, the meal is used to feed poultry and fish as an alternative to fish meal, localising the food supply for those agricultural streams. “As a country, we import various protein sources for animal feed. If we are able to provide this to local feed mills the opportunity for further employment within the SA environment is guaranteed” says Wills.

On top of the agricultural benefits, the oil extract from BSF (EntoOil) has significant pharmaceutical potential Wills explains. “The fatty acid profile [of the oil] is amazing — there is a high percentage of lauric acid” and so serves as an important alternative to palm kernel and coconut oils (which the reader may know are linked to significant deforestation and climate change). Lauric acid can be used to treat a number of viral illnesses including “influenza, swine flu, avian flu), the common cold, fever blisters and genital herpes caused by the herpes simplex virus, genital warts caused by the human papillomavirus, and it is also used for preventing the transmission of HIV from mothers to children”, according to Wills. It also has applications in animal feed, baking, and manufacturing, including for making soap.

“An employee manufactured some soap bars as part of R&D and the end result was amazing. I believe we have not yet uncovered the potential in product types” says Wills. [Side note: last year Daily Maverick looked into another company converting BSF larvae into pet food, and agricultural feed. See this Yappy Medium article].

For Wills, linking BSF to food security is “definitely a focus in the next few years. We believe so much in the product that some of our employees use it in their shakes. Looking at the cost of protein sources in South Africa, with clever manipulation of the powder protein product we could easily find a solution which would be physically pleasing and by far cheaper than plant-based alternatives to meat.”

This April, Inseco raised the largest ever start-up seed funding in South Africa — some $5.3 million — which will allow them to keep their Philippi plant operating and “make these products come to the South African market in the most cost-effective and sustainable manner” says Wills. This, in turn, creates local jobs, including for women, addressing their higher levels of unemployment.

“All of my direct reports are female, and within the facility, a large number of females occupy positions within the actual Fly Farming division, in excess of 50%.” The Waste intake department remains mostly male, but “once we’re able to automate as part of the growth strategy we would consider [women’s] employment in these areas”.

The environmental, economic, and business benefits highlighted by GreenCape’s report are profound. It’s clear that this tiny insect has massive potential and it’s something we should all be paying attention to. DM/MC