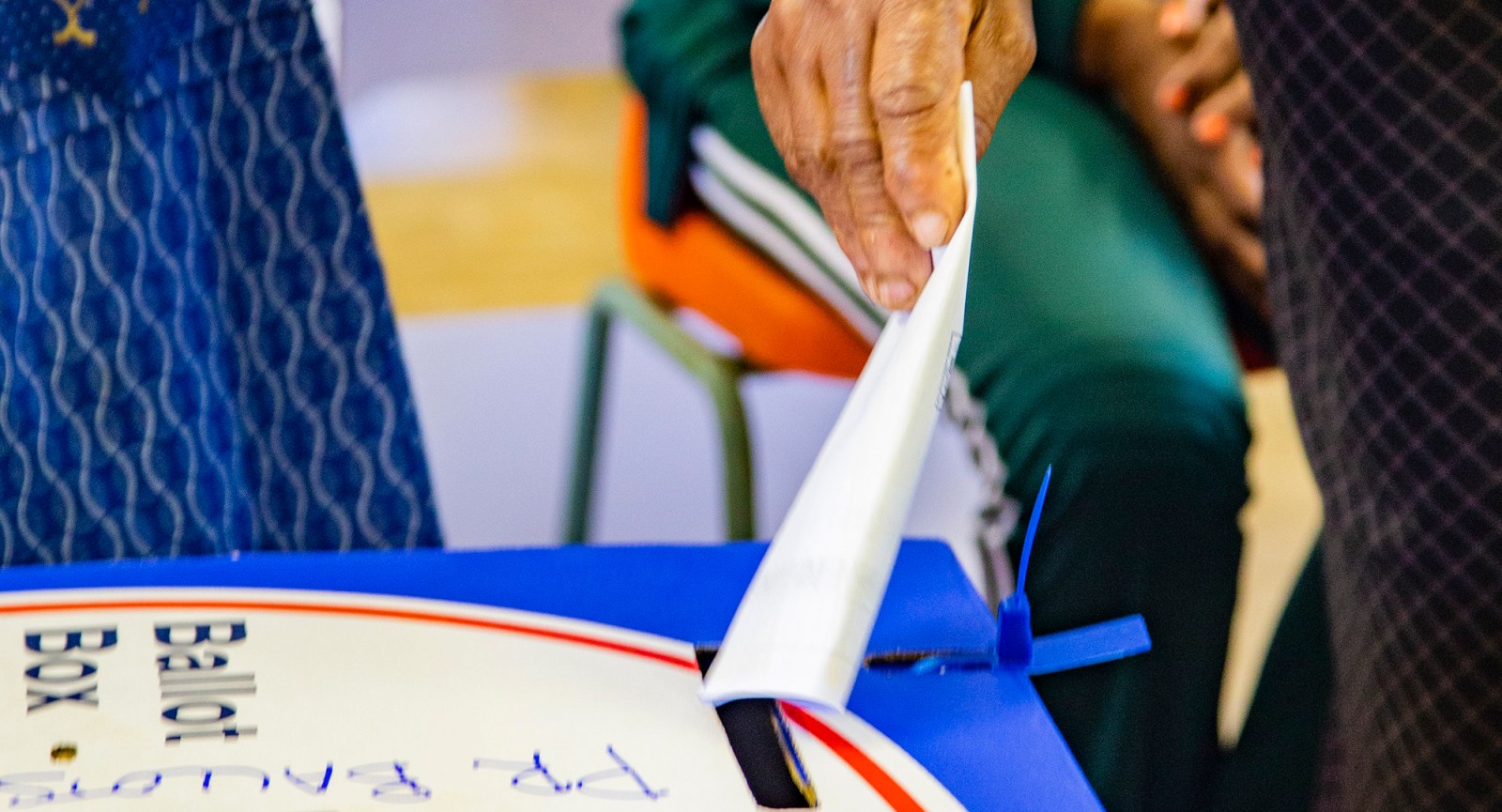 South African voters do not have a direct say in the election of the country’s president. Instead, members of the National Assembly elect the president after each election, or when a vacancy occurs in that office. This has led to calls for a change to the current system to allow for the direct election of the president. But would this necessarily be a good idea?

South Africans often complain that they have little say in selecting those who represent them in the National Assembly (NA), as well as in provincial legislatures.

With the pure proportional electoral system currently in place, political parties — not voters — decide who will represent the respective parties in the NA as parties compile the electoral lists.

Voters have even less say in the selection of the person who becomes president, as the president is elected (and can be removed from office) by the 400 members of the NA.

Because the ANC has won an outright majority of seats in the NA in every national election since 1994 (something that might change in 2024), in practice this has meant that the ANC, not voters, has decided which person will serve as South Africa’s president.

For the most part, this has meant that the 4,000 or so delegates sent by ANC branches to the party’s elective conference have, in fact, decided who would serve as South Africa’s president.

To be fair, the majority of voters who voted in each election indirectly endorsed these choices by casting their vote for the ANC. But it is unclear whether voters would have acted differently had they had the chance to vote for individual presidential candidates.

This has led to calls for a change to the system to allow for the direct election of the president, giving voters a direct and final say in the matter.

Assuming that such a change would be politically feasible (it would require extensive amendments to the Constitution and would therefore be difficult to implement), I would like to explore what such a change might look like, and assess whether a change may, on balance, improve governance and accountability in South Africa.

The introduction of direct presidential elections would require fundamental changes to the composition of the executive and to the relationship between the National Assembly and the president and his or her executive.

Currently, there is no strict separation of powers between the legislature and the executive, as the president is elected by the NA and can also be removed from office if a majority of the members of the National Assembly supports a vote of no confidence in the president in terms of section 102 of the Constitution.

If the president is directly elected by voters, it would make little sense to allow the NA to remove the president from office through a vote of no confidence in terms of section 102 of the Constitution.

Currently, the president must retain the confidence of a majority of members of the National Assembly to continue in office, which makes sense as the president is elected by the NA and receives his or her mandate to govern directly from the Assembly (and only indirectly from voters).

If the president is directly elected by voters, it would be undesirable for the National Assembly to be able to undo the results of a democratic election through a vote of no confidence.

However, the National Assembly could retain the power to impeach the president in terms of section 89 of the Constitution with the support of two-thirds of its members. This is because impeachment is linked to wrongdoing or incapacity by the president and cannot be used to remove the president purely for political reasons.

In theory, allowing for the direct election of the president — and the complete separation of personnel between the legislature and the executive — would enhance government accountability to voters.

Currently, the president is first and foremost accountable to his or her political party, then to the National Assembly, and only lastly to voters.

If the president is directly elected by voters, he or she will have an independent mandate from voters and, so the argument goes, would thus be less beholden to the party leadership and would have more freedom to implement the policies on which he or she campaigned for office.

Another argument sometimes advanced in favour of the direct election of the president is that such elections will be more competitive.

If the system requires the winning candidate to obtain more than 50% of the votes to be elected president — and provides for a second round of voting between the top two candidates if no candidate wins 50% of the vote in a first round — voters will be presented with a stark choice between the candidate of the incumbent party and a candidate of the opposition, which in theory means that an opposition party candidate could win the election even if his or her party enjoys significantly less support than the party of the incumbent.

Arguably, this would also incentivise the governing party as well as the largest opposition party to nominate a presidential candidate with broad electoral appeal beyond that of its core constituency. (As I point out below, this assumption may not always hold true.)

Assuming the Democratic Alliance remains the second-largest party, it would, for example, be a bad idea under such a system for the DA to nominate its current leader as its presidential candidate, just as it might be a bad idea for the ANC to nominate Ace Magashule as its candidate. (Of course, just because it is a bad idea does not mean that either party may not go ahead and do it regardless.)

First, such a system could make the president and the executive more (and perhaps too) powerful, and could weaken the ability of the legislature as well as the leadership of the governing party to hold the executive accountable between elections.

A president with an independent electoral mandate — who governs the country with the assistance of a Cabinet whose members are not required to be members of the National Assembly and therefore need not be on the governing party’s electoral list — would, in theory, be less beholden to their party and thus also less likely to bow to pressure from the collective party leadership. (Recall that in such a system, both Thabo Mbeki and Jacob Zuma would probably have completed their second term in office, despite losing the support of their party.)

This means that had Zuma been directly elected by voters, he might have refused to reverse the appointment of Des van Rooyen as finance minister, arguing that his mandate came from voters, not from Cyril Ramaphosa and Gwede Mantashe.

Second, and related to the first point, there is always the possibility that such a system could create a Donald Trump problem, allowing for the rise of a populist candidate who builds up a personality cult around themselves and uses patronage and threats to weaken the democratic nature of the system.

At the moment, the strong party system and the power of the extra-parliamentary wing of the governing party still incentivise an incumbent president to moderate his or her behaviour and to limit direct conflict with his or her party.

If the direct election of the president leads to a weakening of the party system (as it is likely to do), a populist politician could create a personality cult around him or herself (perhaps by inciting xenophobia or other forms of hatred against unpopular groups). If this happens, the changes to the system would have made things much worse.

I developed the somewhat speculative arguments above to make a larger point about how difficult it is to know whether any changes to the system of constitutional governance would make things better or worse. This is because a system that works well in one context, may not work well in another.

In South Africa, consecutive ANC governments have not been nearly as accountable as they should have been, and the proportional representation electoral system is often blamed for this state of affairs.

But it might well be that many of the problems with the current South African system of government can be traced back to the (now waning) hegemonic and electoral dominance of the ANC.

That said, while I am not sure where I will eventually come out on this issue, I believe it is worth discussing the merits of a system that allows for the direct election of the president.

But when we consider this proposal, we should be careful to avoid the kind of magical thinking that assumes all the problems with South Africa’s system of government could be fixed by making a few changes to the Constitution. DM