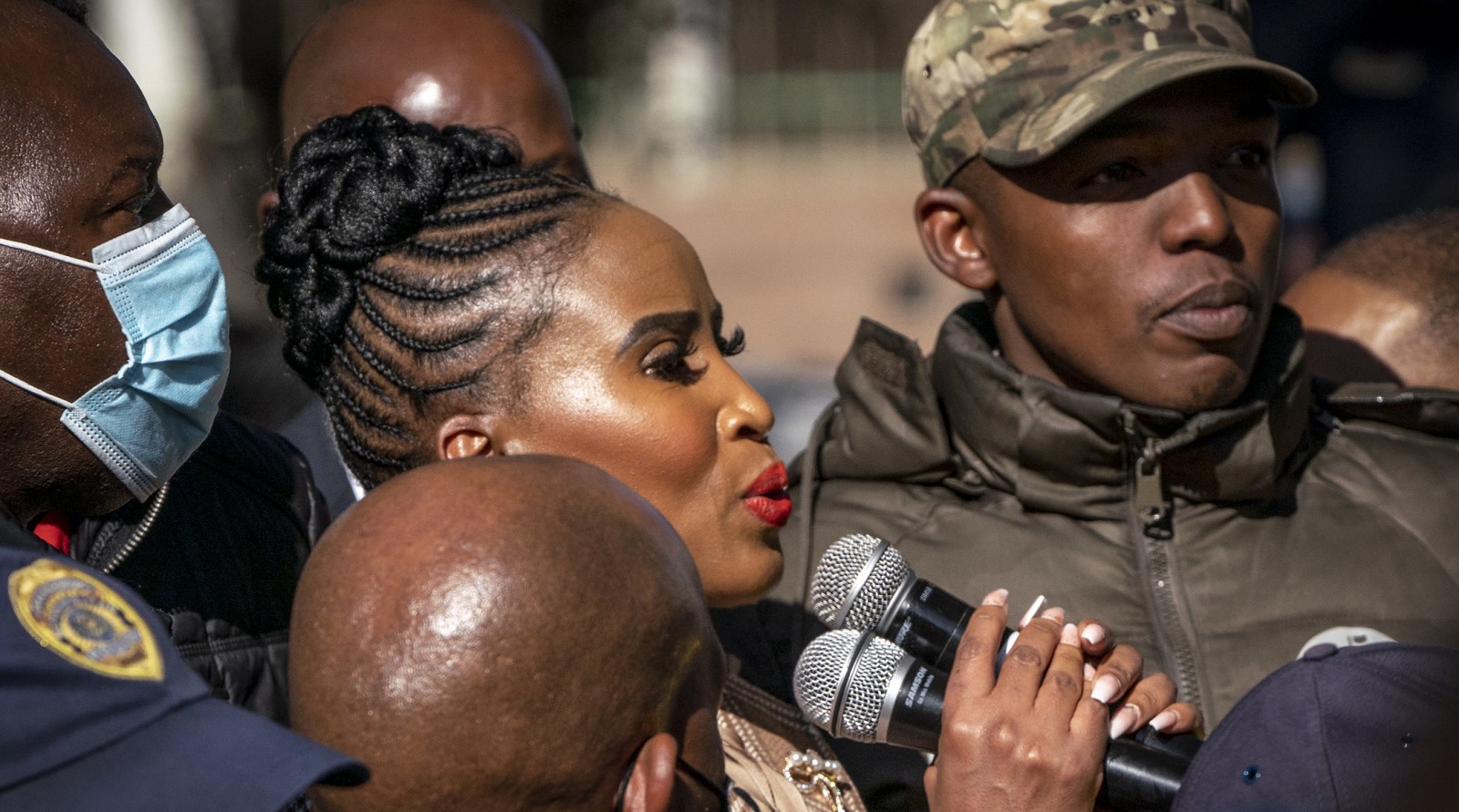 Soweto residents organised a march to the mayoral office in Braamfontein following a day of disruptive protests in Soweto.

After electricity and service delivery woes culminated in a disruptive protest on Monday, Soweto communities on Tuesday delivered memorandums with their grievances to Johannesburg Mayor Mpho Phalatse, who promised to respond within two weeks.

“We will go through everything in the memorandums and we ask for 14 days to have a discussion among ourselves. At the end of the 14 days, we will call your leadership and give them a progress report on how the discussions were going and what the turnaround plan will be,” Phalatse told the residents.

The protests were over continuing and random power cuts in the area and a general lack of service delivery. One of the demands was for the eradication of informal settlements, which some community members say are a source of crime.

“We heard your cries and we will give attention to your grievances,” said Phalatse.

She said the MMC for environment and infrastructure services, Michael Sun, would handle all issues relating to electricity; the MMC for housing, Mlungisi Mabaso, would handle informal settlements; and the MMC for community safety, David Tembe, would deal with safety issues.

Phalatse said she would also bring in the national government in her quest to find a lasting solution.

The Soweto community of Protea South did not join the march to the mayor’s office, instead venting their anger by blocking Chris Hani Road with stones, inducing fear and causing huge business interruptions.

Police Captain Mavela Masondo said: “On Tuesday at approximately 09h00, police used rubber bullets to disperse a group that was throwing stones at passing cars and blockaded the Chris Hani and Lenasia Link roads with stones. No arrests were made and a case of public violence was opened,” said.

Some Protea South residents said they had been without electricity for months, while others were never connected. The area’s councillor, Noxolo Nofemela, did not respond to queries.

During Tuesday’s march, more than 50 communities’ memorandums of grievances were handed over to Phalatse and her entourage.

In their own words

Women from various communities explained what they were going through.

An elderly woman from Diepkloof Zone 3 said she had lost a relative who had relied on an electric breathing machine and had struggled to keep up with their electricity bill.

“I want to know what you were talking about when you said free service delivery for all people,” she said.

Another woman said she was swindled by people who claimed to be Eskom employees.

She said the last call she received from the “employees” was on 6 June.

“They told me that they will switch my power off because I did not apply for a certificate for the rooms. I was baffled because I use pre-paid electricity,”

A woman from Meadowlands Zone 2 said her household has been without electricity since 2018. She said their power was accidentally cut during water pipe repairs.

“I have been reporting and reporting but I’m not getting any help. It’s five years now.” She said that when her sister was in matric, they had to study by candlelight. “We need your help. We plead for your help,” she said.

Evelyn Modise from Braamfischerville said that cables were stolen in her neighbourhood and when community members tried to report this, they were told their cases could not be registered because the manager was on leave.

“Doesn’t the manager have an assistant?” asked Modise.

“We have had enough. We beg you: talk to Eskom, don’t whisper,” Modise said.

An elderly woman said: “The mayor should get down to business because that is what you were elected for. They drive expensive cars. They have medical aid cover. We, on the other hand, are poor and go to local clinics.”

Sophie Masedi from Ward 28 in Diepkloof said she suffers from arthritis and asthma and needs electricity.

“Please, I plead for your help.”

Dlamini said: “We are here to make sure that the mayor understands that we have a crisis in Soweto, and at the top of it is the electricity crisis.” DM