Anne Frank’s diary at 75: why it holds a special place in Holocaust literature 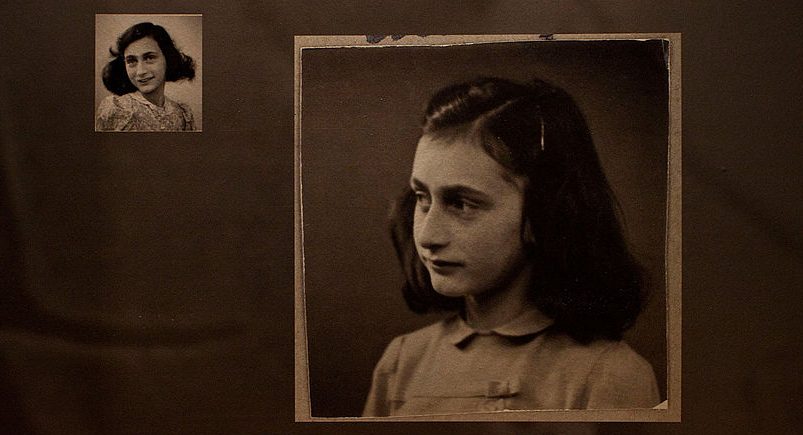 Perhaps the most famous document of its type, Anne Frank’s diary is a version of the Holocaust without the actual horrors.

The best-selling Canadian author Rosemary Sullivan recently declared that the case of Anne Frank’s betrayal had been solved. Anne and her family, in hiding in Amsterdam, had been denounced by one Arnold van den Bergh, a well-known notary and member of the Amsterdam Jewish Council who handed over lists of Jews in hiding to the German occupiers in order to save his own family.

Sullivan had not been one of the investigators of this issue: she had written the book that set out their case, which had the eye-catching title, The Betrayal of Anne Frank. Generating considerable attention in the press, the book was followed, a few weeks later, by a detailed refutation by a team of scholars based at the world-famous Netherlands Institute for War Documentation (NIOD).

After going through the investigation with a fine-tooth comb, NIOD criticised its use of sources and understanding of the historical context, concluding that the accusation against van den Bergh had “been conjured out of thin air”. Within days of the report’s publication, the publishers of the Dutch edition of the book withdrew it from sale.

Anne Frank, quite clearly, still sells. The Anne Frank House in Amsterdam is one of the Netherlands’ most-visited tourist sites, with people queuing round the block to see the famous secret annexe. Her diary is the most famous document from the Holocaust, translated into over 70 languages. Now, on the 75th anniversary of the diary’s publication in 1947, it is timely to look at why this young girl’s diary continues to hold people’s attention.

Today it is hard to imagine that the diary’s first print run was a mere 3,036 copies, or that Otto Frank, Anne’s father, struggled to find a publisher. Yet just a few years after the war, Auschwitz survivor and psychologist Eddy de Wind wrote that the Dutch public “soon became sated” with information about the Nazi concentration camps.

The same was true elsewhere. In France, West Germany, Britain and the US, Anne’s diary appeared at first in small print runs. In the US, ten publishers turned it down before it was published by Doubleday in 1952. In the UK, Vallentine Mitchell, a small publisher of Jewish-interest books, found that sales were very slow.

The diary’s limited early success was perhaps a result of the fact that the term “Holocaust” had not become synonymous with the genocide of the Jews in the late 1940s and early 1950s, meaning that readers had no context for understanding it. This soon changed, but only as Anne Frank and her writing became decoupled from their Jewish context.

As the diary was adapted for a Broadway play in 1955, sales of the book exploded across the world. Anne Frank was turned into a universal symbol of innocence destroyed by evil, a process facilitated by the fact that her diary is not a typical Holocaust story.

It ends before the eight people hiding in the secret annexe were deported and all, except Otto, killed. And, as numerous productions for theatre, cinema, television, comics and children’s books indicate, the broader public, especially younger people, identified with Anne’s teenage angst, and tended to overlook – since this was how they were directed – the Holocaust context.

This “universalising” impulse undoubtedly still remains. But the rise in the western world of “Holocaust consciousness” means that readers today are aware of Anne’s Jewishness and her ultimate fate.

Yet she still remains an appealing figure precisely because she is recognisably “like us”. And the diary, even given the inclusion of additional material that was discovered a few years ago (having been removed by her father) that speaks to Anne’s sexuality, remains a version of the Holocaust without the actual horrors.

Whatever privations characterised the secret annexe, there is no Auschwitz and no Belsen, no violence, no starvation. Changing the ending of the diary, in the Broadway and Hollywood versions, so that the audience was left with Anne’s message that “in spite of everything, I still believe that people are really good at heart”, presented her to the world as a happy teenager.

Anne Frank’s diary has been adapted many times for theatre and the big and small screens. It has been turned into comics and children’s’ books “about hope” (The Anne Frank you Wished You Knew, for example). It has been made the basis of fiction, most famously in Philip Roth’s The Ghost Writer. And it has been used as a source of black humour on the internet and social media.

The message of hope in the face of evil that has always accompanied the reception of the diary continues to resonate. But whether we are ready, even now, for an Anne Frank whose story speaks to what the Holocaust was really about – the brutal destruction of Europe’s Jewish population with no happy ending – is another question. DM/ML

Dan Stone is a Professor of Modern History at the Royal Holloway University of London.