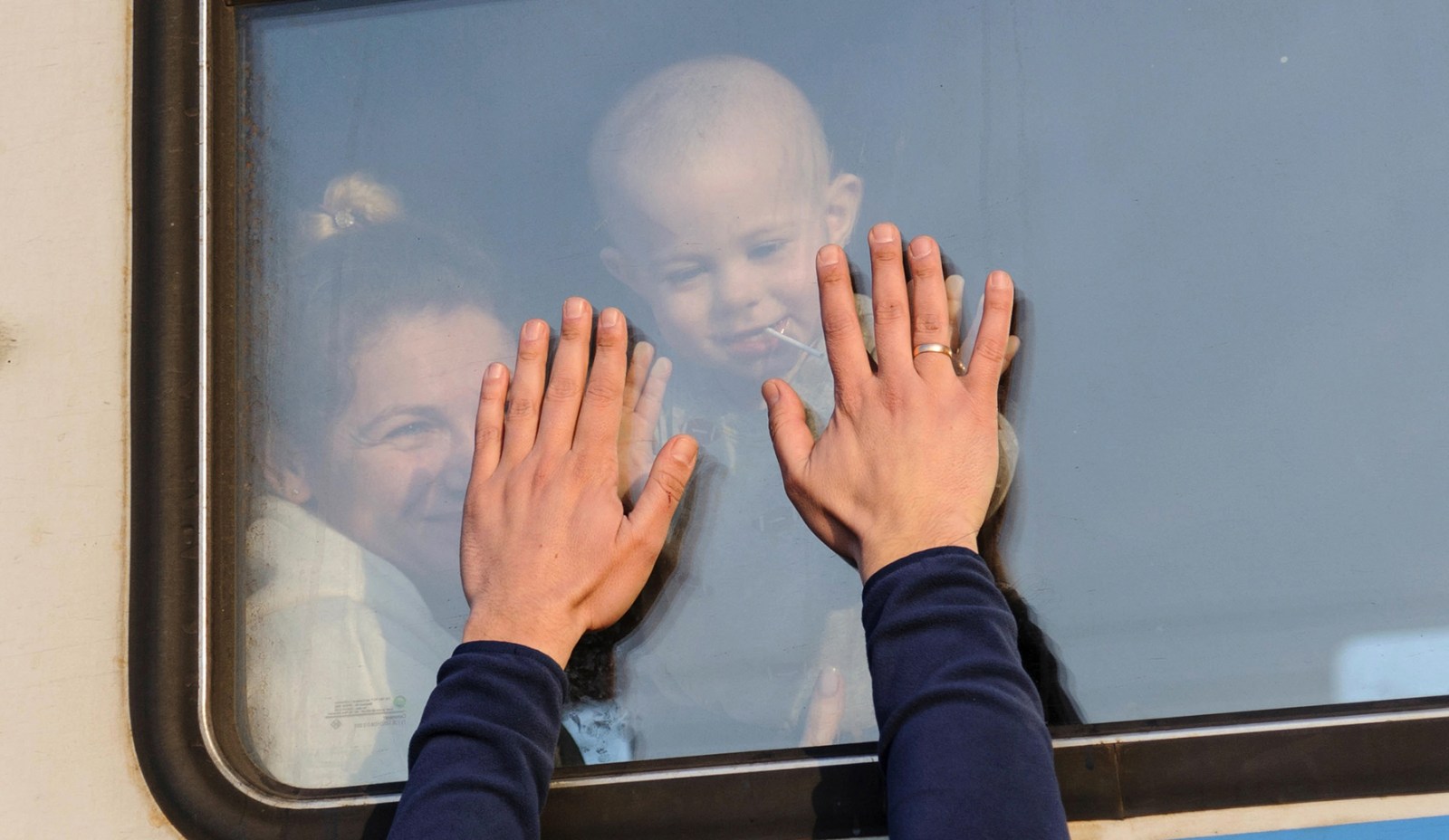 Ukrainian refugees wave goodbye as they prepare to depart to Poland at the railway station in Lviv, western Ukraine, 15 March 2022. (Photo: EPA-EFE/Mykola Tys)

Section27 and the Concentric Alliance are hosting a webinar on ways forward for health reform in South Africa; the DSI-NRF Centre of Excellence in Food Security, in collaboration with the Dullah Omar Institute for Constitutional Law, Governance and Human Rights, is holding a Food Imbizo; and the 24th edition of the Encounters South African International Documentary Festival is set to begin.

Monday 20 June is World Refugee Day. The day has been designated by the United Nations (UN) to honour refugees around the world.

“It… celebrates the strength and courage of people who have been forced to flee their home country to escape conflict or persecution,” stated the UN information page on the event. “World Refugee Day is an occasion to build empathy and understanding for their plight and to recognise their resilience in rebuilding their lives.”

Seeking safety is a universal human right. Wherever they come from, people forced to flee should be welcomed.

“Whenever people are forced to flee, they have a right to be protected. Whatever the threat — war, violence, persecution — everyone deserves protection,” according to the UN.

On Monday, 20 June, at 10am, Section27 and the Concentric Alliance are hosting a webinar on ways forward for health reform in South Africa. The event will also serve to launch a new report on health systems change, Health Reform: Perspectives and Proposals.

Representatives of the National Department of Health, private healthcare sector, academia and civil society will engage virtually on the findings of the report.

“The research was undertaken during a changing healthcare climate in South Africa,” according to the event description.

“Before the Covid-19 pandemic, South Africa’s health system was in desperate need of reform, with inequality characterising access to healthcare services. The additional pressures placed on the health system during Covid-19 have, in some cases, almost overwhelmed it.”

The crises reinvigorated public awareness of the need for reform in South Africa’s health system.

The webinar will involve a panel discussion facilitated by Section27 executive director Umunyana Rugege. The speakers on the panel include Dr Nicholas Crisp of the National Department of Health; Dr Ayanda Ntsaluba, group executive director at Discovery Limited; and Sibongile Tshabalala, chairperson of the Treatment Action Campaign.

Register for the webinar here.

Tuesday 21 June is the International Day of the Celebration of the Solstice. In the southern hemisphere, it marks the Winter Solstice and the shortest day of the year.

A solstice is an event that occurs when the Sun reaches its most northerly or southerly day-arc relative to the equator, according to the UN information page on the event. Two solstices occur each year.

“The solstices, together with the equinoxes, are connected with seasons, harvests and livelihood. Therefore, many cultures celebrate various combinations of the solstices, the equinoxes, and the midpoints between them, leading to various holidays arising around these events,” according to the UN.

On Tuesday, 21 June, at 10am, the Department of Science and Innovation-National Research Foundation Centre of Excellence in Food Security, in collaboration with the Dullah Omar Institute for Constitutional Law, Governance and Human Rights, will be hosting a Food Imbizo on “Realising the Right to Food in South Africa: Has the pandemic moved us forward?”

The discussion will explore how developments during the pandemic shifted the legal and political environment for realising the right to food in SA.

“The Right to Food is enshrined in the South African Constitution as well as embedded in various international and regional human rights instruments that South Africa has signed up to,” according to the event description.

“However, despite a plethora of food and nutrition-related policies adopted by government, realising the right to adequate food remains elusive for millions of South Africans, including young children.” 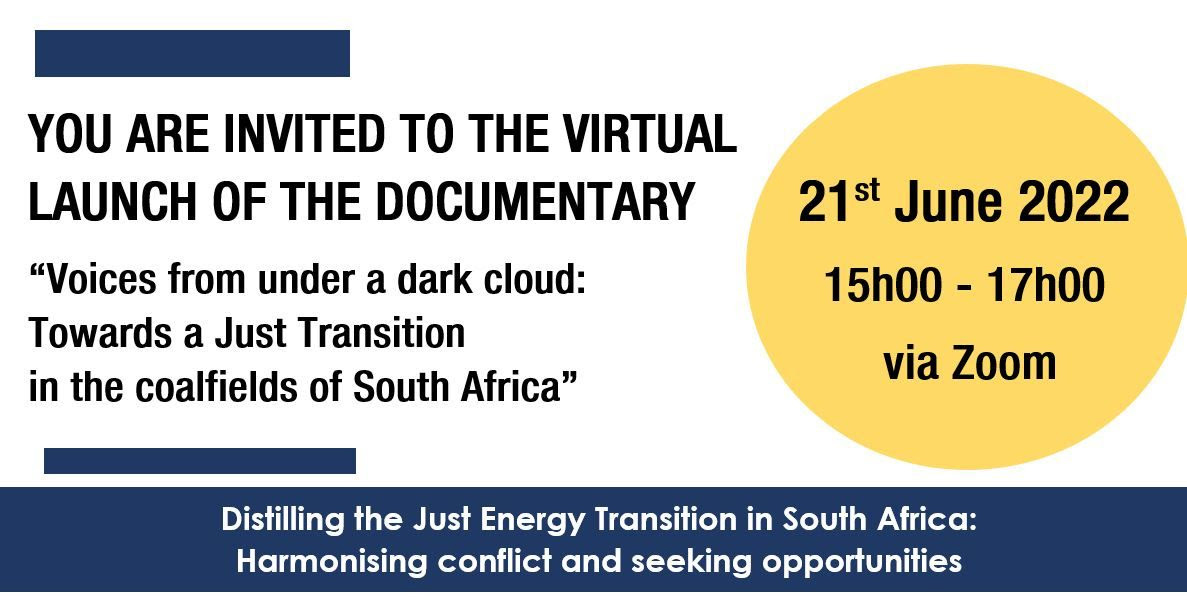 On Tuesday, 21 June, at 3pm, there will be a virtual launch of the documentary, Voices from under a dark cloud: Towards a Just Transition in the coalfields of South Africa.

The documentary was created in 2021 by a consortium including the Trade & Industrial Policy Strategies (Tips); the National Labour and Economic Development Institute; groundWork; and Peta Wolpe.

The consortium is engaged in a project aimed at developing a coherent just transition plan for affected communities in Emalahleni and Steve Tshwete in Mpumalanga.  The documentary was created around a series of webinars and local engagements held over the last 18 months “to provide a platform for affected communities to have their voices heard”, according to the event description.

“The need for a just transition to a low-carbon economy has emerged as an imperative to ensure the poor and vulnerable are not negatively impacted by the transition and are ideally better off through it.

“In Mpumalanga, these challenges are exacerbated by the high reliance on coal-based economic activities, service delivery challenges, and environmental impacts from land, air and water pollution.”

The keynote address at the event will be delivered by André de Ruyter, the Eskom Holdings Group Chief Executive.

Other speakers at the launch include Duduzile Sibiya, provincial climate change coordinator at Mpumalanga Department of Agriculture, Rural Development, Land and Environmental Affairs; Matthews Hlabane, co-ordinator of the Southern Africa Green Revolutionary Council (SAGRC) in eMalahleni; Nonkululeko Makua, manager for parks, cemeteries and public open spaces in the Environmental and Waste Management Directorate of the municipalities; and Tlangelani Rita Ndlhovu, a researcher at the National Union of Mineworkers.

The event will be facilitated by Gaylor Montmasson-Clair, senior economist at Tips.

The online event is focused on:

Thursday 23 June is United Nations Public Service Day. The theme for 2022 is “Building back better from Covid-19”, focused on the role of public institutions and servants in rebuilding in the wake of the pandemic.

On Thursday, 23 June, the 24th edition of the Encounters South African International Documentary Festival will begin. The festival goes on until 3 July.

“In a time of growing global nationalism, political upheaval and uncertainty, the voice of resistance features strongly in a number of films screening in this year’s line-up,” according to the event description.

“As well as the hard-hitting thriller-doccies, there are a variety of uplifting music-themed films, humanitarian and social justice centred films and, for lovers of films — films about films and filming.”

On Thursday at 1pm, the Institute for Poverty, Land and Agrarian Studies (Plaas) and Ndifuna Ukwazi will be hosting their second online dialogue on equitable access to land in South Africa, titled “Pushing Back: How activists are pushing for access to land and housing, and push back against a recalcitrant state, hostile corporate power and violence”.

“South Africa’s Constitution contains progressive reform measures that place an obligation on the state to promote just and equitable land reform,” according to the event description.

“Yet increasingly land and housing activists have viewed the post-apartheid state’s inability to prioritise land reform as a failure and sought to find alternative solutions.”

The webinar is intended to explore grassroots strategies that land and housing activists can use to push for the realisation of the constitutional right to housing and equitable access to land. 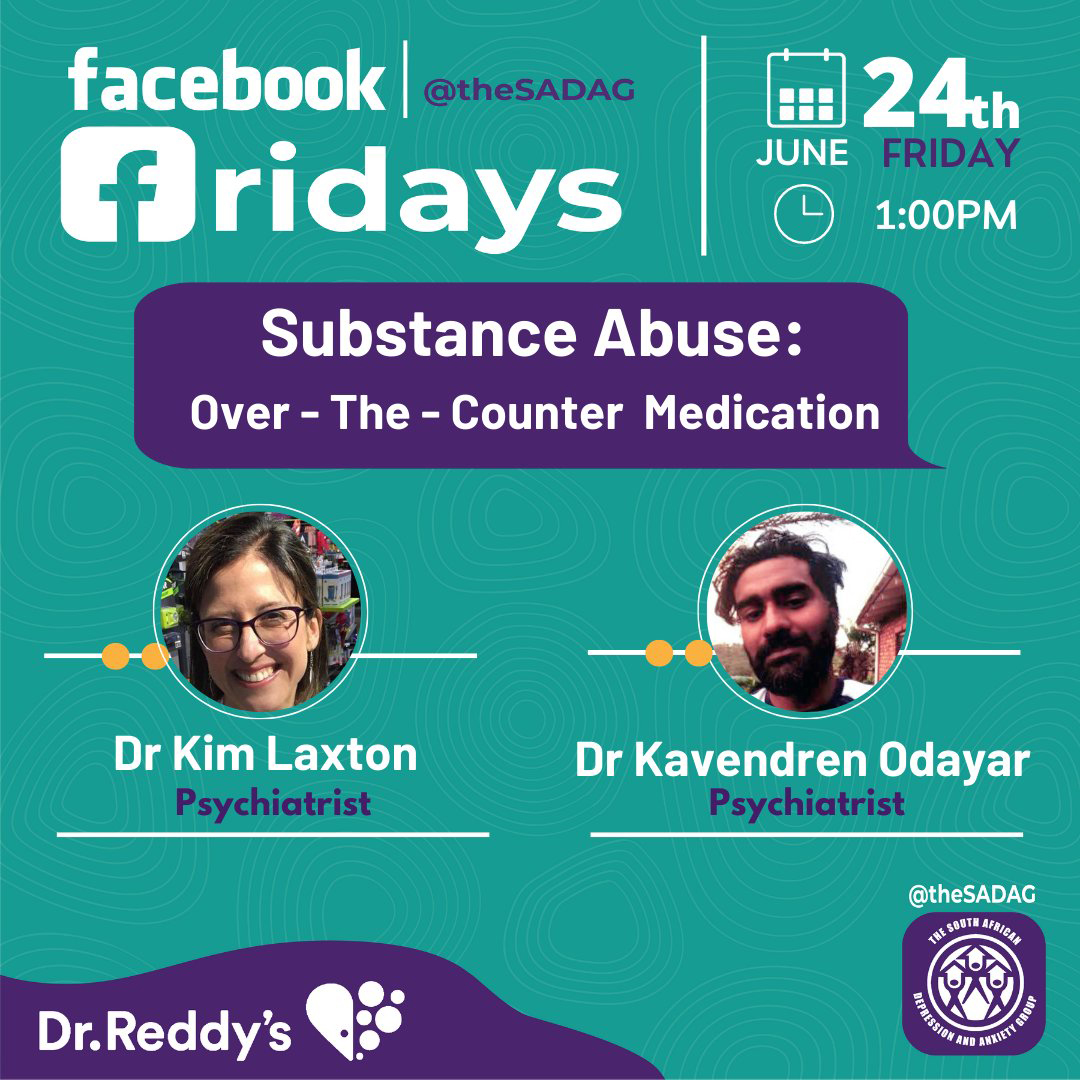 On Friday 25 June at 1pm, the South African Depression and Anxiety Group will be hosting a Facebook Live question-and-answer session on “Substance abuse: Over-the-counter medication”.

The Womxn and Democracy Initiative of the Dullah Omar Institute and the Parliamentary Monitoring Group recently launched a report on Moving Online, Opening the (Virtual) Door: Public Access to Online Committee Meetings in National Parliament during Lockdown.

The bodies conducted research from April 2020 through to March 2021, during the first year of the National State of Disaster. The purpose of the report is to “assess the extent to which parliamentary committees have complied with their obligation to be open and transparent and to facilitate public access under the conditions of the pandemic”, according to the research description.

“[The] research aimed to observe whether the challenge of the Covid-19 pandemic presented an opportunity to test if these online measures were workable for the future and could improve on the standards for openness and public access beyond the period of the pandemic and associated lockdowns.”

The detailed report can be accessed here. DM/MC