Millions in Bangladesh and India await relief after dea...

Millions in Bangladesh and India await relief after deadly flooding 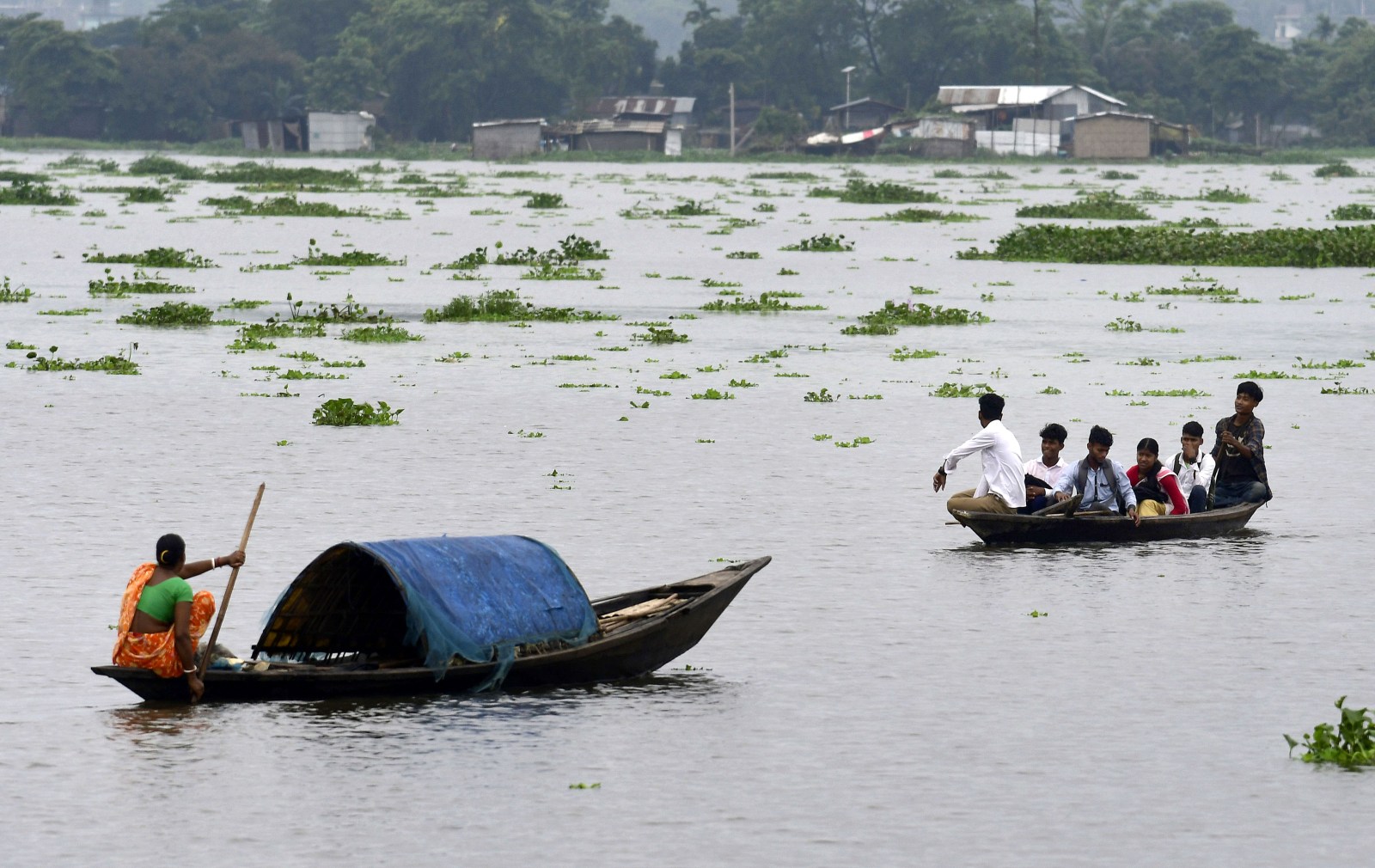 Indian villagers move to a safe place in the flood-affected area of Morigaon district in Assam, India, 20 June 2022. According to state government officials, over 200,000 people were being sheltered across 744 relief camps, while over 30,000 others were evacuated, as the death toll from floods and landslides in the state rose to at least 73. EPA-EFE/STR

Monsoon rains in low-lying Bangladesh have triggered catastrophic flooding in the northeastern Sylhet administrative division, leaving a quarter of its 15 million population stranded amid fast-rising waters and swollen rivers.

“The flooding is the worst in 122 years in the Sylhet region,” said Atiqul Haque, Director General of Bangladesh’s Department of Disaster Management.

The situation in Sylhet has been worsened by waters cascading down from the surrounding hills of India’s Meghalaya state, including some of world’s wettest areas like Mawsynram and Cherrapunji that each received more than 970mm (38 inches) of rain on Sunday, according to government data.

Around 300,000 people have been moved to shelters in Sylhet but more than four million people are stranded near their inundated homes, compounding the challenges for authorities to provide aid, including drinking water and medical supplies.

“We are intensifying our efforts providing relief materials. At the moment, the main challenge is to reach everyone and ensuring availability of drinking water.”

Khalilur Rahman, a resident of Sylhet’s Sunamganj district, said flood waters had swamped the ground floor of his two-storied house and locals were using boats to move around the area.

“I have never seen such floods in my life,” Rahman, 43, told Reuters by phone, adding that there had been no electricity since heavy rains began on Thursday night. “Dry food is running out, there is no drinking water.”

In the neighbouring Indian state of Assam, where at least 26 people have been killed since heavy rains began around a fortnight ago, flood waters have started receding, authorities said.

But 4.5 million people have been forced from their homes, with around 220,000 staying in makeshift shelters run by the government. Over a million hectare of farmland has been flooded.

“Now the biggest challenge is to reach out to the displaced people and provide them with relief materials.”

By Ruma Paul and Zarir Hussain