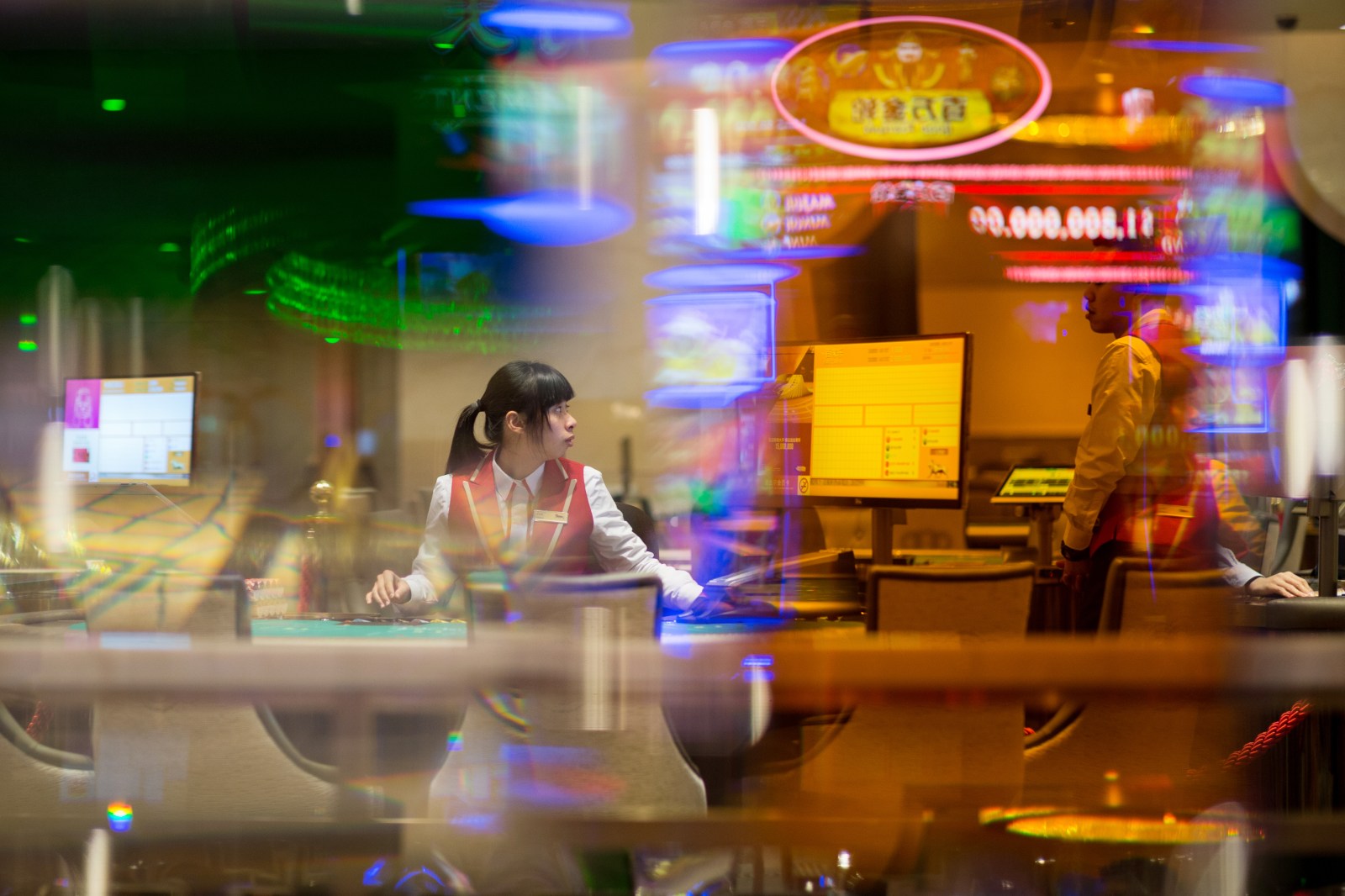 A dealer sits at a black jack table on the gaming floor of the MGM Cotai casino and resort a few hours before the opening in Macau, China, 13 February 2018. EPA-EFE/JEROME FAVRE

HONG KONG, June 20 (Reuters) - The world's biggest gambling hub Macau began its second day of mass COVID-19 testing on Monday after dozens of locally transmitted cases were discovered over the weekend, with most businesses shut but casinos remaining open.

The testing of Macau’s roughly 600,000 residents is expected to end on Tuesday as the Chinese-ruled former Portuguese colony adheres to China’s “zero COVID” policy aiming to eradicate all outbreaks at just about any cost.

Most residents are asked to stay home, restaurants will be shut for dine-in and border restrictions have been tightened, meaning casino revenue is likely to be close to zero for at least a week and likely the coming weeks, analysts said.

Shares of Macau casinos tumbled on Monday morning with Sands China 1928.HK leading the slide falling over 8% the biggest decline since March 15.

Macau’s government relies on casinos for over 80% of its income, with most of the population employed directly or indirectly by the casino industry.

The latest outbreak came suddenly and has been spreading rapidly with the source still unknown, Macau’s chief executive Ho Iat Seng said in a statement on the government’s website.

Macau’s previous coronavirus outbreak was in October last year. An outbreak in the neighbouring Chinese territory of Hong Kong this year saw more than 1 million confirmed infections, and more than 9,000 deaths, swamping hospitals and public services.

While Hong Kong has seen an increase to over 1,000 daily cases in the past week, officials have said they are unlikely to further tighten restrictions as the pressure on medical services has not increased.

Macau only has one public hospital and its services are already stretched on a daily basis. The territory’s swift plan to test its entire population comes as it keeps open the border with mainland China, with many residents living and working in the neighbouring Chinese city Zhuhai.

China in contrast has not opened its borders to Hong Kong, with the financial hub largely isolated from the mainland and the international world.

Macau’s legislature is this week due to approve an amended gaming law which will lay the groundwork for what is required from the multibillion dollar casino operators to continue operating.

“Depending on how quickly Macau is able to get the newest outbreak under control, there is risk of delay to finalisation of the gaming law amendments and subsequent concession