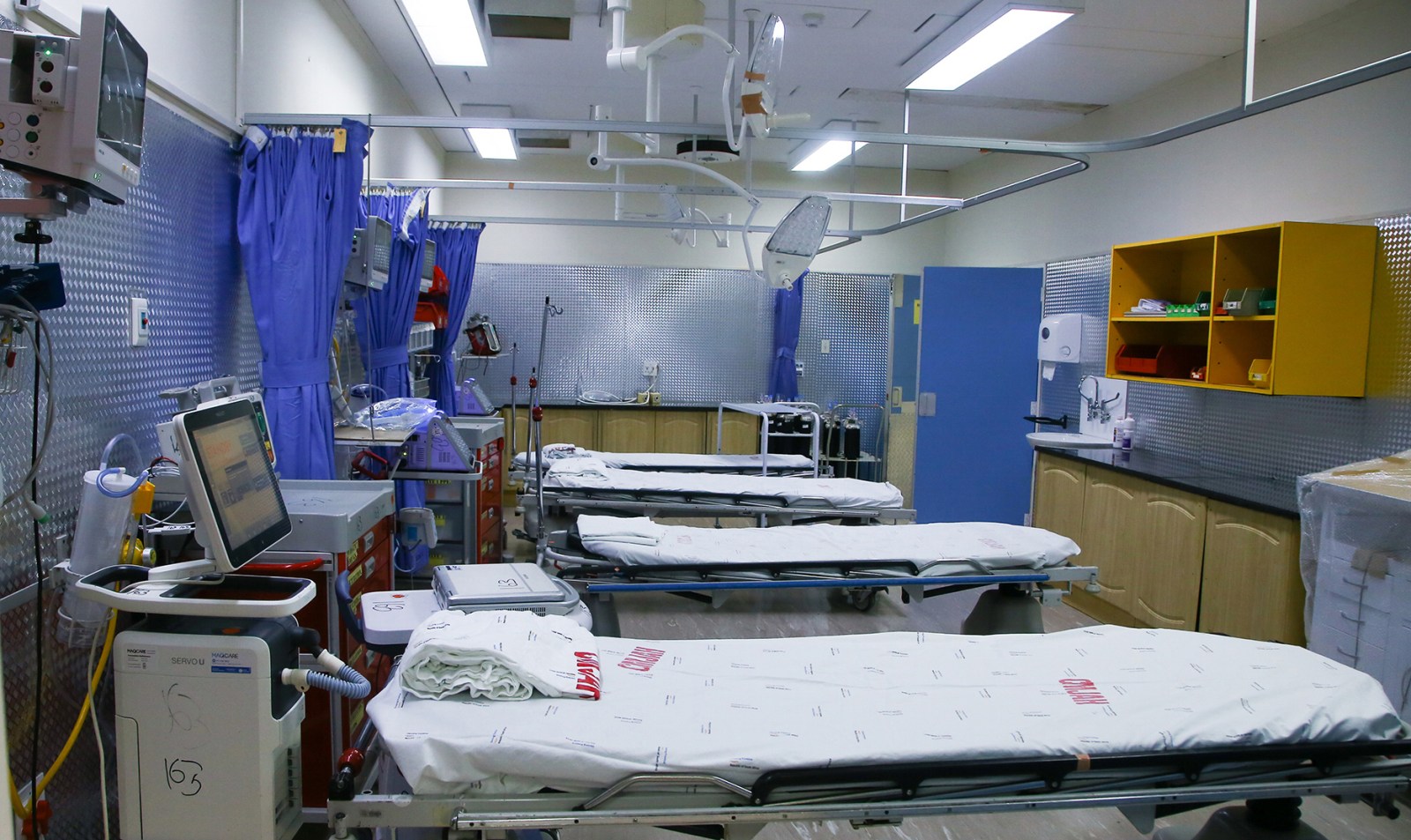 Renovated Accident and Emergency Unit wards at the Charlotte Maxeke Johannesburg Academic Hospital during the visit by Health Minister Joe Phaahla for its official reopening on 9 May 2022. (Photo: Gallo Images / Luba Lesolle)

A new report, ‘Health Reform — Perspectives and Proposals’, was launched by SECTION27 and the Concentric Alliance on Monday. It recommends that stakeholders within the health sector enter into a consensus-building process to address areas of contention in health reform. A failure to do so will be to the detriment of all South Africans, but particularly those who are most vulnerable and disempowered.

There is a need for consensus-building among stakeholders in the health system, particularly among those across the public and private sectors, if meaningful health reform is to be achieved.

This process would allow the establishment of a common framework for developing solutions, allowing collaborators to deal with interrelated issues in a single space.

However, the health reform debate in South Africa has thus far been pursued in a way that has worsened relations between stakeholders, according to Brian Currin, executive director at Concentric Alliance, an Africa-focused conflict resolution consultancy.

This has led to the “stymieing of responses to one of South Africa’s most important challenges — the realisation of a fundamental human right entrenched in our Constitution, equity and access to quality healthcare for all”.

“The lack of nuance in the public discourse has meant that major stakeholders are speaking past each other; that important relevant points have been lost in a debate that relies on expertise, and that the level of rhetoric is contributing to uncertainty and a lack of trust in government and other stakeholders by both practitioners and users of the health system,” said Currin.

While this is to the detriment of all residents of South Africa, those who suffer the most are the vulnerable and disempowered in society.

Currin was speaking at the launch of a new report, Health Reform — Perspectives and Proposals, hosted by SECTION27 and the Concentric Alliance.

The report is based on research completed between November 2020 and June 2021, exploring what stakeholders in the health system agree and disagree on, and the potential to bring them closer together in efforts to fix a “decidedly broken healthcare system”, according to the event description.

Submissions from other stakeholders regarding health system reform and National Health Insurance were also considered.

A barrier to health reform identified in the SECTION27/Concentric Alliance report was the lack of trust among all parties in the health sector, according to Sasha Stevenson, head of health rights at SECTION27.

This distrust is partly rooted in concerns about vested interests among stakeholders, and the perception that others in the system aren’t making a “good faith effort” to improve it.

“There’s also a real perceived lack of leadership, and that’s from within government, but also within the private sector, within civil society, within trade unions,” said Stevenson.

However, there were some issues on which all those interviewed for the report agreed, including that:

The report recommended two possible paths to health reform. The first involves the implementation of interventions based on areas of existing consensus.

These areas include exploring possible national health projects that could be pursued by the departments of health in collaboration with the private sector and civil society; working across sectors to identify a few health outcomes indicators for measurement across all health facilities, and exploring the possibilities for procurement reform.

The second path to health reform, meanwhile, involves stakeholders entering into a consensus-building process on areas of contention.

“What we think — just based on the input of the participants [in the report interviews] — will be needed is a consensus-seeking process that brings parties together on the basis of certain principles, to discuss some of the more difficult and contentious issues and how they can be resolved,” said Stevenson.

“Some of those issues include the roles of national and provincial departments of health, the roles of medical schemes, and human resources, training and retention.”

“When we talk about health reform, for us, as people who are always on the ground… it’s something that we see as now far away from us,” said Sibongile Tshabalala, chairperson of the Treatment Action Campaign, in a panel discussion at the launch of the Section27/Concentric Alliance report.

While there have been many promises from the government about changes that will be made to the health system, the situation on the ground does not reflect this commitment, she said, adding, “Instead of things getting better, things are getting worse.”

While the report has shown a willingness among stakeholders to engage in health reform, actual implementation is something different, continued Tshabalala.

“The partnership between private and public, which is something that we’ve been talking about a lot… we are not seeing any movement in terms of that. What we hear, mostly, is just our discussions that are happening. But in terms of implementation, we don’t see anything,” she said.

Dr Nicholas Crisp, deputy director-general in the National Department of Health, said that while there is some “deliberate wedge-driving” that goes on in the health sector, there is still a large amount of collaboration that goes on “behind the scenes”.

He gave the example of the public and private sectors working together to roll out a vaccination programme during the pandemic, with private pharmacies administering 6.5 million vaccinations during this period.

“I think there is distrust [between stakeholders], and there has been quite a lot of distrust over the years — it’s not by any means done away with,” said Crisp. “But it’s less than some people would have us believe.”

The pandemic was a good demonstration of what is possible in terms of collaboration, according to Ayanda Ntsaluba, group executive director at Discovery Limited. During that time, the government was incentivised to ensure that opportunities to create more coherence within the health system were used.

“I think we need to communicate very clearly that both people in the public and the private sector do understand… that the current levels of inequity in the access to good quality care is completely incompatible with us building a sustainable, inclusive democracy,” said Ntsaluba.

“It’s going to be very important that the same sense of urgency that drove us as we were confronting Covid — because we saw it as a common threat, both across the public and the private [sector] — that we have the same approach as we look at the issue around really building and turning the corner in terms of… [reforming] our health system.”

Engagement on health reform also needs to happen on a community and provincial level, said Crisp. He said there was a provision in the National Health Act for a National Consultative Health Forum to be held annually, but that the last such forum was held in 2015.

According to the act, the forum should promote and facilitate “interaction, communication and the sharing of information on national health issues between representatives of the national department, national organisations identified by the Minister [of Health] and provincial consultative bodies”.

“And that minister must take the initiative, call the forum, listen to people, engage… put together whatever appropriate technical working groups there are, so we can really understand what’s going on.” DM/MC