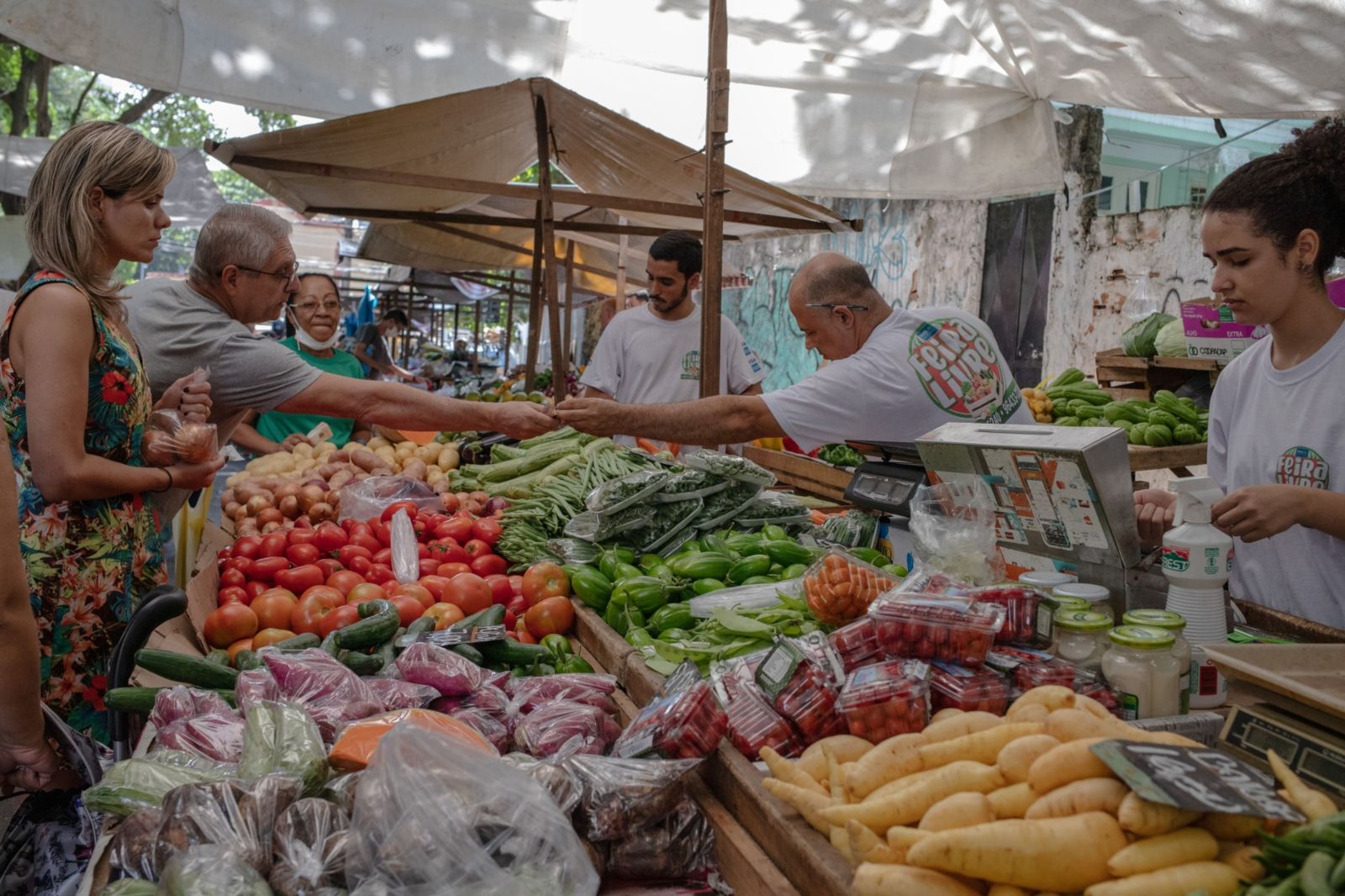 Shoppers buy produce at an outdoor market in the Tijuca neighborhood of Rio de Janeiro, Brazil, on Tuesday, April 5, 2022. Although Brazil's central bank is months into an aggressive tightening campaign, the country's inflation rate was still 11.3% in March.

Pockets of outperformance are starting to pop up in emerging markets even as the Federal Reserve’s most aggressive rate hike in two decades roils assets around the world.

Losses in developing markets have so far been smaller than in the US during a wide-reaching rout that saw the worst Treasuries collapse in at least half a century. Corporate bonds from emerging nations are proving to be more resilient than US high-yield debt and stocks are up to a three-month high relative to their counterparts in the S&P 500 Index.

It sounds counterintuitive: Risk assets are typically hammered during market volatility and emerging markets have indeed been hurt, with a key gauge of equities fresh off its worst week since March. But with much of that turbulence stemming from assets in the US – the world’s de facto safe haven – amid mounting concerns about the growth outlook there, the relative appeal of developing nations is growing.

Emerging markets have so far staved off a full-on repeat of the Taper Tantrum of 2013, when vulnerabilities led to intense market volatility. This time around, central bankers from emerging markets have been ahead of the curve in paring back pandemic-era stimulus, while storing away more in foreign currency reserves.

Among the 16 major currencies tracked by Bloomberg, the year’s only two to gain come from the developing world: Brazil’s real and Mexico’s peso. Currencies from mature economies – the yen and Norwegian krone – lead losses in the group.

As a selloff in US high-yield corporate bonds deepens, more than doubling the average yield in the past year, emerging-market corporate debt is witnessing smaller losses. Their relative resilience has taken the spread between emerging markets and US high yield from a premium to a discount this year. Now developing-nation bonds are offering the least yield since November 2020, in relative terms.

The outperformance is extending to corners of the stock market, too. The MSCI Emerging Markets Index, which plunged 32% between February 2021 and May 2022, is down less than its US equities this year. That took developing-nation stocks to the highest level in three months relative to US equities last week.

For Nordea Investment, there’s also opportunity hiding in emerging markets if fears of a US recession align with cooling inflation and the Fed starts easing off its hawkish path.

“Patience is a virtue,” Witold Bahrke, a Copenhagen-based senior macro strategist at Nordea Investment, said in an interview. “We do need to see a less hawkish Fed to trigger a turnaround.”

What to watch in emerging markets this week: