After a devastating fire, Wupperthal is rising again 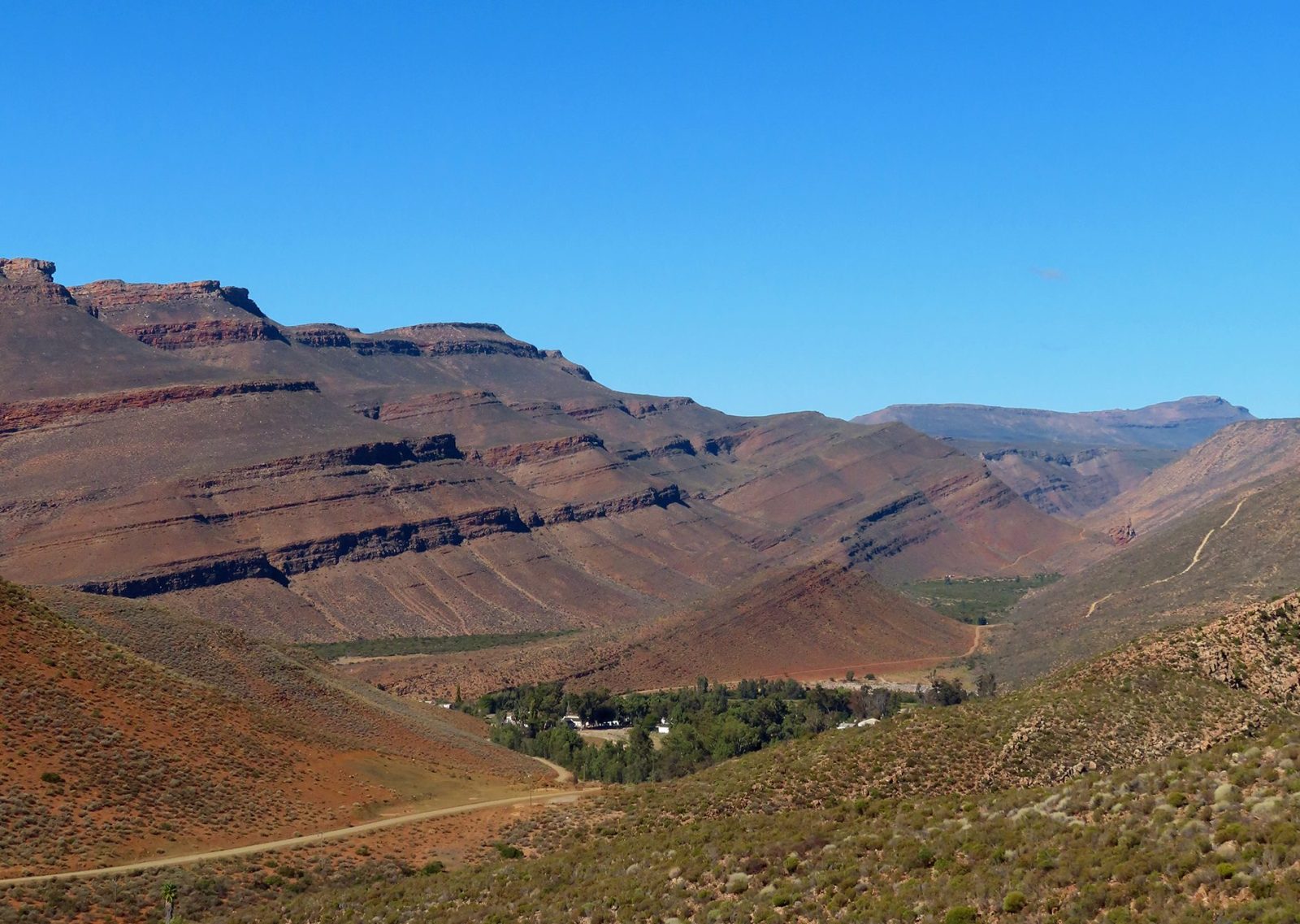 Life in Wupperthal changed dramatically on 30 December 2018 and the peace of the place was rudely interrupted when a fire swept through the village, destroying most of the houses of the 200 residents and the majority of the old buildings. Four years later, things have changed.

Shangri-La comes to mind. Brigadoon perhaps. When the small village of Wupperthal eventually comes into view after a 30km rollercoaster ride along a stony, mountainous path, it certainly looks like it has just emerged from the mists of time. And when you amble in, a hush of deep and ancient peace descends, mingling with the sounds of the wind in the trees, the cooing of turtle doves and the distant tinkling of children’s laughter. The lei water channels sparkle with clear water from the Tra Tra River, which flows from the imposing striated mountains above, and donkeys and goats placidly stroll among the thick-walled white buildings bedecked with thatch roofs.

Life changed dramatically on 30 December 2018 for the sleepy village and the peace of the place was rudely interrupted when a fire swept through it, destroying most of the houses of the 200 residents and the majority of the old buildings. The 1834 church in the centre of the village wasn’t touched, as if protected by divine intervention.

Earlier on in the year, I had overnighted in the village and had been utterly charmed by this pocket of history that has been known for its handmade leather shoes and its rooibos co-op. Wupperthal’s roots run deep into the early 1800s. As the story goes, when the Rhenish missionaries Johann Gottlieb Leipoldt and Theobald von Wurmb arrived in the valley in 1829, the river reminded them of their Wupper River back home in Germany. They bought the farm Rietmond, established a Rhenish mission and called it Wupperthal – Wupper Valley. It became a Moravian mission in the 1960s. Today Wupperthal includes 16 outlying settlements.

Wupperthal’s shoe-making tradition was passed down from the German shoemaker Christian Häfele, who came to help Leipoldt in 1834 when Von Wurmb returned to Germany, and it continued with the missionary Strassberger in the early 1900s. I had made a turn at the old shoe factory, one of the oldest in the country and watched long-time shoemaker Arnold Gertse amid piles of leather, wooden shoe lasts, which looked like they had survived the centuries, and shoes in various stages of production. He looked up as he glued the soles onto a pair of velskoene with riempie laces – the real deal. He told me how he had visited the factory regularly as a school child, learning the trade from his father, and had worked there for 30 years. A highlight of his work years was when Nelson Mandela visited in the Nineties and ordered a pair of shoes. He remembered the father of the rainbow nation fondly – and the size of his feet. “Big feet!” he told me. And I had enjoyed a freshly baked scone, heaped with jam and cream, and a cup of moerkoffie at the quaint Lekker Bekkie restaurant in the original Leipoldt house.

The fire had put a halt to most things, except the rooibos factory where bales of rooibos exude their rich honey aroma. Most of the main structures have been rebuilt and the houses are taking shape, although most enterprises remain closed for the time being.

That’s not the case with Oom Woeka’s Winkel, however, where everyday life has returned to normal. Children come to buy sweets, offering up a few tarnished coins, teenagers purchase an entjie to get them through the afternoon and adults buy a packet of slap chips or electricity. As Florida Schalkwyk, Oom Woeka’s sister-in-law, busies herself helping customers, putting chips in the microwave and packing the fridge with cooldrink, she relates the story of that frightening, fateful December day. She describes the scene when smoke, shouts, cries and sparks from the trees exploding and setting yet another dry roof on fire filled the air as if on a day of reckoning. Jurie van Rooy (aka Oom Woeka) had just returned from a shopping trip in Cape Town to see his store go up in flames.

I join him in the back of the shop that was allocated to him after the rebuilding. He tells me all that was left of his shop was a heap of burnt coins. He soaked them in kalk (lime) and washed away the memory and grime of the fire. “There was R1,000 worth of coins,” he says. “I drove to Clanwilliam and bought sweets and packets of chips to sell and started again from scratch.”

And you can’t but praise his Phoenix enthusiasm, rising from the ashes of Wupperthal. A born-and-bred local, he left the village in his twenties, like many young uns, and went to seek his fortune in the big city of Cape Town. Eleven years later he’d had enough and returned home, working in the shoe factory and then the glove factory until it closed down, and raising pigs until a tier (a “tiger”, referring to a leopard) started to prey on his animals. He then opened a small shop from his home and slowly grew the business. A stalwart of the community, he is looking forward to the day when the residents can leave the temporary housing they have been living in and move back to their original homes, and the eensaamheid (togetherness) of the village can be re-established.

I can distinctly recall that feeling, even as a visitor, as I walked down the narrow lane in the late afternoon with the whitewashed houses on one side and the verdant patches of the agricultural plots on the other. People sat on their stoeps, soaking up the golden afternoon, music from radios wafted on the breeze and life seemed to float in the calm air of the slow life, scented by an enchantment of old.

But, give it a wee bit more time, Wupperthal is rising from the ashes and will soon be able to offer a fascinating day trip and adventure into the past once again from Clanwilliam and the Pakhuis Pass, just after where the Engelsman se graf and the gnarled tree mark the spot and where the tar turns to gravel.

Before I say my farewells to Oom Woeka, I ask about his unusual nickname and he explains that his sister coined it when, as a young child, she was unable to say “Boeta” (Brother). The name Woeka stuck and was adopted by the community.

Leaving the shop, I wave goodbye to Florida and in parting we wish each other “Mooi bly” (Stay well/beautiful), those Afrikaans words I love so much, and I leave with a warm heart and a smile that plays gently on my lips. Oom Woeka poses for a photograph and promises me breakfast next time round. I pay a quick visit to the old church, walk through the graveyard where several of the early missionaries are buried, and visit the rooibos factory where I buy a few boxes of Wupperthal rooibos tea, adorned with every organic, Fairtrade emblem imaginable.

As I brace myself to negotiate the steep mountain road in my small car, I remember how much pride the Wupperthal residents had in their village and how a few lines of DJ Opperman’s poem were shortened, translated and recounted to me on my last visit: “On the day when it was time to do some sowing, God’s bag was leaking. The best of the seed fell on to Wupperthal.”

I drive out of the Wupperthal valley and the small Western Cape Shangri-La into the generous arms of the mountains and back into the world as I know it. DM/ML