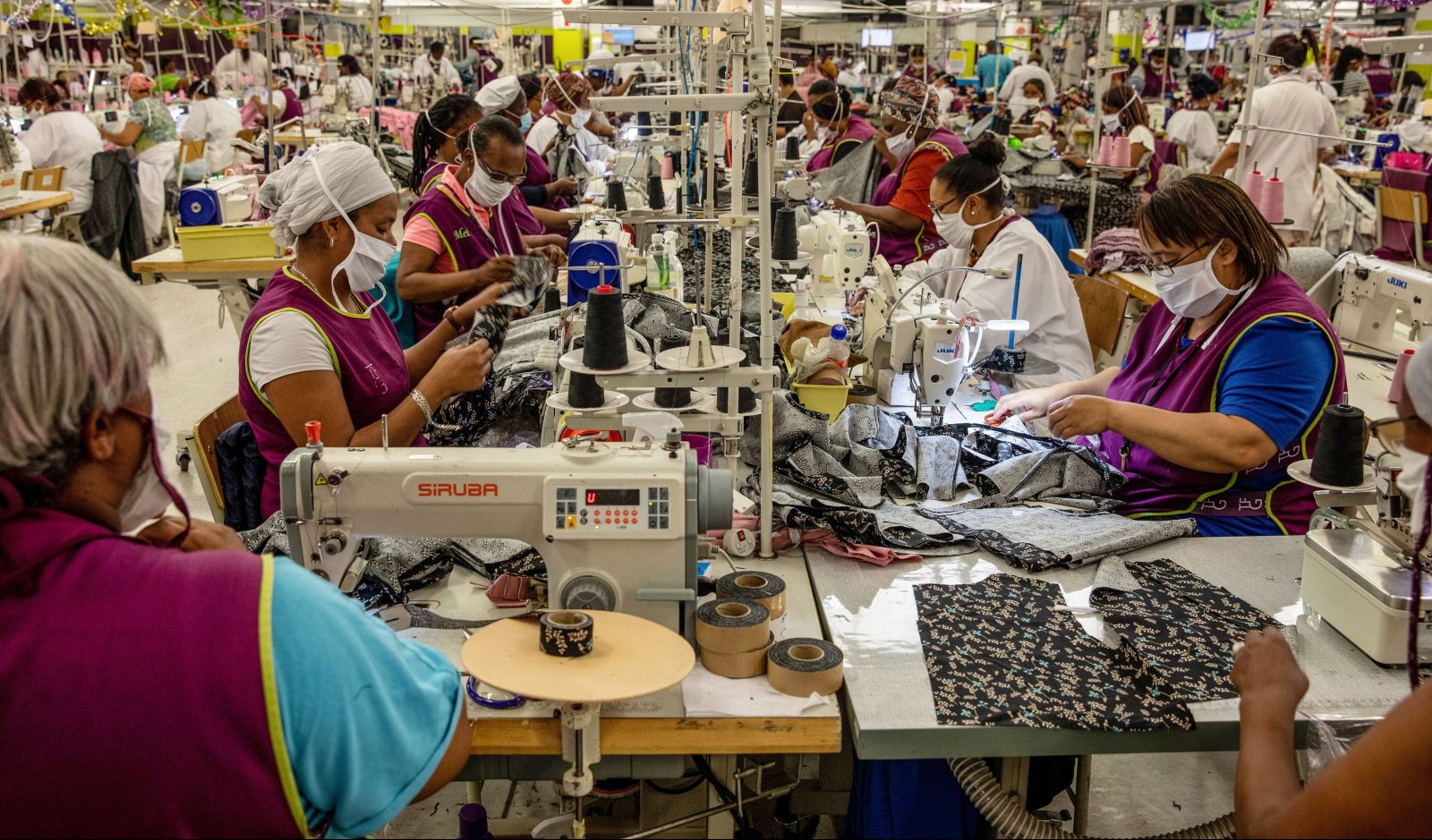 The Foschini Group is on the up - by bringing production back to South Africa from the likes of China, Bangladesh and Myanmar.

Talk about a tipping point. Between 2014 and 2018, clothing retailer and manufacturer The Foschini Group (TFG) produced 5 million garments in South Africa annually. In 2018, this number began to rise and, by 2021, the group produced 15.4 million garments locally.

To achieve this, the company, which owns brands such as Foschini, Sportscene, The Fix, Exact, Markham and Phase Eight in the UK, will deploy part of this year’s R2.1-billion capex budget into the development of another 10 manufacturing units, with another 10 planned for each of the next two years.

By bringing home production from the likes of China, Bangladesh and Myanmar – or any of the world’s sweatshops – TFG will see employment within its owned facilities and strategic non-owned partners grow from 5,200 in 2021 to 11,200 by March 2025.

The investment in, and development of, this “rapid response” local manufacturing capacity has also reaped the company financial rewards.

For the year to March 2022, total revenue grew 29.7% to R46.2-billion and gross margin increased to 48.5%. This was in no small measure due the increasingly efficient localised, quick response supply chain supporting TFG Africa. Locally and regionally sourced products now contribute 72% of apparel purchases in TFG Africa on an increasingly quick response basis, leading to increased stock turns and improved stock newness. Improved margins supported headline earnings, which rose 442% to R3.3-billion.

Supporting these results were impressive market share gains across all territories, with the group achieving 27% growth in men’s and ladieswear in South Africa against average growth for the segment of 5.9%, 57.3% vs 12.7% in the UK and 24% for TFG Australia versus the market average of 12.2% growth.

“By producing locally, using its ‘quick response methodology’ TFG can react to the fads and foibles of the fashion industry, ramping up supply of a popular garment and tapering down production of a less popular item within days,” says Chris Gilmour, a retail analyst who has followed the group for two decades. “This attracts customers and leads to lower markdowns and wastage.”

The story of the clothing retailer and its acquisition of Prestige Clothing is a remarkable success story that speaks volumes about the vision of TFG’s management – both past and present, and the power of a few passionate people to turn around a sunset industry.

“South Africa’s clothing industry was dying and no one was doing anything about it – not the retailers, not the manufacturers, and not the government,” says Graham Choice, who founded Prestige in 1989 and is now MD of the TFG Merchandise Supply Chain.

“It was about 2004 and there was this nerdy academic from the auto industry talking about supply chains and ‘clustering’ and how we could reduce our production time from 180 days.” That man was Justin Barnes, chairman of B&M Analysts and executive director at Toyota Wessels Institute for Manufacturing Studies, based in Durban.

Arguably the pair are directly responsible for reinvigorating SA’s garment industry. “I chose speed as my weapon against China – that became my core competence,” recalls Choice.

But they could not have done it without TFG, which was already a long-standing customer when in 2014 then CEO Doug Murray made an offer to buy Prestige.

Choice agreed. But it took trial, error and effort over the next four years to get the retail and the manufacturing businesses to integrate and align, and for everyone to sing off the same hymn sheet. But when they did, the results were electric.

“Exact was the first brand to throw in their lot with us. Instead of ordering in February, they were able to order in July for September and respond quickly to customer demand – that summer was their best ever,” says Choice.

Since 2018, TFG has steadily increased its local production, all the while improving its processes and shortening its production time – first from 56 days to 28, and then from 28 to 14 days – from order to delivery. At the same time, it was partnering with small manufacturers, introducing the concept of lean manufacturing to them and bringing them into the TFG supply chain and reigniting local capacity.

Then in 2020, in the depths of the Covid-induced recession, TFG’s management gave Choice the go-ahead and the budget to significantly expand TFG’s manufacturing capability.

At this time, the last of SA’s clothing manufacturing industry was falling off a cliff. In April 2021, TFG acquired the ex-Seardel companies of Monviso, Bibette and Bonwit to create Prestige (Epping). This business unit produces TFG’s formalwear for men and women. Additionally, Prestige took on 200 employees from the House of Monatic and assimilated them into the Epping unit. “Otherwise, this highly skilled capability would have been lost to the SA clothing industry,” he says.

In the same year, Prestige (Durban) was launched after TFG acquired clothing company TCI Mobeni from the SA Clothing and Textile Workers’ Union. Together with TFG’s newly acquired assets from Playtex, this factory is the intimate wear and active sportswear manufacturing hub for the group.

These hubs are in addition to established hubs in Caledon and Maitland. But it’s arguably the group’s fifth hub that is the most interesting. This is the Prestige Johannesburg facility, which operates from a factory belonging to Bidvest in Hillbrow. “We have been engaging with St Vincent School for the Deaf since 2019. The school has talented learners but on graduating or leaving school are unable to find jobs,” says Choice.

TFG worked with the Fibre Processing and Manufacturing Seta to provide the necessary training with the result that it now has 125 of these youngsters making T-shirts for Exact.

The beauty about the garment industry is that it can employ people with limited skills – which means its factories do not need to be situated in high-tech hubs.

“The plants that we are planning will be built in areas of high unemployment; others will be deeply rural and at least two will be located specifically near safe houses for victims of domestic abuse and violence.”

Of course, a production ramp up of this scale requires skills. With this in mind, Prestige established a learnership programme to develop competencies in manufacturing and production.

It seems that by developing local manufacturing as a core competency, TFG has an inbuilt strategic advantage that will be hard for local competitors to beat.

The beauty is that, in this case, everyone’s a winner. DM168