E.T. the Extra-Terrestrial at 40 – a meditation on loneliness, and Spielberg’s most exhilarating film 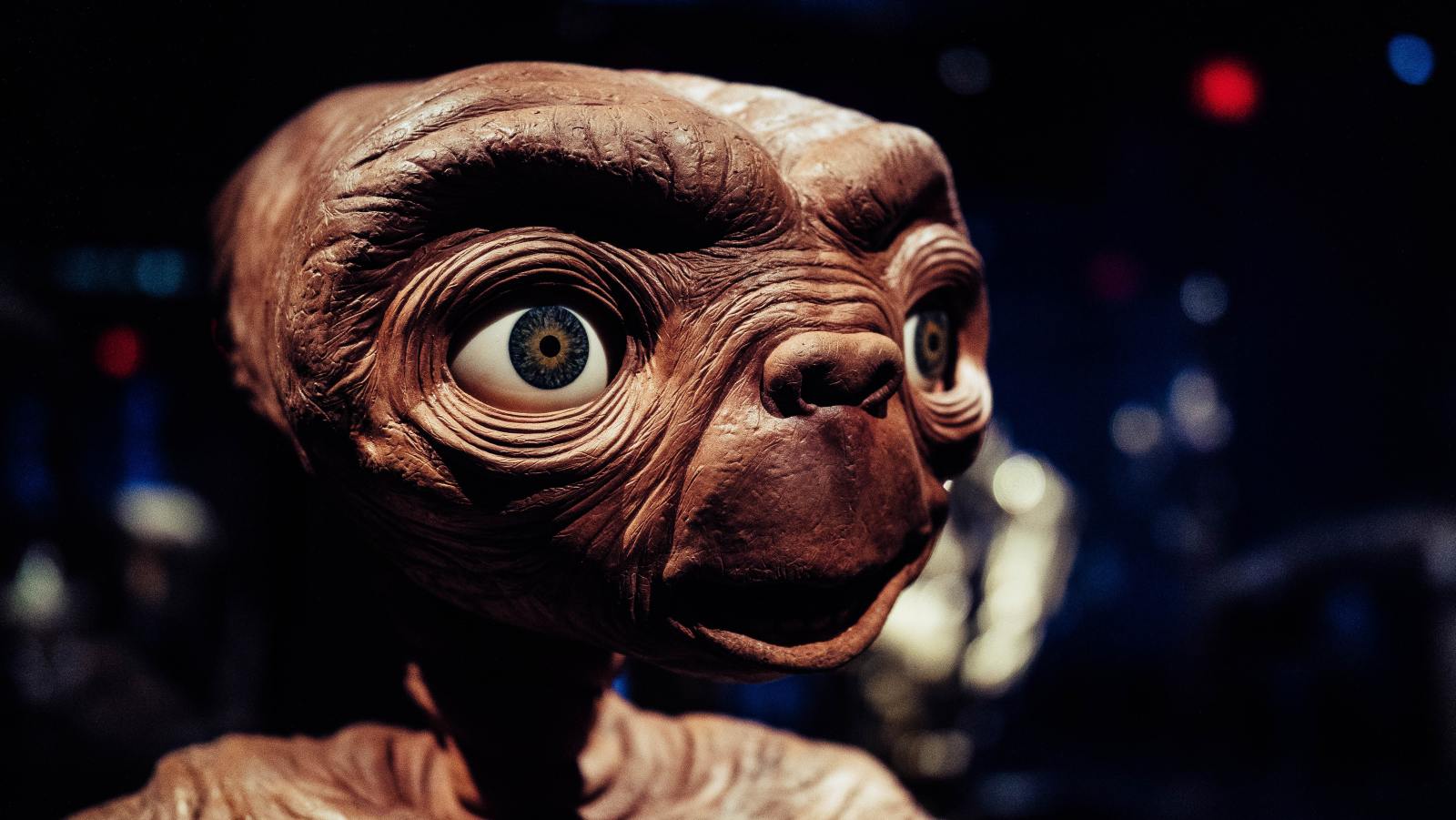 E.T. is a movie with a heart. The special effects are minimal. What counts is the story, and the boy and his friend at its centre.

Forty years ago this month saw the release of Steven Spielberg’s E.T. the Extra-Terrestrial – a film about a stranded alien, the boy called Elliott who discovers it and a bond of friendship that remains as magical and heartbreaking as it did back in 1982.

We think of Spielberg movies today as thrilling roller coaster rides, full of sharks, dinosaurs and swashbuckling archaeologists. Yet for me, E.T. remains Spielberg’s most exhilarating work: a deep meditation on loneliness, friendship and growing up in small-town America.

Aided by John Williams’s Oscar-winning score and Henry Thomas and Drew Barrymore’s touching performances, E.T. feels both of its time and for all time. As Spielberg once said:

A child in need of a friend

After the breathless trio of Jaws (1975), Close Encounters of the Third Kind (1977) and Raiders of the Lost Ark (1981), Spielberg wanted to make a more intimate film about his isolated childhood in suburban Arizona as he came to terms with the divorce of his parents.

At the same time, he had commissioned a script about a suburban family terrorised by a group of aliens with one befriending the family’s son. The DNA of both stories would make their way into this film.

Like Spielberg, Elliott is a loner. He’s not playing sport, or going out with girls or getting into trouble. He is introverted and thoughtful. And in need of company.

One of Spielberg’s great underrated talents is his direction of children. Many of his films feature young children at their centre – think The BFG (2016), A.I. (2001) and War Horse (2011).

In E.T., Henry Thomas and Drew Barrymore as brother and sister Elliott and Gertie bring credibility and pathos to their roles, fitting seamlessly into the southern Californian ‘burb culture recreated so fondly by the director.

Spielberg’s grasp of childlike wonder is everywhere: notice how he shoots from the children’s eye level and shows adults only from the waist down.

For the first time in his career, Spielberg rejected storyboards and shot scenes chronologically, allowing Thomas and Barrymore time and space to improvise. The domestic and school scenes (hiding E.T. from the mother, tempting it into the house with Reese’s Pieces, freeing frogs destined for dissection) all feel more real because of this.

And what of our alien?

Before E.T., Hollywood saw aliens as hostile critters intent on planetary carnage. The recent extra-terrestrials in Alien (1979) and The Thing (1982) had caused havoc and trauma.

E.T. is different: partly modelled on the facial features of Albert Einstein, it is inquisitive, thoughtful, funny. In the delightful Halloween scene, Elliott throws a white sheet over it as a disguise, and E.T. suddenly spots a child dressed up as Yoda, excitedly repeating “Home! Home!”.

From this moment, Hollywood realised the marketing potential of “cute aliens”; whether Ewoks, Grogu or Toy Story’s “Little Green Men”. It is small wonder that Variety praised E.T. as the “best Disney film Disney never made”.

The alien plays another role too: it fills the void of the absent father.

Paternal lack and the strains it places on families is a familiar trope in Spielberg’s films, from Jurassic Park (1993) to Catch Me If You Can (2002) to Indiana Jones and the Last Crusade (1989).

All we know is that Elliott’s father is “in Mexico, with Sally”: left behind is a stressed mother and bickering siblings.

Some contend that E.T. is a modern-day fairy tale or a Christian parable. For others, it is an illustration of “Reaganite entertainment”, upholding the sanctity of the nuclear family but distrustful of bureaucratic interference and governmental surveillance.

Spielberg at his best

E.T. earned US$800-million at the box office. Adjusted for inflation, four decades on, that is still the fourth-highest-grossing movie ever.

For some naysayers, its success was further evidence of the special effects-laden, high-concept spectacle film that was beginning to reign in mainstream film culture. But I think E.T. is much more than that: it is a movie with a heart. The special effects are minimal. What counts is the story, and the boy and his friend.

Spielberg’s films are to this day criticised as mawkish and overly sentimental, deliberately engineered to cynically manipulate our emotions. Not so in E.T.: the pleasure is genuine and the tears are earned.

E.T. became a pop culture phenomenon. The shot of Elliott and E.T. on a bike, flying across the moon, remains an iconic image. “Phone home” has become part of our lexicon. Its message of peaceful coexistence between creatures from different worlds today seems more appropriate than ever.

Aliens stranded on earth are a staple of contemporary cinema, from Under the Skin (2013) to The Iron Giant (1999). And Netflix’s current global hit Stranger Things contains a treasure trove of E.T.’s visual references.

Spielberg may have made bigger, louder films, and more historically profound ones, but E.T. endures as his best. DM/ML

Ben McCann is an Associate Professor of French Studies at the University of Adelaide.