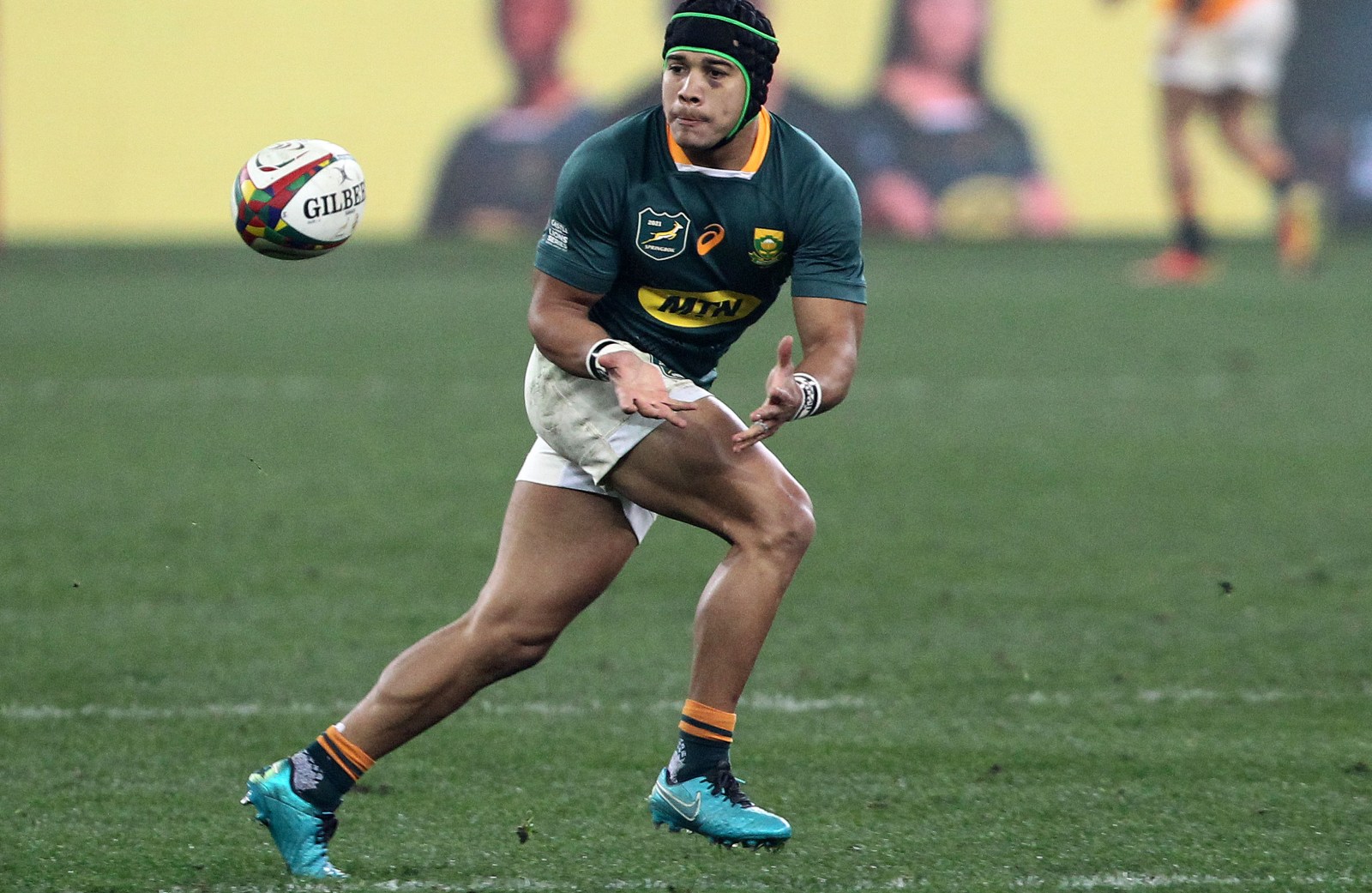 The Springbok squad for the series against Wales will be the foundation for the World Cup defence in 2023.

Rassie Erasmus and Jacques Nienaber have highlighted the importance of balance in selection since joining the Springbok coaching setup.

Over the past four years, they’ve explained how results, transformation and player development have influenced their decision-making and planning.

This process has yielded Rugby Championship and World Cup titles, as well as a series victory against the British & Irish Lions. Not content with these accolades, the coaches and senior players have spoken of building a dynasty and defending the World Cup title at the 2023 tournament in France.

This week Nienaber announced a 43-man squad for the three-Test series against Wales in July. Addressing the media, the Bok coach confirmed the squad was preparing for the 2022 season and the 2023 World Cup.

Mapping the road to the World Cup

The Boks play 13 Tests in 2022. Three midweek fixtures — featuring a South Africa A side — will be staged in conjunction with the senior side’s tour to Europe in November.

In 2023, the Boks will play three Tests in a truncated Rugby Championship, and possibly two friendlies, before turning their attention to the World Cup. Nienaber has 18 Tests and three midweek matches to finalise his 32-man World Cup squad.

Some critics and fans have railed against what they perceive to be a conservative approach to selection. Some media demand to know why Nienaber intends to select his strongest available side against a weakened Wales team this July.

The Bok coaches, said Nienaber, were determined to tick boxes of performance and development over a longer timeline. Also, there are first-choice players returning from long-term injuries, and second-choice players who require an extended run.

If the Boks win the first two Tests against Wales — and take an unassailable lead in the series — Nienaber may back his second-stringers for the third fixture.

If the Boks beat the All Blacks in the double-header this August and carry that momentum through to subsequent matches in Australia, Nienaber may rotate the team for one of the final Rugby Championship matches against Argentina.

Regardless of results, Nienaber plans to pick fringe players for the SA A side in November.

“When you represent the Boks, you represent your country and you represent a brand that has been around for more than 100 years. You go out there to win on every occasion. That is not the platform to develop.

“If a few results go our way over the course of the season, we may be in a position to give [fringe] players more exposure to Test rugby. Injuries [to top players] may also create opportunities.

“The three SA A games on the end-of-year tour will be about development. Right now, we have a good idea who will play in the Tests and who is more likely to play for SA A.

“However, if there are a couple of injuries in a certain position, then the player who is down to play for the SA A side in November may be promoted to the starting side against Wales this July.

“That is why we’ve brought a large group of 43 players together ahead of the Test season. We are not just planning for the Wales series, but for the whole season.”

Balance of youth and experience

In 2021, 52 players were brought into the national squad, with 48 getting game time. Six players made Test debuts, while a number of fringe players got opportunities when top players were unavailable due to injuries.

Leicester Tigers No 8 Jasper Wiese was a surprise, picked on the back of his performances in the English Premiership. After Duane Vermeulen suffered an injury, Wiese was backed to start for the Boks against the Lions. He finished the season with 11 caps.

Nienaber’s current squad boasts a healthy balance between established stars and untried youngsters. Eight uncapped players have been included, but they may not enjoy much game time. Other players in the pecking order have been waiting for an opportunity for some time. Aphelele Fassi, Jaden Hendrikse, Joseph Dweba and Marvin Orie were on the fringes of the matchday squad in 2021 and have fewer than five caps apiece.

There is a clutch of older players in the current squad who have earned fewer than five caps over the past three years — Marcell Coetzee, Rynhardt Elstadt, André Esterhuizen and Warrick Gelant. Vincent Koch and Thomas du Toit would walk into most international lineups, but also have started fewer than five Tests during this period.

It wouldn’t surprise to see the aforementioned players featuring in Nienaber’s “B” team, possibly in the third Test against Wales. The second-string side should include plenty of players who have won trophies. Many uncapped players in the extended squad will be phased in via the SA A side.

There will be changes to the “A” team that battled England at Twickenham last November. Pieter-Steph du Toit and Cheslin Kolbe missed the bulk of the 2021 season due to serious injuries.

Two more World Cup winners — scrumhalf Faf de Klerk and tighthead Frans Malherbe — have been absent since the Rugby Championship. Reintegrating these key players will be a priority.

As Nienaber has suggested, injuries may mean a change of plan and the fast-tracking of less experienced players. Vermeulen has been ruled out of the series against Wales and, as was the case in the 2021 Lions series, Wiese may be asked to fill the void at No 8.

If Wiese breaks down, Nienaber will have to back one of the youngsters in the squad.

Given the high attrition rate of the Test game, it’s likely that Elrigh Louw or Evan Roos — or possibly both — will have made their Test debut before the 2022 season has concluded. DM