Biden signals US can avert recession but Americans are...

Biden signals US can avert recession but Americans are ‘really down’ 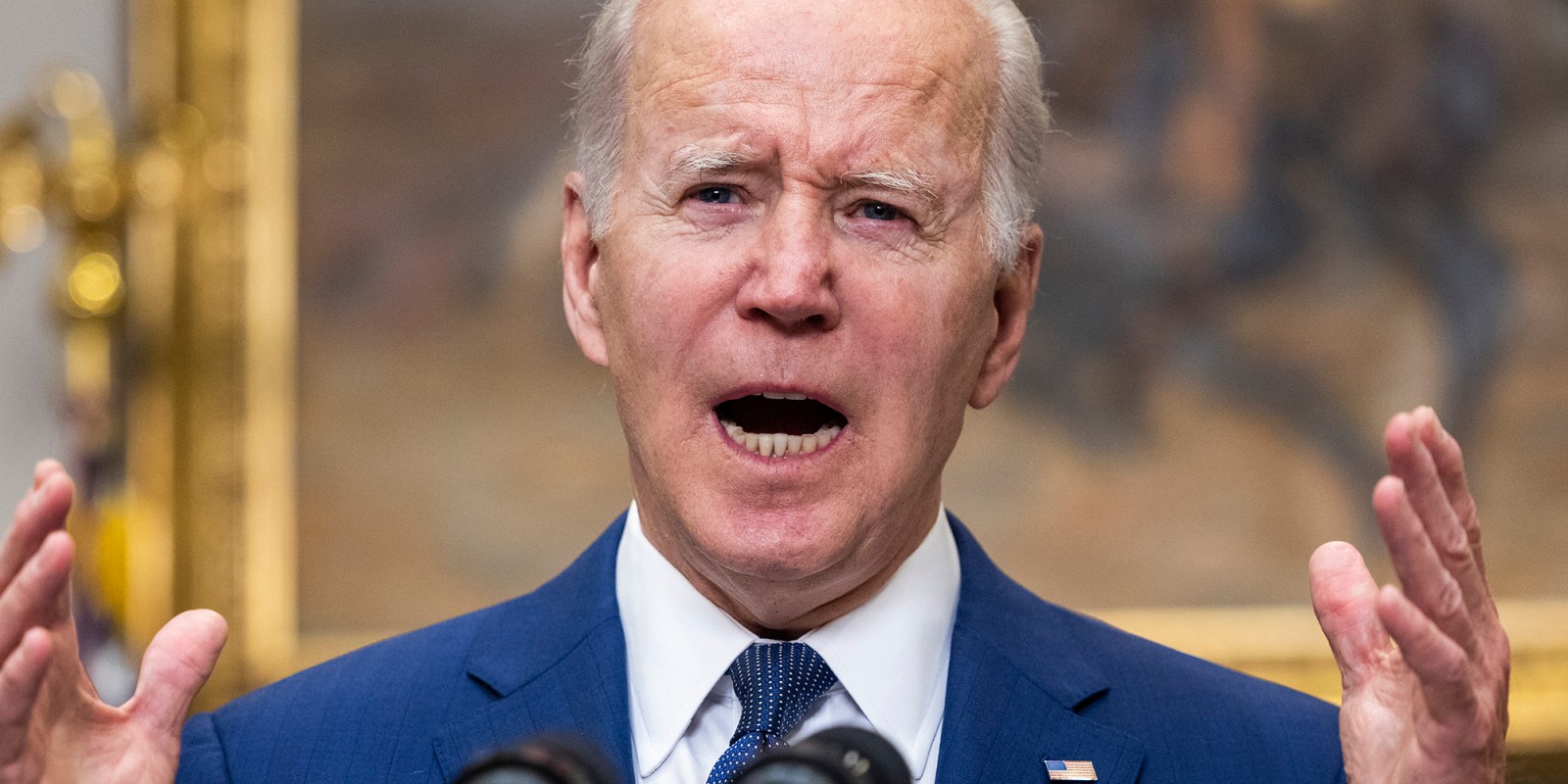 Biden's administration is trying to curb inflation running at 40-year highs in the US and across much of the developed world, imperilling Democrats’ chances of holding Congress and his odds of winning re-election if he seeks a second term.

President Joe Biden said a US recession isn’t inevitable and acknowledged that aides warned him about the inflationary risk of his flagship relief bill, while insisting that he won’t soften his stance on Russia even if it costs him re-election.

The comments, made in an interview with the Associated Press, shed new light on Biden’s moves to curb inflation running at 40-year highs in the US and across much of the developed world, imperiling Democrats’ chances of holding Congress and his odds of winning re-election if he seeks a second term.

He said he was told by Treasury Secretary Janet Yellen and others that his Covid aid package, passed 15 months ago, could have a marginal impact on inflation, adding that he doesn’t think it did. Biden has frequently said that the alternative to the relief plan was a deeper economic derailment and a more sluggish recovery.

The White House declined to expand on his comments.

The AP interview was Biden’s first with a print outlet since taking office, and it took place a day after the Federal Reserve executed its biggest interest-rate hike in almost three decades in a bid to tamp down ballooning prices. Concerns over inflation and an aggressive response by the central bank have fanned fear of recession and soured Americans’ opinions of the economy and the president — despite a strong labor market.

Biden reiterated his message that the US was “in a stronger position than any nation in the world to overcome this inflation,” and also said a US recession is “not inevitable.” At the same time, he acknowledged that Americans are “really, really down” on the state of the country.

“The need for mental health in America, it has skyrocketed, because people have seen everything upset – everything they’ve counted on upset,” he said. “But most of it’s the consequence of what’s happened, what happened as a consequence of the Covid crisis.”

“This is not going to be cost-free, but we had — the option of doing nothing was worse,” Biden said, while separately noting that his sanctions campaign against Russia and soaring fuel costs could bring a political cost. “I’m the president of the United States. It’s not about my political survival. It’s about what’s best for the country. No kidding.”

He said he advises young people considering jumping into politics to ask a question: “Have you figured out what’s worth losing over?” He said that a weak American response to Vladimir Putin’s invasion of Ukraine could have triggered further incursions into Europe, or heightened Chinese aggression toward Taiwan or new rounds of North Korean missile tests.

Investors are among those concerned about the economic outlook, with the S&P 500 stock index this week tumbling into a bear market. Also this week, average mortgage rates climbed close to 6%, the highest since 2008 and almost double where they were at the start of the year. Biden argued that America’s robust rebound, which includes a strong labor market, positions it to weather the storm.

Read more: Janet Yellen Is Getting Trapped in the Blame Game Over Inflation

“I am confident we’re better positioned than any country in the world to own the second quarter of the 21st century,” Biden told the AP. “That’s not hyperbole, that’s a fact.”

The White House has intensified its economic messaging efforts in recent days, with administration officials appearing more frequently on television and the president holding a series of events on White House efforts to combat inflation. Biden has placed particular emphasis on tackling high gasoline prices – which now average more than $5 per gallon nationwide – issuing a letter critical of oil refiners earlier this week and announcing plans to visit Saudi Arabia next month. BM