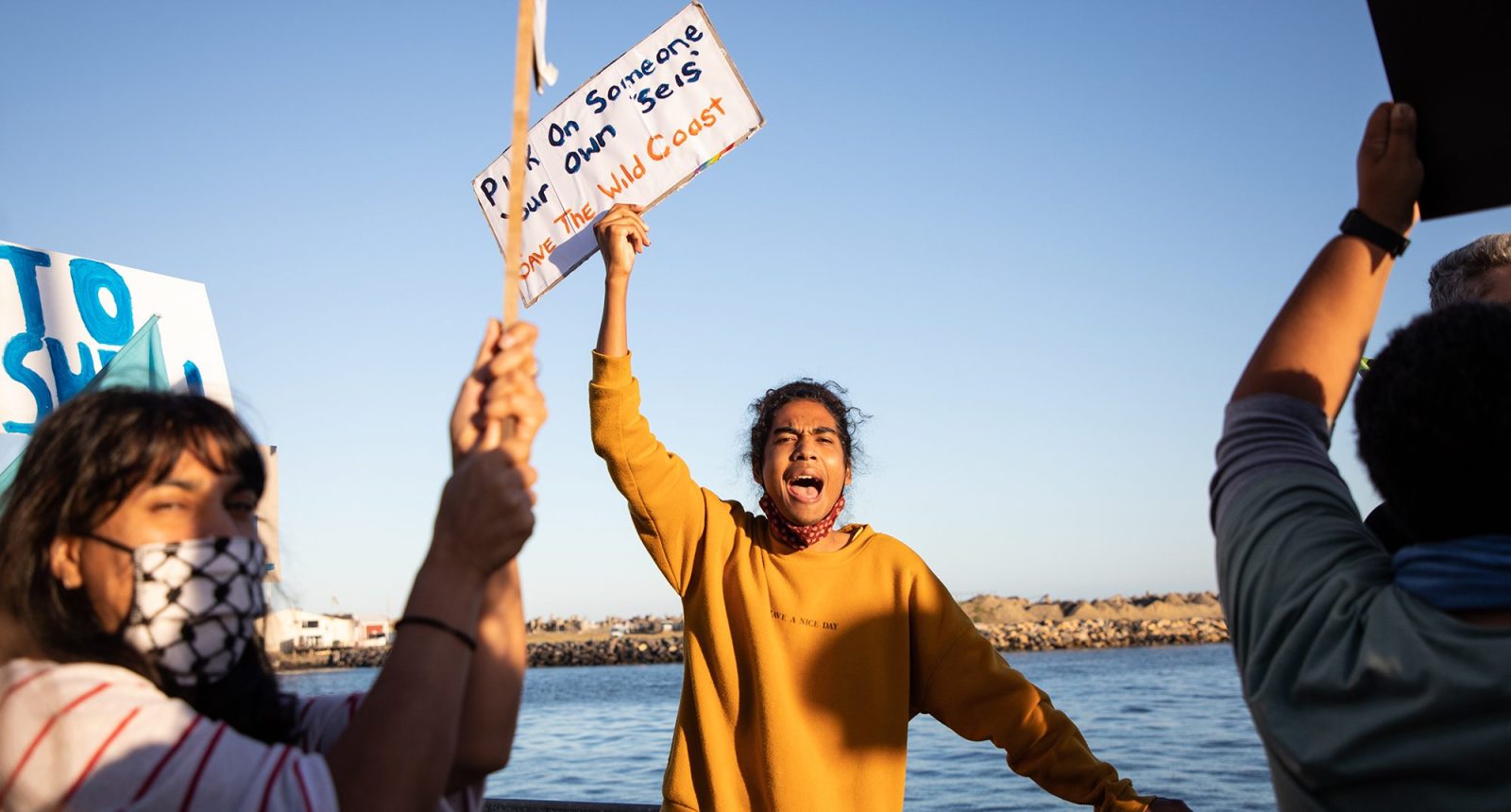 The youth have been at the forefront of calling for intersectional environmental justice from leaders who have pushed them aside as though they were not participants of the youth-led 1976 Soweto Uprisings. Despite this, the environmental youth movement still looks to the then leaders for much guidance on how to fight for systematic climatic change.

A barrel of a gun and a barrel of oil; these two objects are symbolic of what the youth of 1976 were, and the youth of today are, fighting against in their quest for liberation – albeit under different circumstances. The gun, a symbol of the holistic violence of the apartheid regime and the barrel of oil a metaphor for the environmental crimes by nations and corporations that have caused and exacerbated the climate crisis.

The youth of 1976 took to the streets in protest against the Bantu education system that made English and Afrikaans the only languages of instruction across all schools, while also rejecting the violent apartheid regime.

Almost solely youth-led, the movement was so powerful, and faced such violence that it not only changed the sociopolitical landscape of South Africa at the time, but also exposed the government of the time to an international audience, who expressed their aversion to the then state.

Today, the youth-led environmental movement, elevated by Greta Thunberg of Sweden (who is now a young woman), has made its way to the hearts and minds of South African youth.

They protest, call for intersectional transformation, stage demonstrations that highlight the effects of the climate crisis and demand from our current leaders effective change that will alter the course of what is proving to be a bleak environmental state. While many young lives were lost during the Soweto Uprisings, the fighting spirit of the youth lives through many environmental activists who, like the class of 1976, are demanding systematic change.

For Ayakha Melithafa, Pan-African environmental activist and Presidential Climate Commission youth commissioner, the Soweto Uprising movement provides a point of reference and empowers the environmental movement in the country.

“We know that young people are powerful because we’ve seen it in the past and we’ve seen how powerful youth movements can be because of the change that was brought about by the 1976 Soweto uprising.

“So we always use that as a point to strengthen us when we feel like they (leaders) aren’t listening, or they’re using us as tokens. We always go back to the youth of 1976 to remind us; what we’re doing is bigger than ourselves, to also remind us that historically in South Africa, changes have always been brought about by young people,” Melithafa told Daily Maverick.

A lot of the environmental change that the youth are able to demand today has been because of the struggles that the classes of 1976 and beyond went through. The legislations that stand today around the right to a clean, safe and healthy environment are due to the hard-fought efforts and bravery of the leaders who stand in parliament today.

“Without the youth of ’76, we wouldn’t have the abilities now as a society to continue the work for justice and so we really stand on the shoulders of giants; that saying could not be truer for the youth of ’76 who brought about these material changes to society,” Sarah Robyn Farrell, coordinator at the African Climate Alliance told Daily Maverick.

And yet, those who were once giants are now political leaders in government who have pushed aside the demands by the youth for a better tomorrow within a healthy ecosystem and planet.

“Our leaders and officials stood with or were a part of the ’76 riots. They fought for their system to change and for justice and change in their day. Why is it that they refuse to see that the same thing is happening here? We are calling for our system to change, for justice and change; the only difference is that they are now the ones standing in the way or rather refusing to hear the call for change,” Gabriel Klaasen, intersectional climate activist and communications officer at Project 90 by 2030 shared with Daily Maverick.

While the similarities between the two movements are clear as the Soweto uprisings laid the foundation for the intersectional fight against the climate crisis that the youth of today are facing, there are some differences. For Melithafa, the use of social media has been a powerful tool to mobilise youth and to disseminate information about the climate crisis. A key difference however, has been who the fight is against.

“Climate change is a moving target, it’s unprecedented,” Courtney Morgan, campaigner at the African Climate Reality Project, told Daily Maverick. “The youth of ’76 had the apartheid government and Bantu education as a target and it was very tangible… It was something you could oppose physically; we don’t have that. We have policies and lack of political will and all these intangible and almost abstract issues that we are dealing with, especially within the context of climate change,” said Morgan.

At the core of both struggles stands a simple call made complicated by the governments of then and now: justice! “In both movements, youth were taking charge of their future and acting as agents of change; fighting the government, fighting for the environment, fighting for human rights, calling for change!” Xoli Fuyani, environmental education coordinator, told Daily Maverick.

“There are a lot of things that the youth want, but I think that the one word that can describe it is ‘justice’ – socio-environmental justice! We want to have a future that is protected and for leaders to prioritise our current circumstances as well as what is to come. They need to realise that we are not going to thrive unless they move and shift with the times,” socioenvironmental activist Mitchelle Mhaka told Daily Maverick. DM/OBP