The Chamber of Thoughts: A Youth Day exhibition capturi...

The Chamber of Thoughts: A Youth Day exhibition capturing the reflections of young artists 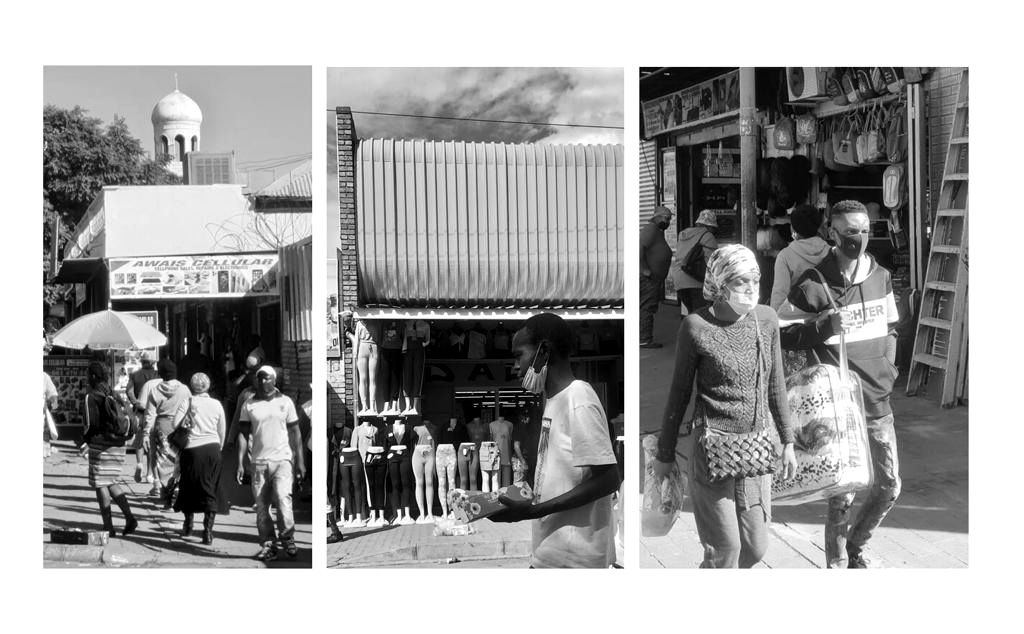 'A new walk', captured by photographer Aamena Vally (21). Vally's photographs will be displayed at a Youth Day exhibition forming part of the Youth Day Parade to the Union Buildings in Pretoria on 16 June 2022. (Image: Supplied/Sumaiyah Ally Kotty)

As part of the Youth Day Parade on Thursday, 16 June, Sumaiyah Ally Kotty and Mariam Bawa of Studio Sketch have curated an exhibition featuring art, poetry and photography produced by young people. The exhibition, organised in collaboration with the Ahmed Kathrada Foundation, is a space for young people to reflect on the current and future state of South Africa.

“Art acts as a platform for youth to express their voices. Young people are able to use this as a tool to showcase their skill, while expressing how they feel about the world.”

These are the words of Sumaiyah Ally Kotty, co-founder of Studio Sketch, a Joburg-based art and architecture studio. Both she and fellow founding member, Mariam Bawa, received their Bachelor of Architecture in 2020. They are now completing their Honours at Wits University.

Bawa and Kotty, in collaboration with the Ahmed Kathrada Foundation (AKF), have curated an art exhibition – The Chamber Of Thoughts – that will form part of the Youth Day Parade in Pretoria on 16 June. The parade, organised by AKF’s youth activism programme and its partners, is an opportunity for young people to weigh in on the key issues affecting them.

“In relation to the youth parade, our planned exhibition brings awareness to the importance of youth and their role in our country. It draws back to Youth Day and how youth stood up and voiced their rights,” said Kotty.

“This day resembles the power the youth holds, and power can be expressed not only in a form of protest but also in a form of emotion and art.”

Youth have greater courage to address issues and tend to be more hopeful, continued Kotty, providing enthusiasm in a world that silences too many voices.

A poster was put out on social media in the lead-up to Youth Day, inviting young people to contribute to the exhibition. The aim of the initiative was to compile a series of works that related to the personal reflections of young people on the current state of South Africa, as well as their ability to imagine a better future for the country.

Some of the contributors were students of Bawa and Kotty. The pair provide art classes for youngsters in their suburb of Lenasia, Johannesburg, on Saturdays. Their students range in age from seven to 16.

The exhibition holds a range of mediums, including art, photography, poetry and music.

Pretoria-based photographer Aamena Vally, 21, contributed a series of images for the exhibition, capturing the power of a generation.

“Over the past two years, we’ve experienced the power of our generation, with the Gen Z generation arguably one of the most woke generations since 1960,” she said.

“Each an outspoken advocate [against] social injustice, racism, inequality, poverty and climate change. These issues are the topics of my photography and causes I believe we as a generation need to push and demand to see changed.”

The works of Cape Town-based photographer, Imaan Brey, 16, capture one of the challenges that faces the youth: addiction.

The photo series is about drug addiction and the negative impacts that come with being completely reliant on illegal substances.

“I feel that those who are addicted to drugs create an unsafe loop, which causes those around them to become involved in taking drugs too,” said Brey.

Through the medium of poetry, Kotty spoke about the safety of women, and the failure of government to protect them.

Within the piece, The South African Woman, repetition has been used to evoke the urgency needed to address the country’s gender-based violence and femicide problem.

And my kind is depleting.

We are born in numbers,

And killed for gratification.

WE are courageous and braver than brave

But found within shallow graves.

We are mothers, daughters and sisters

We are south african woman.

And we are depleting

No man, no gun, can protect us

Nor does a woman feel protected.

Its a plague it’s a war, it’s a battlefield

Beaten, to the core.

Do we rise? Do we leave?

BUT in this land the south african woman lived no more.

In a collaborative effort, Bawa and Kotty’s art students produced a timeline of South Africa’s history. From left to right, it shows apartheid, post-apartheid, the present day and the future.

“Each student had written and drawn what they felt about South Africa across all timelines,” stated the description of the piece.

“The beauty of the artwork is that it’s done with thumbprints that signify their direct link to the country and its future.”

Tasneem Haffejee, 16, also produced a piece in her individual capacity. The piece symbolises the fact that the future of South Africa is left in the hands of the youth.

A Namibian architect, Kerishne Smith, 23, produced an artwork for the exhibition that “illustrates the cluster of the strategic thought process required going forward”.

Speaking on the value of the exhibition, Bawa said, “I think it… gives a platform to the youth to speak. And it’s through the medium of art, whether it be poetry, whether it be music. It’s a form of expression.” DM/MC