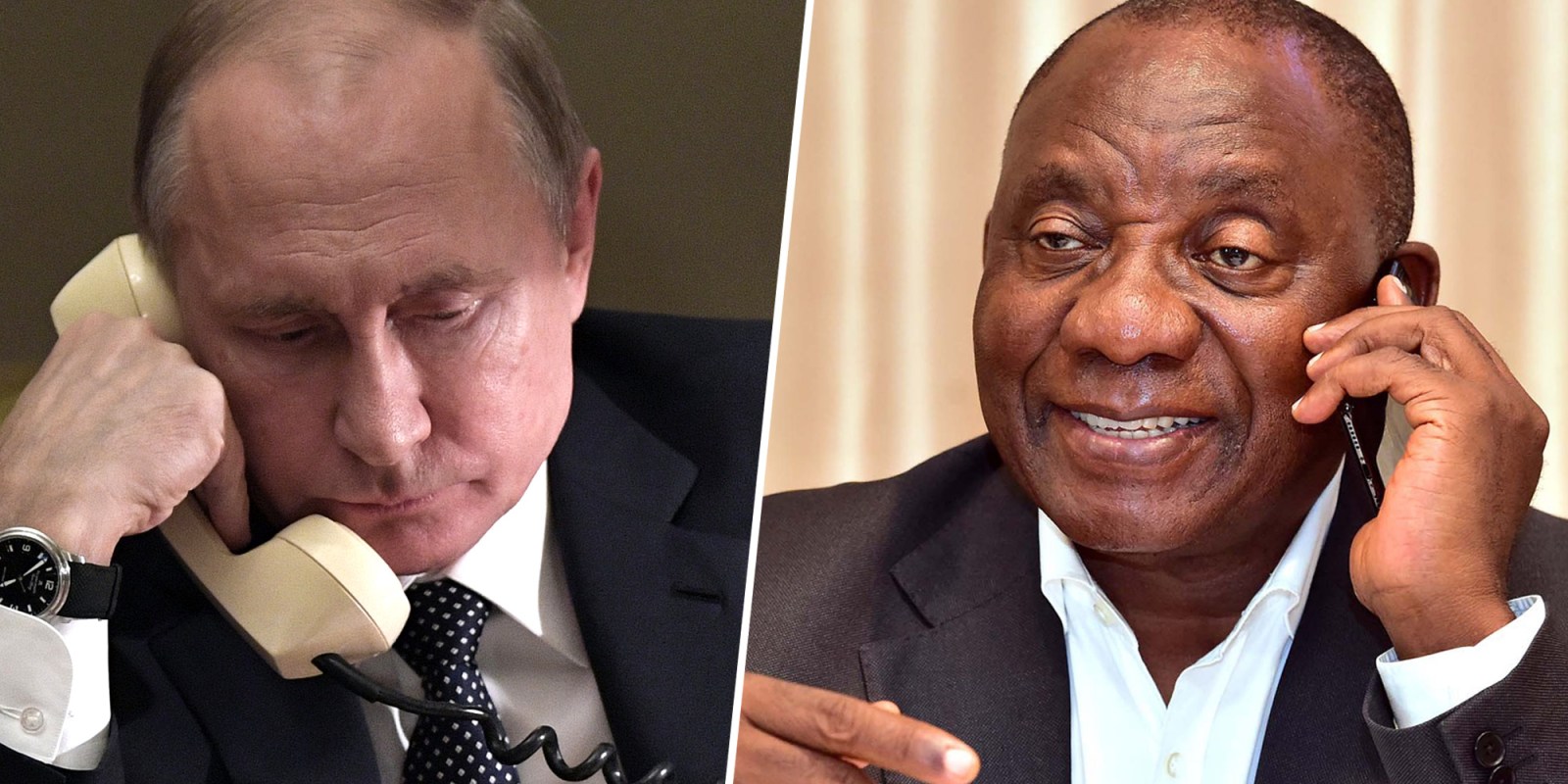 President Cyril Ramaphosa had a phone call with Russian President Vladimir Putin on Wednesday, during which they discussed possible deliveries of Russian agricultural products and fertilisers to Africa, including South Africa.

“The presidents expressed satisfaction with the current level of the two countries’ strategic partnership and stressed the shared intention to expand mutually beneficial cooperation, above all in trade, the economy, and investment,” a Kremlin press release said.

“They also discussed in detail issues of food security, including the supply of Russian agricultural products and fertilisers to the African continent, in particular South Africa. The leaders also noted the importance of joint work within BRICS in order to further promote the role of this association in global politics and economics.”

The Kremlin said Ramaphosa had initiated the call and that the two leaders had agreed to maintain contact.

Ramaphosa’s spokesperson, Vincent Magwenya, confirmed the call had taken place and that “the two leaders held a discussion on issues of trade and investment and the BRICS partnership”.

The discussion was also in the context of the upcoming BRICS summit next week, he added, referring to the annual summit of the BRICS partnership — comprising Brazil, Russia, India, China and South Africa. The summit will be hosted by China, but will take place virtually.

The Kremlin’s announcement that Russia could deliver food and fertiliser to South Africa and the rest of the continent comes against the background of Russia’s war against Ukraine causing major food shortages and price increases across the world, particularly in wheat, as both countries produce a large share of the world’s supply.

Sall said afterwards that Putin had pledged to address the food crisis but he did not elaborate. Russia has blamed it on Western sanctions imposed on Russia because of its invasion of Ukraine.

Western governments insist that the grain shortage, in particular, has been caused mainly by Russia blockading Ukrainian ports and preventing exports.

Western governments have accused Russia of manipulating food supplies to gain a diplomatic advantage. US Secretary of State Antony Blinken recently stated: “There are credible reports, including as we saw in one of our leading newspapers today, that Russia is pilfering Ukraine’s grain exports, to sell for its own profit.”

(See: Africa must separate the wheat from Russia’s geopolitical chaff)

A US State Department official told the Institute for Security Studies: “We have seen the reports of Russia stealing Ukrainian supplies, including Maritime Automatic Identification System (AIS) records that indicate that Russian commercial cargo vessels are departing from near Ukraine with their cargo holds full of grain.

“Ukraine’s Ministry of Foreign Affairs (MFA) made an official announcement strongly condemning the Russian Federation’s action in disposing of grain that was seized from Ukrainian farmers.

“Ukraine’s MFA reported that Russia seized at least 400,000 to 500,000 tons of grain worth over $100-million. Ukraine’s MFA also has numerous testimonies from Ukrainian farmers and documentary evidence showing Russia’s theft of Ukrainian grain.”

Wednesday’s phone call was the second between Ramaphosa and Putin since Russia invaded Ukraine on 24 February. On 10 March, Ramaphosa called Putin, later thanking him for taking his call, “so I could gain a better understanding of the situation that is unfolding between Russia and Ukraine.

“I outlined our position on the conflict that has unfolded as well as our belief that the conflict should be resolved through mediation and negotiation between the parties and — if need be — with the help of agencies that can help bring a solution to the conflict.

“President Putin appreciated our balanced approach. We believe this position can enable both parties to subject the conflict to mediation and negotiation. Based on our relations with the Russian Federation and as a member of BRICS, South Africa has been approached to play a mediation role.”

Ramaphosa never divulged who had approached him to play a mediation role and no such role has since emerged.

The first call to Putin attracted considerable criticism, in part because Ramaphosa appeared to adopt such a deferential tone to Putin. His euphemistic characterisation of the war as “the situation that is unfolding between Russia and Ukraine” was particularly criticised.

Ukraine officials were also annoyed that he had made no effort to call their president, Volodymyr Zelensky, and noted: “It takes two to mediate.”

The criticism appeared to spur Pretoria into action and it did then request a phone call with Zelensky, which took place two weeks later.

No details have yet emerged of what Ramaphosa and Putin discussed this week about BRICS, other than that it included next week’s summit.

BRICS sees itself as a counterweight to what its members regard as Western dominance in the world. It conducts various joint programmes, mainly in the field of development, partly funded through its New Development Bank, which has lent billions of dollars to each of the five member states, most recently to combat the Covid pandemic.

It is not clear how the Russian war against Ukraine might affect cooperation among its members, especially in light of the severe Western sanctions imposed on Russia.

Last month, Russian Industry Minister Denis Manturov raised eyebrows when he proposed at a meeting of BRICS industry ministers that all five countries should jointly refine oil and gas and develop green energy — avoiding the need for “unreliable external partners”. This was seen by some as a Russian attempt to bypass Western sanctions by calling on its BRICS allies.

South African officials said this proposal would be discussed at a forthcoming meeting of BRICS energy ministers. DM