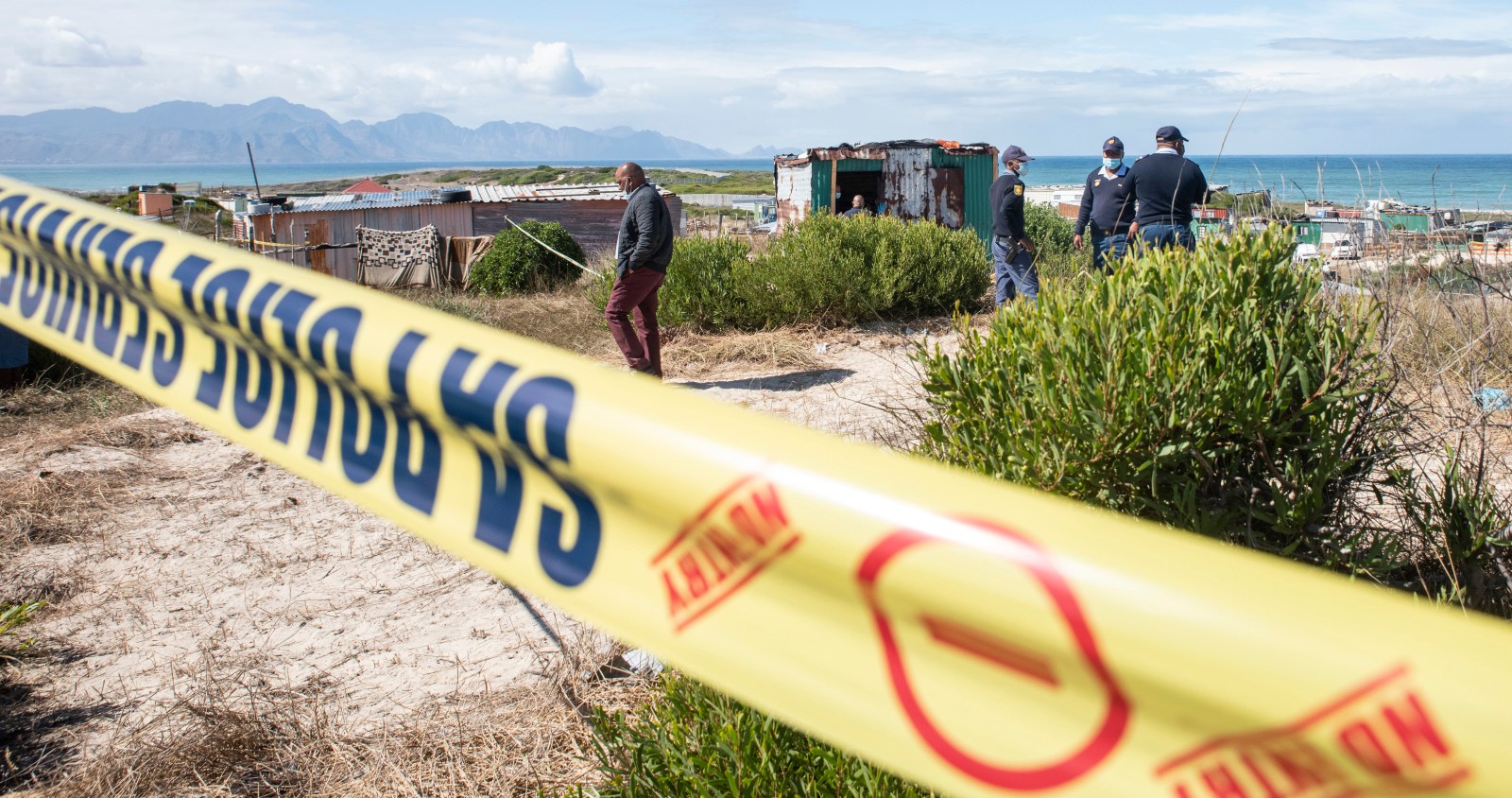 Police at the home where 4 people were murdered on March 14, 2022 in Khayelitsha, South Africa. According to a media release, South African Police Services (SAPS) have initiated a 72-hour activation plan in search of yet-to-be-identified gunmen who killed five people in Monwabisi Park informal settlement in Endlovini Khayelitsha on Monday morning. Crime experts are still scouring the scene where the murders occurred. (Photo by Gallo Images/Brenton Geach)

Khayelitsha, one of Cape Town’s largest suburbs, has been rocked by several mass shootings in the past few months. On Youth Day (with ANC councillors for the area glaringly absent) members of the community raised the situation with a delegation that included Police Minister Bheki Cele.

In the space of a year, 86 people have died in mass shootings in Khayelitsha, said Major-General Vincent Beaton, the cluster commander for the area.

The stations — Khayelitsha, Harare and Lingelethu-West — cover about 392,000 people across 12 wards, according to 2011 census data, although the area has since expanded from newer informal settlements.

Beaton told the crowd — including Police Minister Bheki Cele, Western Cape MEC for Police Oversight and Community Safety Reagan Allen, community policing structures and religious representatives — that between the three police stations, from April 2021 to March 2022, 36 dockets had been opened specifically related to mass shootings that claimed the lives of 86 people.

The area has made headlines for these mass murders.

In the latest incident in June, four people were killed in a shooting reportedly connected to extortion rackets operating in the area. During the briefing, Beaton laid out the following information related to shootings reported at the three police stations:

Beaton said in the cases where more than three people had been killed, the shootings were sparked by either retaliation or revenge.

The summit was held in response to mass shootings and ongoing crime in the area.

Speaking at the session, Provincial Community Policing Forum acting chair Fransina Lukas referred to the country’s celebration of  Youth Day. She said while the youth of 1976 had challenges with language, young people in Khayelitsha in 2022 “are confronted with crime, mass murders and unprecedented levels of unemployment”.

“Why is it that if Tyhido is suspected of murdering three or six people, he gets bail?”

Tyhido said some suspects in mass shootings received bail of less than R1,000.

“The connotation is that black lives don’t matter in that court.”

Tyhido “instructed” Police Minister Bheki Cele to tell President Cyril Ramaphosa that none of the ANC councillors from Khayelitsha was present at the meeting.

During the course of the day, police ministry spokesperson Lirandzu Themba announced that 10 new police vehicles had been handed over to increase visible policing and crime response in the area.

MEC Reagan Allen said 146 officers attached to the Law Enforcement Advancement Programme had been working at Site B and Harare.

A total of 513 murders were reported across the three police stations in Khayelitsha for the 2021/2022 reporting period. DM