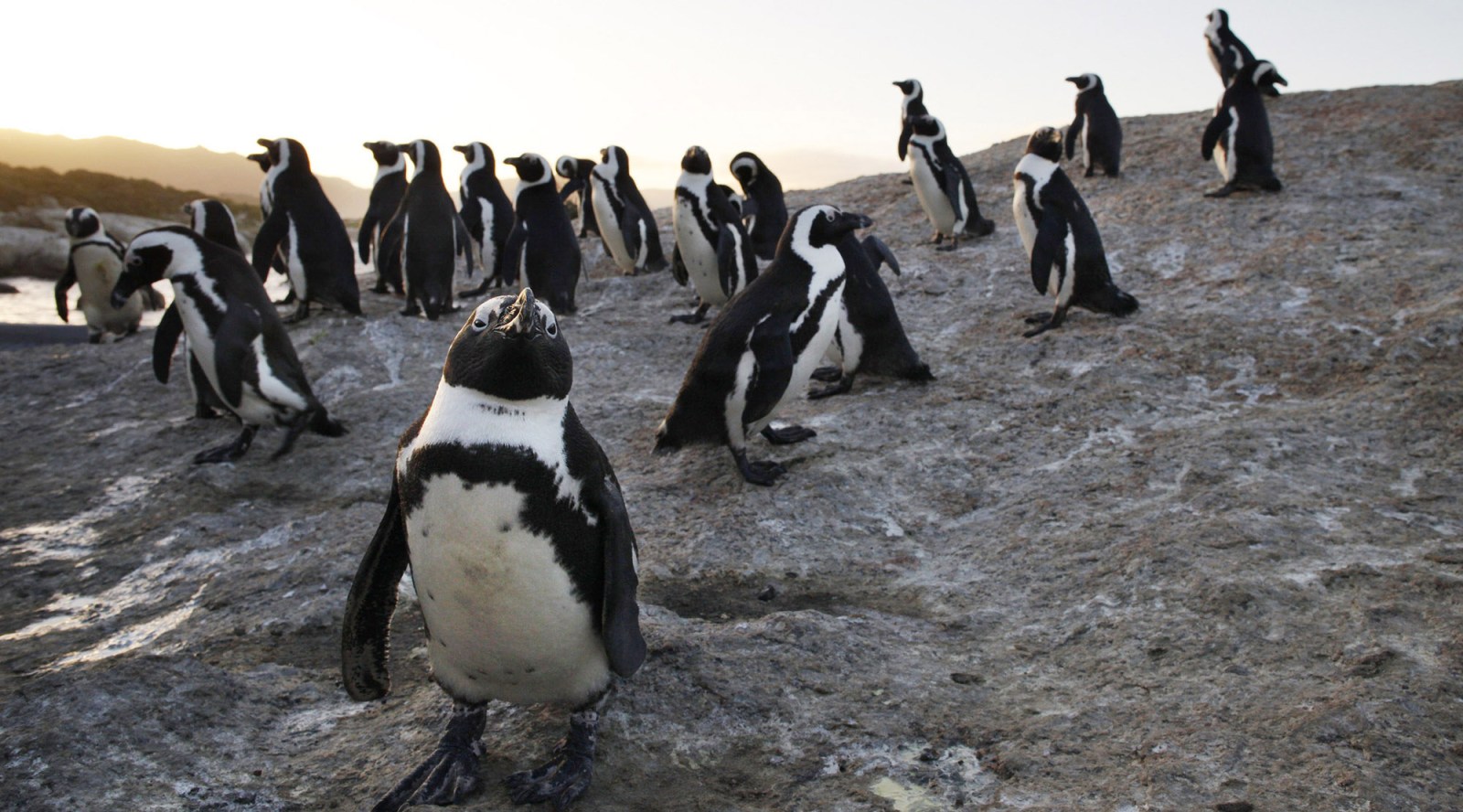 African penguins are decreasing at an alarming rate in South Africa and the population resident on Algoa Bay’s St Croix Island is severely affected.

A drastic decline in African penguin populations in the St Croix Island colony in Algoa Bay is sounding the alarm on the impact of human activity and climate change on the birds.

African penguins are listed as endangered by the International Union for Conservation of Nature.

Professor Lorien Pichegru of the Coastal and Marine Research Institute at Nelson Mandela University has been conducting research for the past 15 years on the impacts of various anthropogenic threats to African penguins in Algoa Bay. She said that the Dassen Island colony, once the world’s largest African penguin colony, had collapsed by 90% in the mid-2000s, making the St Croix Island colony in Algoa Bay the world’s next largest colony.

“Now this one is collapsing too,” she said.

Pichegru said the reason that penguins are decreasing is due to a lack of prey and sustained large fishing pressure, especially on the West Coast as the fishing industry was mostly operating from Cape Town and St Helena Bay.

That and additional pressures on the St Croix colony contributed to its recent collapse in Algoa Bay.

“I conducted a population count on St Croix Island a few months ago on behalf of the Department of Forestry, Fishery, and the Environment, with the help of South African National Parks. We counted more than 1,000 breeding pairs, which makes for approximately 2,500 penguins, accounting for those that do not breed,” she said.

Pichegru said it corresponds to a 90% decrease from 10 years ago, while the Bird Island penguin colony halved during the same time.

“Penguins hardly ever move once they have started breeding on a colony. These penguins have died. I counted large numbers of dead adults on the beach along the Alexandria dune field as part of a long-term monitoring research I am conducting with a colleague from Bayworld, Dr Greg Hofmeyr. While African penguins from all over South Africa are decreasing at an alarming rate, so are Cape gannets and Cape cormorants, all three being endangered, all three depending on small pelagic fish, sardines and anchovies, as prey.

She said the small pelagic fish stocks have dwindled recently due in part to climate change.

“We cannot change the climate to improve conditions for fish, to increase food availability for the seabirds. We can, however, stop fishing around their colonies. My research has proved repeatedly over the years the benefits of sardine fishing exclusion zones around penguin colonies for the breeding birds.

“It was confirmed on the West Coast colonies by colleagues of mine. However, no effective closures have been set in place to date for the past two years, despite the promises by the minister. These are urgently needed,” she said.

Pichegru said St Croix Island is particularly vulnerable due to its location in the lee of the bay, which limits the size of the foraging habitat of penguins.

“Changes in prey availability are felt much more rapidly by penguins breeding there. In addition, the proximity of two industrial harbours increases noise pollution levels in the penguins’ foraging habitat, and bunkering activities significantly increase the risks of oil spills, as shown by the four oil spills that occurred in the bay since 2016, since the initiation of ship-to-ship bunkering in the bay,” said Pichegru.

She said noise pollution is something scientists and the community only recently started acknowledging globally, and her latest research shows that noise levels in the bay have doubled since 2016, due to an increase in maritime traffic in the bay since the beginning of bunkering, affecting many levels of the ecosystems.

“Fish, invertebrates, birds and marine mammals use sound to communicate, find food, find mates, locate predators etc. Penguins are canaries in the coal mine, revealing the troubles underwater we cannot see. Noise mitigation measures will need to be set in place and discussions with South African Maritime Safety Authority are ongoing,” she said.

According to the Southern African Foundation for the Conservation of Coastal Birds Eastern Cape and BirdLife South Africa websites, in 1910, an estimated 1,4 million African Penguins lived on Dassen Island alone. In the late 70s the estimated number was 222,000 birds. By the late 80s this was down to 194,000 birds, and by the early 90s to 179,000 birds. Two years ago, this number had dropped to approximately 47,000 birds.

Wildlife and Environment Society of South Africa Algoa Bay branch chairperson Gary Koekemoer said the tragic irony is that at one time St Croix’s population was growing. In the mid-80s St Croix hosted 44,781 penguins and by the early 90s this had grown to 62,330 penguins.

“Pelagic fish stocks in the area have been decimated by overfishing. Bunkering too is key. The one anchorage is adjacent to the islands and the Marine Protected Areas (MPA), so underwater noise and the regular oil spills impact the penguins greatly. Climate change has an incremental impact as sea temperatures change, reefs die off, weather patterns change and thereby food chains collapse,” said Koekemoer.

He said pelagic fishing and bunkering should be stopped.

“St Croix should be isolated from humans and these [measures] will undoubtedly help restore one of our Bay’s key indicator species. Is that feasible? Some say absolutely, we would be mad not to. Others say the opposite, we’re mad to think we can stop all sea-based economic activity and we shouldn’t as it puts food on tables.”

He said there is a need to do a proper environmental risk assessment and curtail fishing in close proximity to the colony.

“Move anchorages to a new spot that creates a buffer zone and move the shipping lanes. Strictly police the existing bunkering requirements. Put pressure on decision-makers and their institutions to get off their butts and do the things already agreed upon,” he said.

Koekemoer said they need to get bunkering operations and the companies who gain from using the bay to pay their tax like every other business, to fund proactive conservation and restoration initiatives.

Managing director of Enviro-Quest Ronelle Friend said the drastic fall in penguin numbers on the island occurred in the last five years, coinciding with the timing of ship-to-ship (STS) bunkering in the bay.

Pichegru adds: “As penguins are indicators of the ecosystem, their protection is likely to benefit other species in their habitat. Communication is key in conservation and dialogues between environmentalists and industries are crucial to move together towards a sustainable future.” DM/OBP