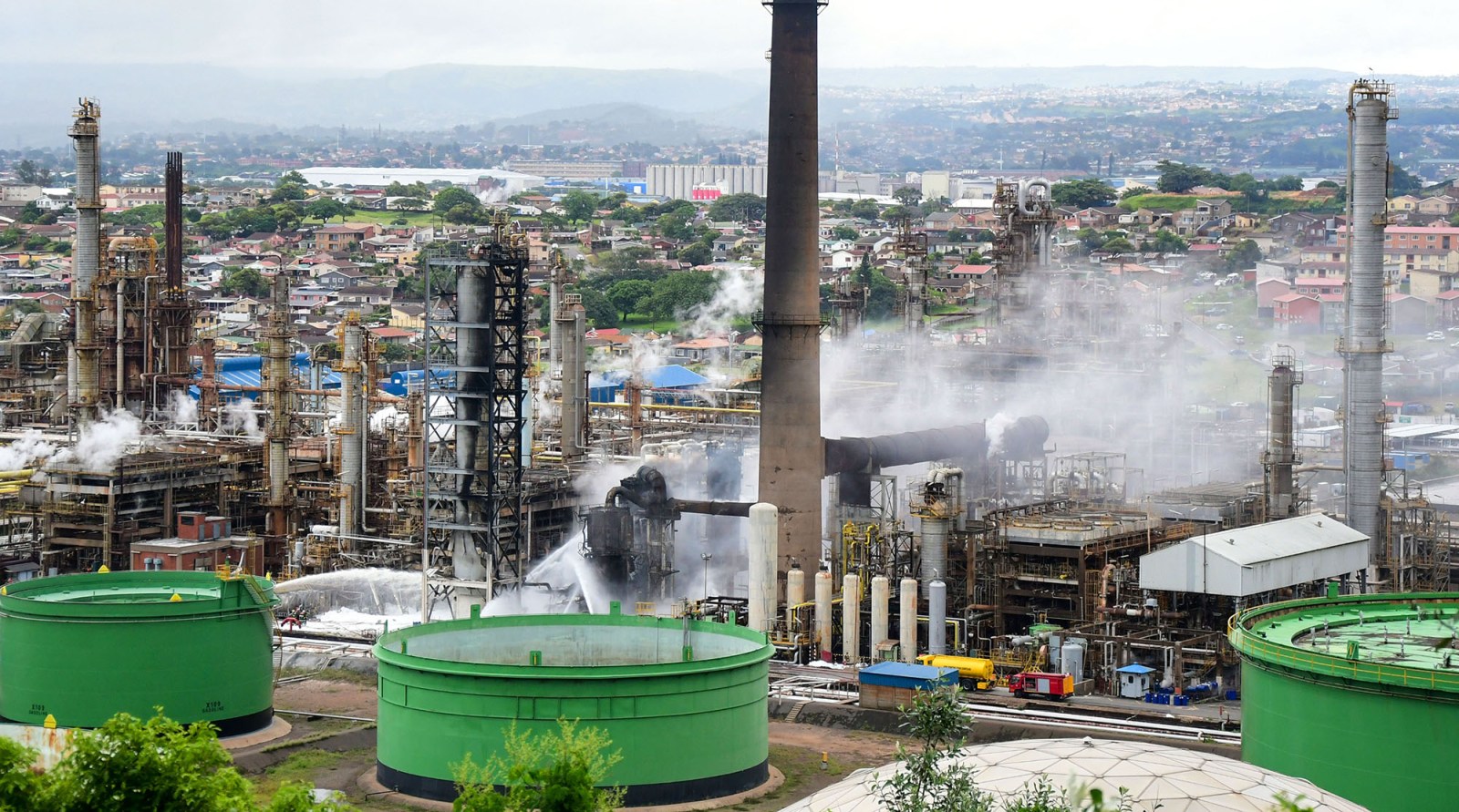 A group of angry residents of Merebank and surrounding areas braved the rain and protested outside the Engen refinery on Wednesday, 15 June, in response to the oil giant’s plans to continue with its moves to set up a fuel storage depot in the refinery.

This comes 18 months after the same refinery was in hot water for a fire that broke out and left families without shelter in December 2020.

Earlier last year the oil company announced that it would close down the refinery and make way for a storage facility by the end of 2023. Residents including leaders of the activist group, the South Durban Community Environmental Alliance (SDCEA) vowed that they would not allow Engen’s plan to continue without a fight.

The refinery has for a long time been a thorn in the side of those living in the Durban South community including Merebank, the Bluff, Lamontville, and Wentworth.

Merebank resident Victor Kupsamy (63) said they think this has been in Engen’s pipeline for a while, since before the fire that affected the Wentworth families.

He said while they are against what the company is planning they were open to supporting a different initiative.

“Instead of changing the refinery into a storage facility, why not turn that place into a solar energy plant?  Engen could then come to the party by financing it,” said Kupsamy.

He said the land in the area has been polluted for too long by the oil company and that was the least they could do instead of bringing in more pollution and havoc to the community living around it.

According to him, driving around the area is already difficult with all the current problems caused by the road works that need to be done on the M4.  Apart from this they are worried about the growth of storage areas where containers are being housed as this was recently shown to be hazardous during the floods.

If it were up to him, Engen would leave the area and house its oil in another area.

Tony Kistan, (64) another community member from Merebank said they are concerned about the constant movement of trucks once the storage facility is up and running.

“We think that this expansion might lead to thousands of trucks being on our roads. This will also lead to us having oil spills,” said Kistan.

He said they were also concerned about what the oil company is going to be storing in the facility as it is not clear if it will be oil only.

Last year the community thought that Engen was announcing its departure – and their freedom from having to fight the oil mogul.

Kistan said this move continues to show that the oil company is hell-bent on polluting the area and making its residents sick.

Bongani Mthembu, air quality officer for the SDCEA, said the community were there to submit a PAIA request to Engen.

Mthembu said some of the concerns raised with Engen include issues such as accidents, road damage due to the influx of trucks, and an increase in sex workers, among others.

“For Engen to be receiving such a high number of trucks during non- -operational times is a shocker to us because once it is converted to a chemical storage facility that means it’s going to be worse because we are talking thousands of trucks a day. That cannot be allowed. It just cannot be allowed,” said Mthembu.

James Nyawera, manager for operations at Engen, said they had received a document from the organisation and the community but had not gone through it yet. DM