Of Bikes and Hikes

Durban North Beach: ‘Oh I do like to be beside the seaside’ 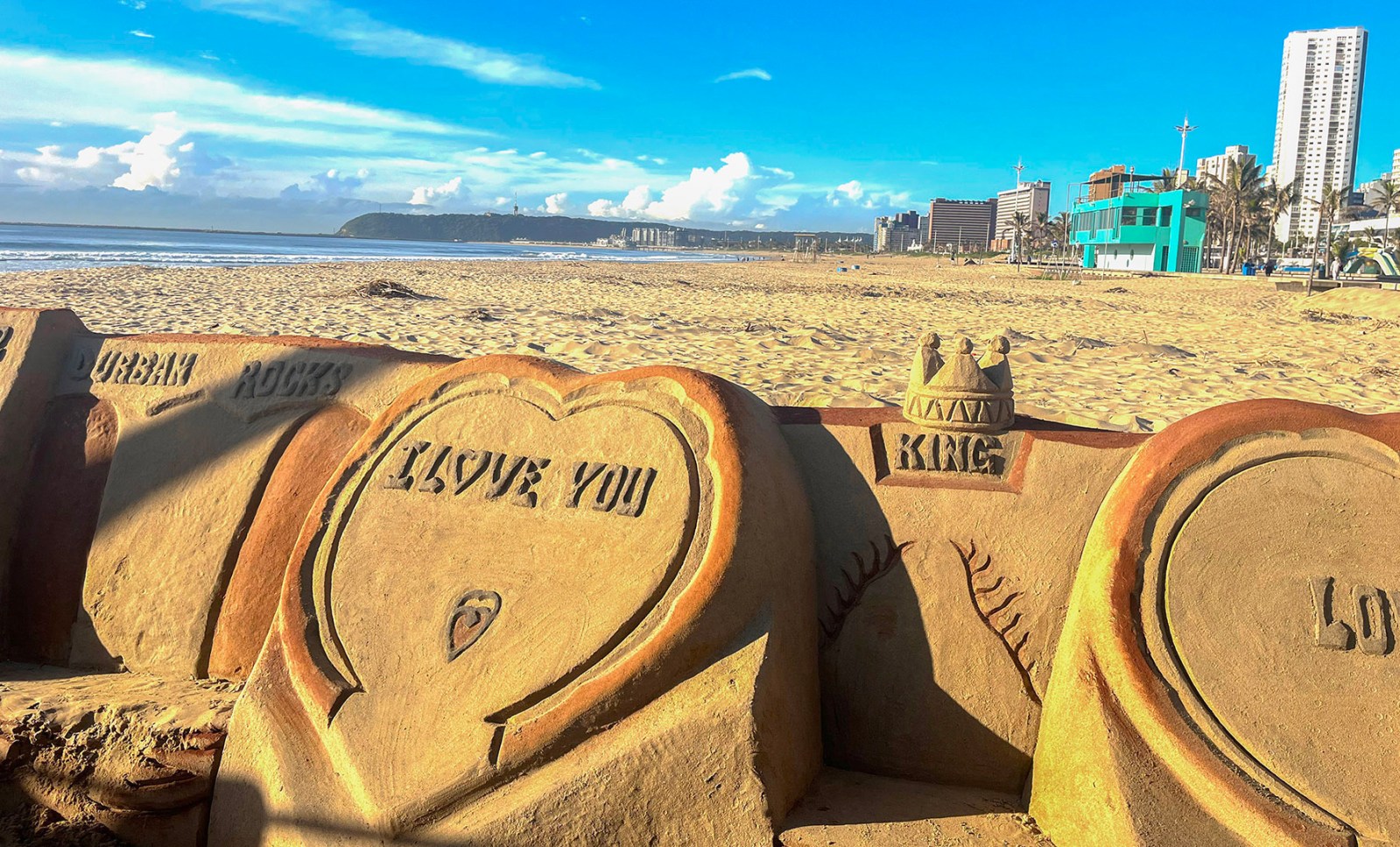 This is the story of a run. A run lies halfway between a bike and a hike. This run only took one hour, but even a short run can open a book of revelations. I record it as proof of how much living is possible in a mere 60 minutes.

It started at the Palace Hotel on Durban’s North Beach and ended back there an hour later.

Durban, a city that has had it bad in recent years, ravaged by riots in July 2021 and then by rain bombs. The city, however, is not new to outbreaks of murderous violence sometimes based on race or ethnicity, such as in 1949. Riots have a habit of tearing the mask off what tourist agencies and governments would rather airbrush out of the picture: poverty, vulnerability, racism.

And most commentators have short memories.

And the North Beach promenade is one such place.

Today its glory has faded, but it’s glorious all the same. That, I think, is something intrinsic to seaside promenades. It was once captured in a silly mid-20th century English ditty that some of you may recall: “Oh, I do like to be beside the seaside.”

Today, North Beach has wrinkles and a drawn facade. Its 2010 World Cup make-up has now thoroughly faded. But it’s spotlessly clean, thanks to municipal workers, and safe, thanks to regular patrols by the SAPS. This makes it a great place to observe South Africa’s polyglot peoples at peace: running, riding, praying, surfing, fishing, begging…

Here you see recent migrants from the Indian subcontinent and people of Indian descent who now call themselves South Africans. The Lotus People, Aziz Hassim’s classic novel of the city and Indian people’s encounter with its changing shapes and tells that story.

Here you see people in distinct yellow ANC T-shirts, handed out at rallies, and worn not as a sign of political affiliation to one faction or the other, but just because poor people have not much else to wear. A few years ago the T-shirts carried Jacob Zuma’s portraiture. Now they have made way for Cyril Ramaphosa.

Just off the beach a long queue of container ships idle, waiting for Transnet to sort its shit out, adding incrementally to the damage of the oceans.

On such a stage, with lazy legs, I plod down past the Addington Hospital, named in 1879 after a 19th-century British Prime Minister and still not divested of its anomalous nomenclature. It probably escaped decolonial name-shedding because no one remembers what a bastard Addington was. But ironically, given that their lives and their wars overlapped, Addington hospital juts up against the equally misnamed uShaka Marine World. Yet, as far as we know Shaka’s only penchant for the sea was for throwing his enemies into it.

At the end of North Beach, with The Bluff (isibubulungu) looming larger and larger, you reach the harbour’s entrance. Here I came across two security guards working for Transnet maintaining a bored guard, but fiercely determined to prevent terrorist runners from advancing along the pier to a logical turnaround point. As I politely asked to be allowed to run to the pier’s end they demonstrated remarkable fealty to a state-owned enterprise that can leave its vaults wide open to grand theft but will have you arrested for running along a pier.

Thwarted, I turn back, running this time along the water’s edge. As I ran, what I failed to gain in pace I gained in what Gerard Manley Hopkins once termed “inscape”; those flashes of revelation, observed in The Windhover and presciently foreseen and mourned in advance about a world we are now all too familiar with.

Writing in 1877 Hopkins must exemplify one of the world’s first cases of what we now call solastalgia, as he lamented how:

“… all is seared with trade; bleared, smeared with toil;
And wears man’s smudge and shares man’s smell: the soil
Is bare now, nor can foot feel, being shod.”

But despite all the damage we are wreaking, the sun goes on rising and was rising again that morning. Waves lapped the shore, carrying bits of plastic rather than pebbles.

This is your world. Or, as George Orwell put it, this is “My Country, Right or Left”.

On that day, with endorphins elevated and senses aroused, my last thoughts were of how hard it was to imagine that in this same world, a few continents away, the sky was raining bombs. Vladimir Putin was probably out of the toilet and putting on his makeup to preside over a Victory Day parade in Red Square. The illusion of distance is a wonderful thing. It helps the shadow people who are making a killing from the killing.

But on North Beach that morning it was all about the people, the blue sky and the peace. DM/MC/ ML