Tulio de Oliveira — Scientists in Africa should be recognised, not punished, for scientific discovery 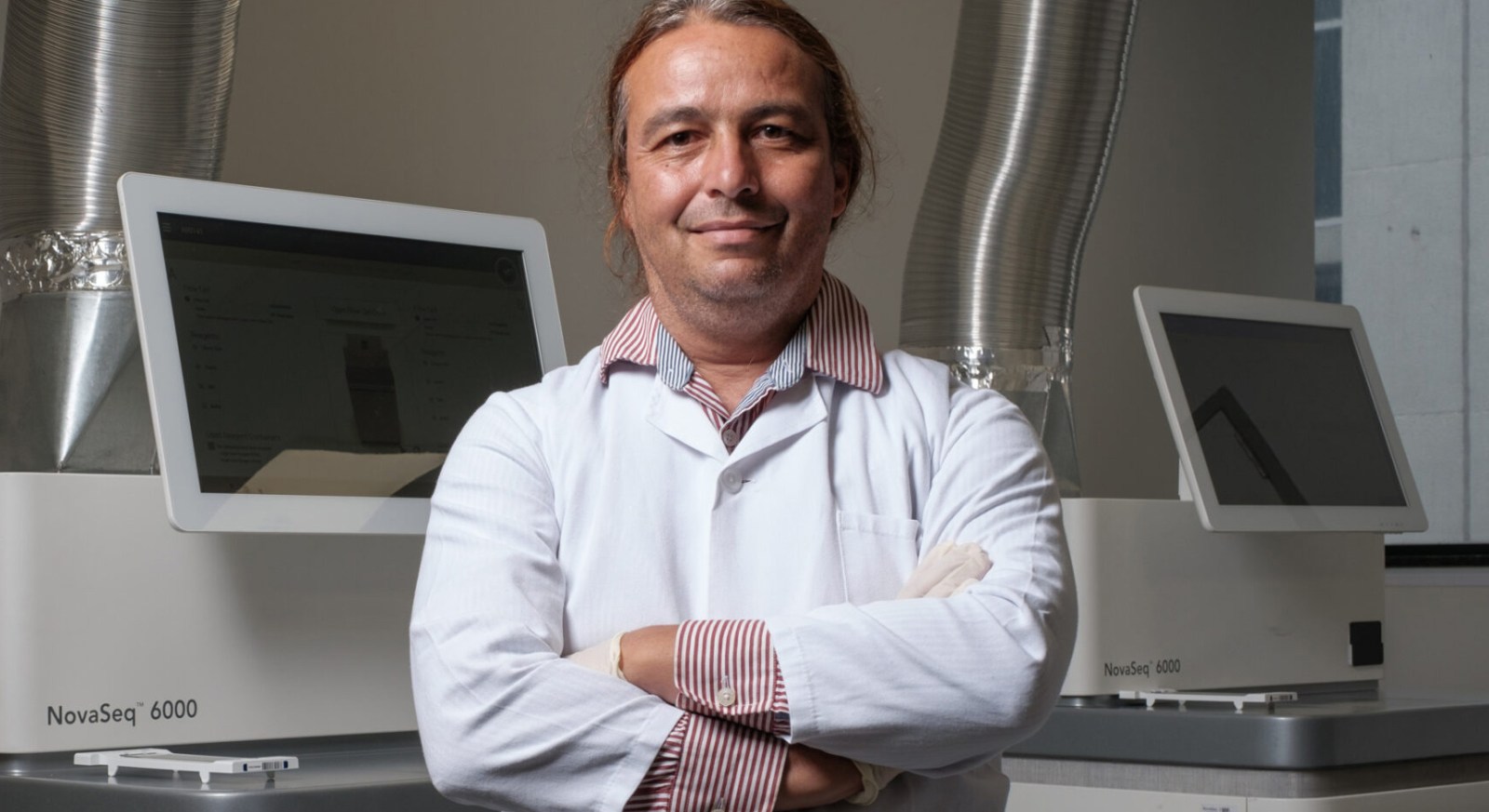 The SA bioinformatics expert was recently honoured with ‘Time’ magazine’s 100 Most Influential People of 2022 award. Biénne Huisman talked to him about his part in the discovery of new Covid-19 variants, and more.

De Oliveira keeps a tight schedule. Just back from Stockholm, where he addressed the world’s top Covid scientists at the Nobel Symposium of Medicine, he led the team that in 2020 first detected the Beta variant of Sars-CoV-2, the virus that causes Covid-19. De Oliveira and his team also detected the Omicron variant last year.

“So it was 26 scientists, invited from around the world to Stockholm,” says De Oliveira, “the main scientists who identified the virus created the vaccines, evaluated all the main therapies, identified variants and run the best vaccine clinical programmes in the world.”

Seated at “meeting room 2” — an outdoor bench flanked by lemon trees next to the South African Centre of Excellence in Epidemiological Modelling and Analysis (Sacema), housed in a restored Cape Dutch building in Stellenbosch — De Oliveira is dressed in knee-length shorts and a K-Way jacket. The man who heads the state-of-the-art local laboratories that first identified Beta and Omicron — Stellenbosch University’s Centre for Epidemic Response and Innovation (Ceri) and the KwaZulu-Natal Research Innovation and Sequencing Platform (Krisp) — has a surprisingly unaffected demeanour. Hair tendrils escape his ponytail as he laughs.

Behind the variant discoveries

Speaking to Spotlight, De Oliveira, in his Brazilian accent, recalls the detail of their discovery. “We run a very effective, what we call the Network for Genomics Surveillance in South Africa. When we find anything new, we can transport hundreds and hundreds of samples from hundreds of clinics in South Africa, to all the main labs that can do quick genomic surveillance. I run the two main ones, both Krisp and Ceri.

“What people don’t understand is that finding the first genome … is not difficult. The more difficult thing is to validate that this is a variant of concern, very quickly. And that’s what we did very well with the Omicron.”

“At that time I was sitting in Durban,” says De Oliveira. “I just sent a WhatsApp to everyone saying, ‘Guys, I think that’s a new variant.’ And then everyone stops everything. And we meet, a very senior group of people. It’s almost like a commando team, a SWAT [Special Weapons and Tactics] team, you look to each other, and everyone knows exactly what to do…

“Thursday morning, the 25th, we presented to our two ministers, Blade Nzimande [Minister of Higher Education, Science and Technology] and Joe Phaahla [Minister of Health]. Then we talked to the President at 10am,” he says.

How did President Cyril Ramaphosa respond?

De Oliveira laughs. “Oh the President, I’ve talked to him many times. Half of the time he goes, ‘Not you again, Tulio!’ He said: ‘That’s not good news. But it is better for us to be transparent, otherwise it will leak to the media very quick. Better that we give all of the information quickly.’ So by midday, the health minister had called for an urgent press briefing. He chaired that and asked us to present the information. On Friday, we had an urgent meeting with the World Health Organization,” De Oliveira recalls.

Initially dubbed by some “the South African variant”, Omicron rapidly globally became the dominant variant of the virus, identified in 87 countries within three weeks. Its discovery resulted in stigma and animosity, with world leaders closing their borders to South Africa and local scientists even receiving death threats.

“However, it soon became clear that although the variant was discovered in South Africa, it did not originate here, and the safety measures seemed more punitive than preventative,” says De Oliveira.

Reflecting on the Covid pandemic, he says: “The pandemic was a terrible thing from a health point of view, also from an economic point of view, and psychological. But at a scientific level, it was phenomenal how we could identify a new emergent virus within days and then develop diagnostics, develop vaccines and track the vitals in real time.”

In a piece recently published in the medical journal The Lancet, De Oliveira calls for global health leaders to recognise — instead of punish — researchers in Africa.

“It is time,” he says, “to enter a new global phase where researchers in Africa are recognised and not punished for their scientific discoveries. Scientists in Africa and other LMICs [lower middle-income countries] have key contributions to make in advancing global health, especially in areas such as epidemic response and infectious diseases.”

De Oliveira was born in Brasília, the capital of Brazil. His family later moved to Porto Alegre, where he was placed in a programme for gifted children when he was six years old. Here he would learn about computers and programming. He received his first 16KB RAM computer from his uncle when he was 10 years old — one that still used a television as a screen.

He recalls his roots. “My mother, Maria Joao, an architect and civil engineer, was originally from Mozambique. She was involved in the freedom movement there. She went to Brazil because it got very dangerous with the civil war; she basically went into exile. And then the day that Mandela became president, she arrived at dinner and said: ‘We are going back to Africa’. She knew that the war would finish in Mozambique because it had been funded by the apartheid government. So she went back to Maputo to take some big positions at the United Nations to help reconstruct the country. Me and my two sisters, we went to university in Durban.”

Despite his titles, De Oliveira likes to be called by his first name. He prefers small towns to cities and regularly rides his bike to work from his home in the Stellenbosch suburb of Brandwacht. His wife Astrid works at Stellenbosch University’s Africa Open Institute for Music, Research and Innovation. They have three children.

De Oliveira was nominated for Time’s prestigious annual 100 Most Influential People list in the “pioneers” section, alongside his former PhD student, Dr Sikhulile Moyo, director of the Botswana-Harvard HIV Reference Laboratory in Gaborone.

Moyo obtained his PhD in medical virology in 2016. Others on the Time 100 list for 2022 include Ukrainian president Volodymyr Zelensky.

On its website, Time states: “Scientists in Africa have been monitoring and sequencing pathogens since long before the pandemic. The world benefited from this network when scientists including Sikhulile Moyo and Tulio de Oliveira identified and reported on the emergence of the Omicron variant last November. It was a transformational moment and a shift in paradigm…”

A first for South Africa, Stellenbosch will host the Physics Nobel Symposium on “predictability in science in the age of artificial intelligence” in October, with De Oliveira set to address delegates. DM168

It also appeared in our weekly Daily Maverick 168 newspaper, which is available countrywide for R25.