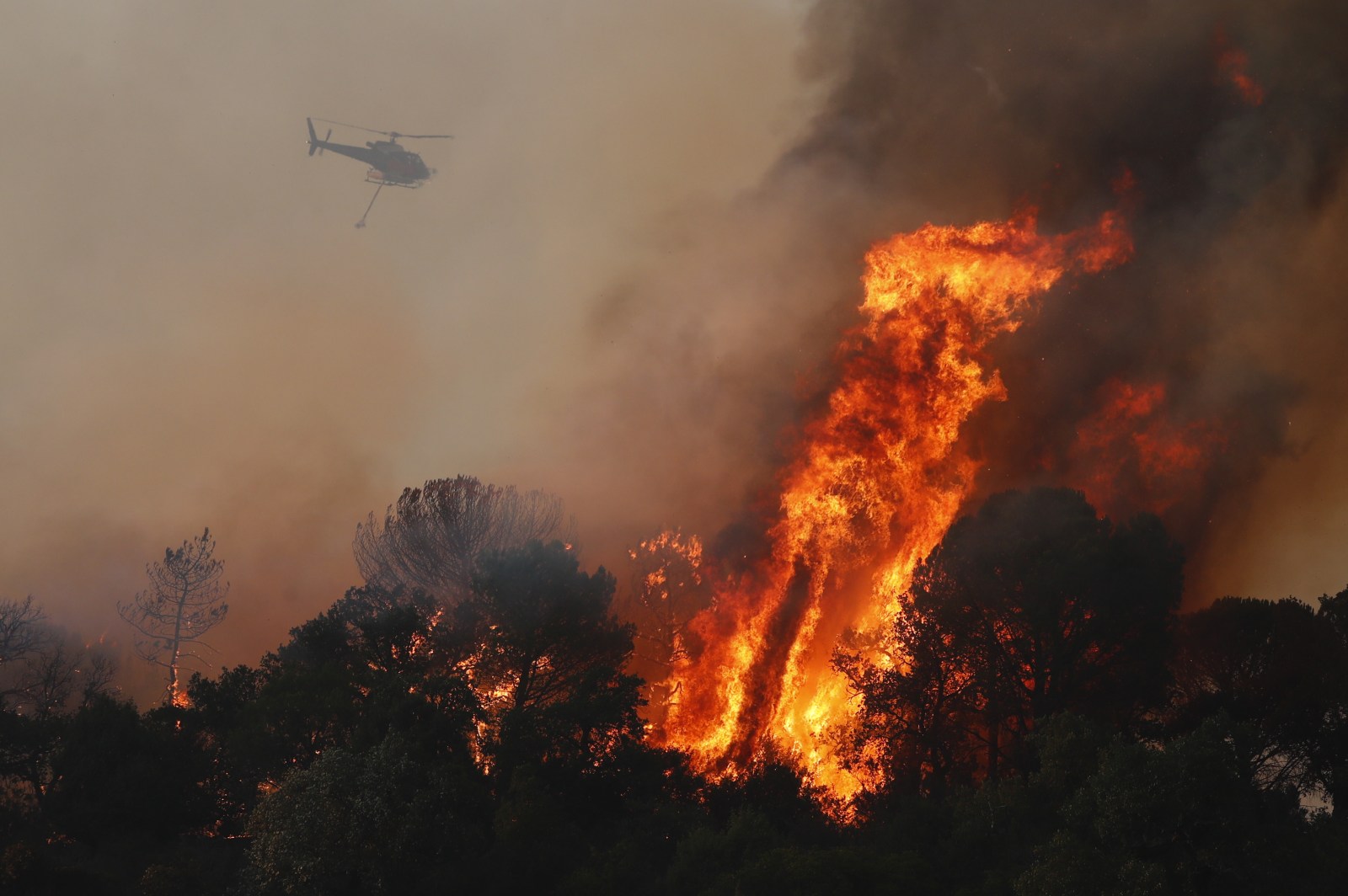 PARIS, June 15 (Reuters) - More than 100 firefighters were deployed on Wednesday to tackle a forest fire in southern France, as forecasters said one of the earliest heatwaves in decades was threatening to engulf parts of the country.

The blaze in the Lozere region, which had burned 70 hectares, had been brought under control overnight but there was a high risk that it could reignite, the local prefecture said.

State forecaster Meteo France said a “severe and early heatwave”, caused by a mass of hot air moving up from north Africa, was settling in.

It defines a heatwave as a period of abnormally high temperatures sustained over several days, and said 40°C (104°F) could be passed on Friday in the South West.

Weather channel La Chaine Meteo said that, if confirmed, June 17 would be the earliest date on record in France that this temperature threshold was crossed.

In Bordeaux, local authorities were preparing to deliver water to the homeless, Le Monde reported.

Fire crews have this week fought several fires in the Gard, an administrative department along the Mediterranean coast, and state utility EDF EDF.PA said on Monday that production restrictions were expected through the week at the Saint Alban nuclear plant due to a low flow rate on the Rhone river.

In Paris, the mercury could reach 35 Celsius on Saturday before an expected storm cools temperatures, Meteo France said.

France’s highest ever temperature – 46°C – was recorded on June 28, 2019, in the southern village of Verargues.

Neighbouring Spain is enduring its earliest heatwave in over 40 years, with temperatures topping 40°C in some central and southern areas this week.

Both countries this year recorded their hottest May on record, further drying out soils that have received little rain this year.