Jobs for homeless people at stake as stimulus funding e... 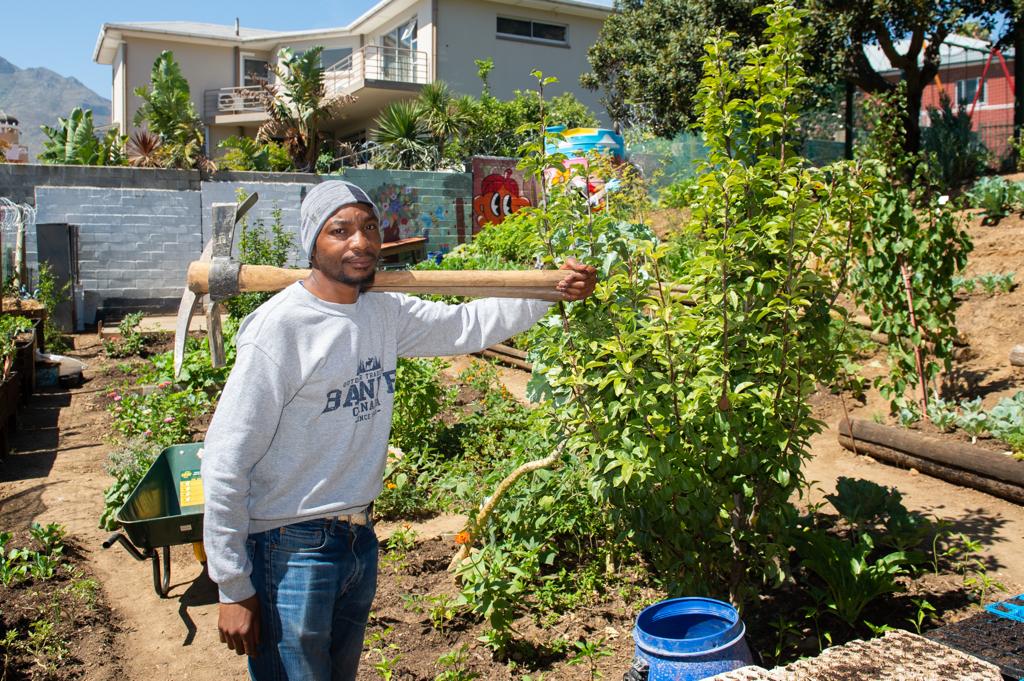 Peaceful Ndlangmandla is one of the homeless people employed by the Souper Troopers project in Cape Town. The project could end in July when funding from national government through the City of Cape Town stops. (Photo: Supplied byGroundUp)

A Cape Town project which funds, among other things, the employment of hundreds of homeless people could come to an end soon.

According to the City of Cape Town, the Presidency in 2020 announced an Employment Stimulus Plan in response to the devastating economic impact of the pandemic. As part of the plan, municipalities were offered to upscale public employment programmes by applying for funding.

The City was awarded R160-million by the National Treasury. Among the projects that were included in the Public Employment Programme (PEP), was a project aimed at addiction and reintegration support for homeless persons.

Souper Troopers is a non-profit organisation based in the city centre that helps homeless people through counselling, skills training, family mediation, job preparation, and creative workshops, among other things.

According to the organisation’s Caryn Gootkin, Souper Troopers currently employs 25 people. The project was among several non-profits that collaborated under Khulisa Streetscapes that received funding from the City to employ 500 homeless people.

Gootkin said their funding is only until the end of June. “We are working with our NGO partners [headed by Khulisa] to find ways to make this programme happen. We’re not sure whether there will be a gap between this instalment ending at the end of June and the next programme starting possibly later this year,” she said.

When we visited the group in Bree Street, we met 36-year-old Chuma Somdaka from Gugulethu. She said she was forced to leave home eight years ago after being harassed and assaulted because of her sexuality.

She explained how living on the streets in Gardens is even more challenging with her prosthetic leg. She was hit by a car in 2007 and when her mother, who lives in the Eastern Cape, lost her job she was also forced to drop out of her second year at college.

Somdaka is now one of the many people who have benefited from the project. Each member gets a monthly stipend for their work which includes cleanups, painting and gardening. Somdaka said since joining the Souper Troopers, she has become optimistic about her future prospects.

Souper Troopers have started a petition to Cape Town Mayor Geordin Hill-Lewis to oppose the discontinuation of the funding. The petition, with nearly 1,666 signatures so far, wants the government to continue funding projects like theirs.

“One of the partner organisations registered for this programme is running a supportive housing project in Observatory. It currently houses 24 people who make rental contributions from the stipends they earn on the programme. Without these stipends, they will most likely be back living on the streets and in public spaces given the lack of suitable accommodation and shelters,” states the petition.

Grant Twigg, Mayco Member for Urban Waste Management, said the City will be applying for additional funding from the national government. He said the PEP funding helped create more than 3,000 temporary work opportunities for residents.

“The City is doing all it can to assist these vulnerable residents. We hope to continue the very valuable projects that have come about because of the PEP funding. We are engaging with Treasury on the way forward and hopefully unlocking additional funding,” said Twigg. Until funding is secured, the fate of everyone employed by the project is at stake.

Attempts to get clarity from the Treasury about the funding to municipalities were fruitless. DM